Catalysts are materials that accelerate chemical reactions and can be categorised into two major types: homogeneous and heterogeneous. A heterogeneous catalyst is one that is used in a catalytic converter installed in a car, which cleans the exhaust gas. The exhaust gas produced from the engine contains hazardous chemical compounds, such as unburnt hydrocarbons and nitrogen oxides, which must be removed before the exhaust gas being released to the atmosphere.

Inside the catalytic converter, the hazardous compounds passing through the holes of the converter are in contact with the catalyst surface and chemical reactions occur to generate chemical compounds that are less detrimental to the environment (see Figure 1). The reacting hazardous compounds and catalyst exist in the gaseous and solid phases, respectively. This type of catalyst, which works across the abovementioned phases, is called a heterogeneous catalyst.

Homogeneous and heterogeneous catalysts are widely used to produce chemical products that help support daily human life. Therefore, the development of high-performance catalysts is not only important for accelerating industrial processes but also essential for the sustainability and development of our society. 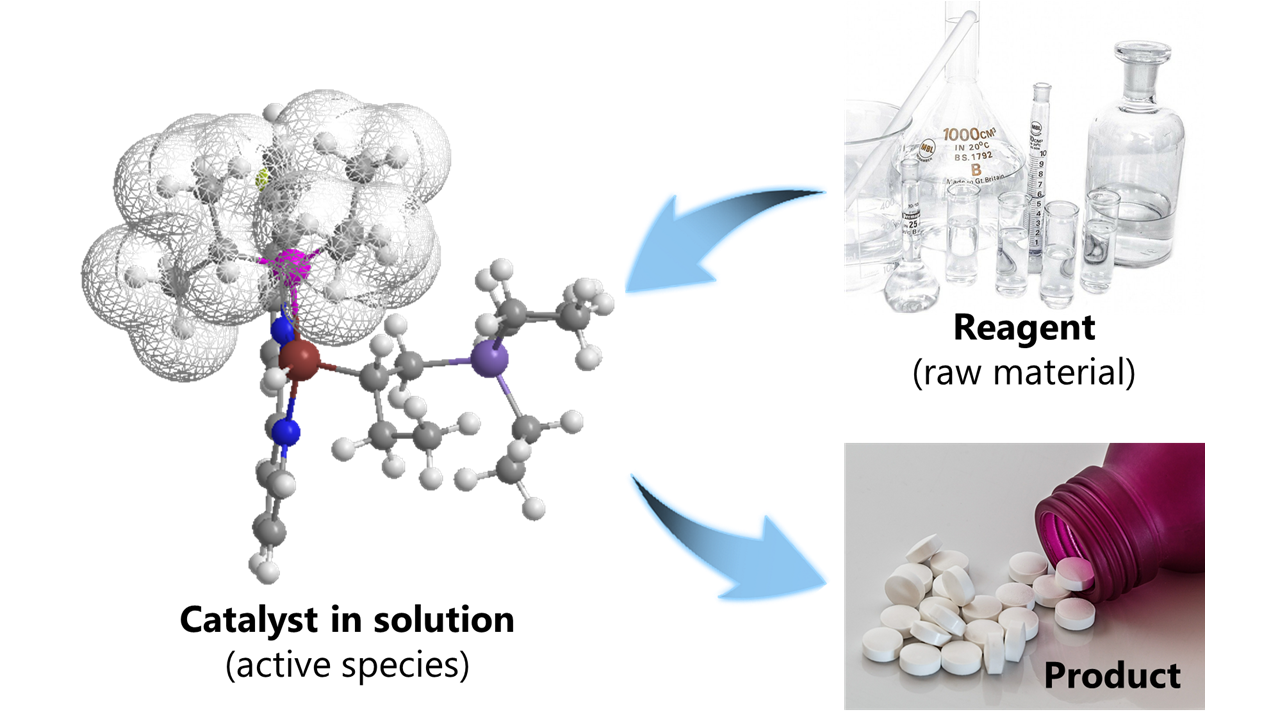 In a homogeneous system, the molecular structure determines the catalytic performance, including durability, reaction rate and product selectivity. Therefore, clarifying the type of catalyst structure that shows high or low performance for a certain reaction is one of the most important pieces of information for improving a catalyst.

However, the catalyst molecules are so small that they are invisible to the naked eye. Although various analytical methods have been developed to obtain structural information about the catalyst molecules, these methods still require considerable time and are costly. In recent times, molecular structures are elucidated using theoretical calculations in combination with experimental data. This makes it possible to estimate the number of catalysts that are difficult to realise experimentally, which not only reduces the cost of performing the experiments but also promotes efficient catalyst development by obtaining reliable structural information.

Calculations supporting the development of catalysts

In our group, inexpensive and Earth-abundant iron, for use in homogeneous catalysts, has been developed for reactions that produce silicone materials and organoboron compounds.

During the research, computational structural analysis was very helpful. For example, the molecular structure of the iron-based catalyst for silicone production was spatially divided and analysed computationally, and it was found that the partial structure in the left hemisphere (in green, see Figure 3) did not have a significant effect on catalytic performance.

In particular, computational chemistry can provide information on structures that have taken a long time to be confirmed and the active species of catalysts that can be realised experimentally. By using a combination of experimental and computational methods, the development of catalytic reactions will continue to accelerate in the future. 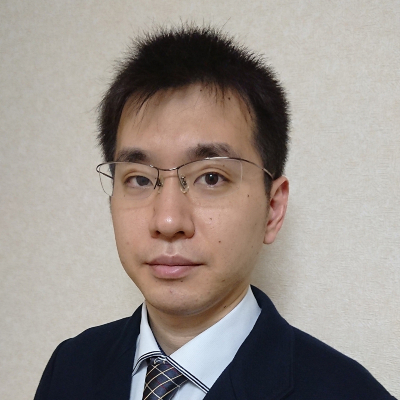