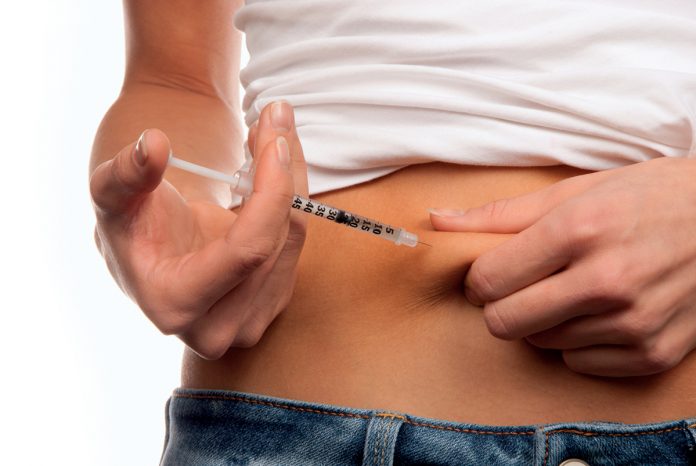 I am Co-chair of the InDependent Diabetes Trust which is a patient-based registered charity entirely funded by voluntary donations aiming to provide information and support to people living with diabetes and to listen to and represent their needs.

My involvement with diabetes started in 1975 when my daughter was diagnosed with Type 1 diabetes (T1D) at the age of five years. It was a time of long needles, glass syringes and urine testing.

This was a generation who had to fight for everything, we battled to obtain disposable syringes free on an NHS prescription. When blood glucose reagent strips came in for home blood glucose monitoring, we battled to obtain them free on the NHS but in the meantime, we cut the strips in half so that we got twice as many tests from one pot of strips!

For people living with diabetes, home blood glucose monitoring was the major change in managing blood glucose levels because for the first time, they knew what was happening to their glycaemic control. It also changed the lives of parents and partners, because they could carry out tests when their family member was hypo- or hyperglycaemic and deal with those situations much better. So, the quality of life improved for everyone.

The FreeStyle Libre flash glucose monitoring system is the latest innovation. This device means that finger-prick blood glucose tests people carry out four to 15 times a day can be replaced with a sensor on the arm which is scanned as often as required. This method is less intrusive, less disruptive and without pain!

On March 7th 2019, NHS England published the criteria for people with T1D to obtain the FreeStyle Libre free on the NHS but it is difficult to understand the logic or the fairness of these criteria. For instance, children and adolescents with T1D are not included, yet this is a group who really need this device both for comfort and to encourage them to test more frequently.

Equally, there is no mention of other co-morbidities which make glycaemic control more difficult and nor does it mention people with Type 2 diabetes (T2D) who are treated with insulin and therefore need to self-monitor.

In 2019/20, the maximum amounts that Clinical Commissioning Groups (CCGs) will be reimbursed for the ongoing costs of the Libre sensors will be up to 20% of their T1D population. While there will no longer be a postcode lottery of availability as promised, availability is being rationed to 20% of people with T1D in each CCG. For instance, in Darlington CCG the 20% figure is 112 patients with T1D, so what happens if you are patient number 113 but still fit into the criteria for the Libre on the NHS?

The vast majority of people with T2D who are not taking insulin are not allowed blood glucose test strips on the NHS because research suggests that testing does not improve overall blood glucose levels. This decision fails to recognise that some people feel safer knowing what their glucose levels are, especially if they live alone.

Recently people in this group who have been using test strips for many years are being informed that they can no longer have them.

Understandably, they no longer know how they are now supposed to control their diabetes. Recommendations are that average blood glucose levels are measured by HbA1c tests carried out every three to six months. This may be satisfactory if people actually have their HbA1c tested every three to six months, but this does not always happen so people can go months not knowing what their level of control is!

People across England are being denied vital cataract surgery by their local CCGs. Research by the Medical Technology Group (MTG) in March 2019 has shown that 104 of the 195 CCGs in England restrict access to cataract surgery by including this on their lists of ‘Procedures of Limited Clinical Value’.

These lists are normally reserved for complementary therapies or cosmetic procedures where there is little evidence to prove their cost-effectiveness or clinical benefit. Yet in the national clinical guidelines published by the National Institute for Health and Care Excellence (NICE) in 2017, the cost-effectiveness of cataract surgery, is stated as having ‘a high success rate in improving visual function, with low morbidity and mortality’.

Cataracts are part of the natural ageing process that applies to everyone, the only thing that varies is the age of onset. Cataract surgery is a simple operation with low risk but without it, people have visual impairment and blindness. With surgery, people can maintain their vision, their independence, their employment, a reduction in the risk of falls and do not have to claim benefits. Restriction of cataract surgery is rationing, short-termism and does not consider quality of life.

Footcare for people with diabetes

The number of amputations among people with diabetes is continuing to increase and while there are changes for emergency care of feet in hospital when a crisis happens, there is a lack of NHS podiatrists in the community to help to prevent the damage occurring in the first place. Once again, this appears to be a cost-cutting exercise that in the long-term does not save money and certainly is detrimental to the quality of life of the affected people with diabetes.

In making such decisions, there are common factors that CCGs do not appear to be considering, the quality of life of people with diabetes treated with insulin. The term ‘quality of life’ should not be taken lightly. Let us just look at what living with this condition means for children and adults: at least four injections a day, four to 15 finger-prick blood tests a day, living with the daily fear of hypoglycaemia, the risks of diabetic ketoacidosis and the fear of, and sometimes the reality, of long-term complications and higher than average rates of depression. Add to this that there are options to make this life easier and improve the quality of life, but CCGs and NHS England are rationing these options. They should think again.