Home Open Access News Technology News Digital immunity certificates: The use of tech to transition out of lockdown

Edgar A Whitley, Professor at Department of Management, LSE, co-chair of PCAG and consultant on the Ada Lovelace review, highlights problems with digital immunity certificates and contact tracing apps

Governments all over the world have been looking into how technology can be used to support transition out of lockdown measures during the COVID-19 pandemic, including contact tracing applications and digital immunity certificates.

In early May, residents of the Isle of Wight were part of a trial for the NHS contact tracing app. An app installed on the user’s phone uses Bluetooth to measure their proximity with other users of the app as well as the length of the contact. If an individual reports that they have been infected with the virus, individuals who, according to the app, have had prolonged contact with that person are contacted automatically and given advice on what to do next, such as whether to self-isolate. The purpose of this is to allow individuals to go about their daily lives and for a semblance of normal society to continue, with only those who are deemed to have been in contact with infected individuals having to self-isolate.

The effectiveness of a contact tracing app increases as more people download, install, and use the app. Scientific models have suggested that 80% of smartphone users across the UK would need to download the app for it to be effective. For comparison, Whatsapp, one of the most popular messaging apps in the world, has not reached 80% market share, even after 11 years on the market. It is likely that design choices around how the app data is shared, who with and how long it will be stored will affect the take up and use of the technology.

80% of smartphone users across the UK would need to download the app for it to be effective. For comparison, Whatsapp, one of the most popular messaging apps in the world, has not reached 80%

Contact tracing apps could also lead to harmful behavioural implications. A potentially ineffective digital contact tracing app may put individuals at more risk by giving them incomplete information and a false sense of security, or insecurity. Also, individuals who are most vulnerable to the virus, and arguably would benefit most from the app, such as the elderly, are those least likely to own a smartphone or have enough digital skills to use the app accurately. Ensuring the app is accessible for the elderly, those with disabilities, neurodiverse people, and others who might have difficulty accessing technology, will be key to ensuring that digital contact tracing does not exacerbate inequalities and put those at the highest risk of complications from COVID-19, at even further risk.

Moreover, as the app only reports on close contact with other phones running the app, use of the app will need to be complemented by effective human contact tracing, manually working out who has been in contact with infected individuals.

What about digital “immunity” certificates?

Another possible activity that is under consideration is the idea of digital “immunity” certificates that might be issued after an individual has been infected with COVID-19. These tests typically measure the presence of antibodies that are found in response to an infection. Digital immunity certificates would be a digital token that confirms that a person has been infected with COVID-19 in the past (i.e. has COVID-19 antibodies in their system) and is now presumed to have a form of immunity for a period of time. This would enable people with a much-reduced risk of subsequent infection to return to work, care for ill and vulnerable people, and begin to restore the capacity of social, economic, and healthcare systems.

However, having to prove our immunity to return to society could have a number of consequences. Employees might be asked to state whether they have been infected before returning to certain forms of work, or even when entering a restaurant or bar; essentially introducing a form of health discrimination into society. There might be different freedoms for individuals who have previously had the virus compared to those are ill or who have not yet been infected.

This could lead to financial and societal disadvantages for those who have not had the disease and have deep societal implications: arbitrary and unfair restrictions on access to transport, services, employment, movement, and other rights of freedom on the basis of immunity status.

If these differences become significant, individuals who need to return to work may try and fake an immunity certificate, while some may falsely claim they are not-yet-immune so they don’t have to do work they consider dangerous. Some people may even infect themselves deliberately so they can become immune, putting themselves and others at risk in the process.

However, at present, there is no credible basis for establishing a comprehensive regime of immunity certificates, not least because there is currently no scientifically robust means of testing immunity and because there is little knowledge about how long antibodies from an early infection remain in the body.

It is considered that society will not return to the way it was before COVID-19, at least until an effective vaccine is produced. Until then, ways of re-establishing a form of functioning society will incorporate methods such as contact tracing apps and possibly immunity certification. 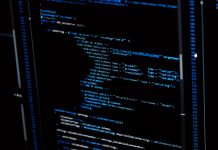