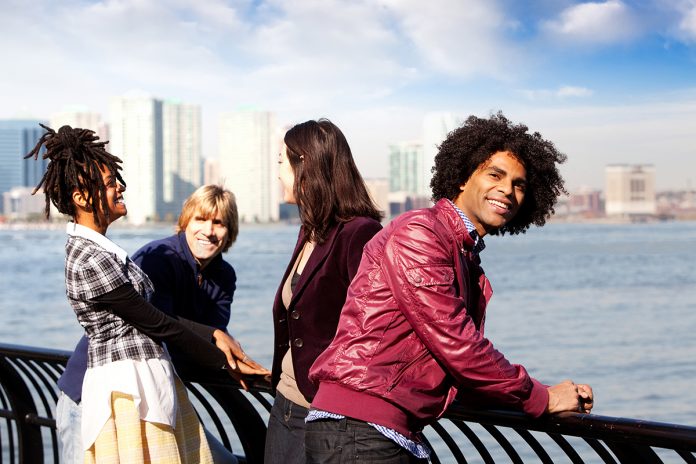 Diversity and interculturalism in cities worldwide are placed under the spotlight here by Dr Gideon Bolt, from the Department of Human Geography and Planning Faculty of Geosciences at Utrecht University in the Netherlands

Cities worldwide are becoming increasingly diverse, particularly as the result of globalisation and migration. This increasing diversification poses challenges for national integration policies, as well as urban planning. The assimilationist approach, viewing the otherness of ethnic communities as temporary, is increasingly problematic now that many large Western cities lack a clear majority group in which one is to assimilate (Crul, 2016). At the same time, there has been a backlash against the multiculturalist approach across Western Europe (Vertovec and Wessendorf, 2010).

Multiculturalism is accused of stressing cultural differences and reinforcing power inequalities. Wood & Landry (2008), for instance, argue that forming alliances with (often self-appointed) ethnic community leaders is part and parcel of the (British) multicultural model. These alliances have reified the idea of fixed ethnic categories and are partly responsible for the building up of tensions between ethnic groups. The (supposed) failure of multiculturalism, combined with the worries of politicians and voters about the increasing size and diversity of the immigrant population has led to a shift towards assimilationist policies, at least at the national level. This is visible in the adoption of civic integration policies across Europe, which reveals prioritisation of the national cultural identity at the expense of the recognition of migrants’ cultural identity (Joppke, 2007).

Critics of multiculturalism have put forward interculturalism as the preferable mode of incorporation (Tasan-Kok et al., 2013). The idea is that the focus of multicultural policies on the collective characteristics of people who are subject to discrimination accentuates the cultural differences on which their exclusion is based. This comes at the expense of the development of an overarching trust. Interculturalism is presented as a concept that tackles the shortcomings of both assimilation and multiculturalism.

Whereas assimilationism is critiqued for a lack of respect for diversity, interculturalism has a sensitivity to ethnocultural diversity in common with multiculturalism. At the same time, its proponents argue that interculturalism is more committed to creating a stronger sense of the whole (Meer & Modood, 2012). According to Cantle (2012, p. 157) multiculturalism is about the co-existence of cultures, which reinforces differences, while interculturality is about ‘a sense of openness, dialogue and interaction between cultures leading to long-term change in both relational and institutional arrangements’.

The claim that multiculturalism leads to parallel communities, as opposed to dialogue between cultures, is also supported by the argument that it treats members of ethnic minorities as “ever-representative of bounded collective” (Vertovec and Wessendorf, 2010, p.19). In the context of an increasingly diverse population, it is not feasible anymore to protect the heritage of different cultures and to communicate with community representatives to do so (Van Breugel et al., 2014). There is no one who can claim to be the spokesman of a community, when that community is fragmented and when identities become increasingly hybrid. Advocates of interculturalism argue that it is necessary to move beyond depictions of bounded communities differentiated along ethnic and cultural lines as it leads to essentialising of ethnic differences while overlooking other differentiations on the basis of class, lifestyles, attitudes or activity patterns (Tasan-Kok et al., 2013). Therefore, a shift is needed from the recognition of collective identities to that of individual competences. Consequently, mainstreaming is advocated as the best strategy for addressing a hyperdiverse society (Van Breugel et al. 2014).

Collett & Petrovic (2014, p.3) describe mainstreaming as “the effort to reach people with a migration background through social programming and policies that also target the general population, rather than through specific immigrant integration policies alone”.

Mainstreaming implicates that diversity policy is not the responsibility of a single department in a municipality, but that diversity-related efforts are integrated into the core services of all administrations in a municipality. Mainstreaming should not be seen as a colour-blind universal policy (which would fit in an assimilationist approach), but as diversity-sensitive policy that does not treat people solely as a member of an ethnic group. Toronto, a city which has adopted ‘diversity our strength’ as its motto, has a very broad understanding of diversity, including categories like seniors, youth, women, LGBTQ people, the urban poor, ethnic groups, disabled people, newcomers and immigrants, aboriginal peoples and the homeless (Ahmadi & Tasan-Kok, 2014, p.14).

The role of cities

It can be argued that cities are suitable places for creating a stronger sense of the whole. Wood & Landry (2008, p. 321) argue: “While people, migrants or not, find it increasingly difficult to find common cause with or a loyalty for a national state that does not recognise them and that pursues an aggressive and dubious foreign policy; but they do identify with the city where they live, work and interact.” One element of an intercultural approach, therefore, is to stimulate encounters with others in urban space. Fincher and Iveson (2008, p.145) plea that city life should enable “our capacity to explore different sides of ourselves and to craft new identifications through encounters with others as strangers”. Therefore, zones of encounters should be created, as interaction will not happen automatically (Wood & Landry, 2008).

Crul, M. (2016), Super-diversity vs. assimilation: how complex diversity in majority–minority cities challenges the assumptions of assimilation. Journal of Ethnic and Migration studies, 42 (1), pp. 54-68.