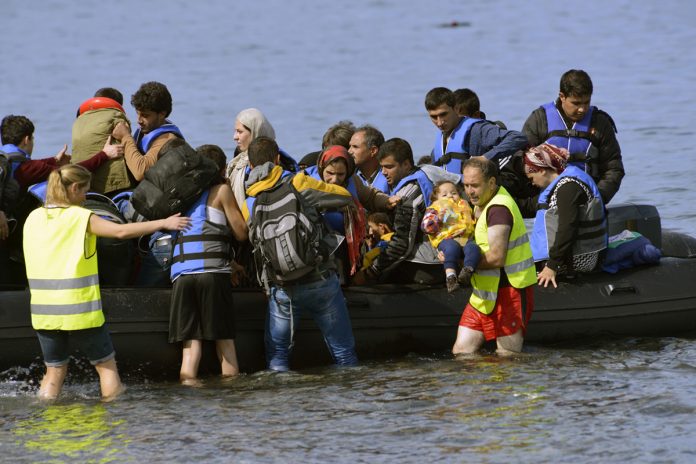 In 2015, Europe received 1.26 million new asylum claims. Although the numbers are slightly lower in 2016 (1.20 million) it is not to be expected that European’s largest refugee crisis since the Second World War will soon be over (Bansak et al., 2016). European countries struggle with finding policy solutions in a context where extreme right-wing parties seem to profit from concerns about asylum issues and where a vote for Brexit can largely be attributed to rising anti-immigrant sentiments. Therefore, it is crucial for both researchers and politicians to understand why some citizens are welcoming asylum seekers and why others oppose them.

Table 1: Support for a generous asylum-policy by ESS-country (Countries ranked from least support to most support

The statement was: “The government should be generous in judging people’s applications for refugee status”.

To analyse the support of a generous asylum policy, I used data from round 7 of the European Social Survey (ESS). On average, 47.5% of the people in the countries that are included in the ESS survey agree that governments should be generous when judging applications for refugee status, while 26.0 disagrees (table 1). The difference in these two percentages is used to order the countries by generosity.

Israel turns out to be the least generous country. There are much more respondents who disagree with the statement than those who agree, while the reverse is true for Portugal. There are only six countries where the people who advocate a generous asylum policy are outnumbered by those who object to a generous policy. Out of the Western European countries, The Netherlands is the least generous country. Meulemans et al. (2016) show that there is a weak positive relationship between a country’s affluence and agreement with the statement (r=+0.25). People in wealthy countries are more willing to admit asylum-seekers. Belgium, The Netherlands and Switzerland are countries for which the generosity is much lower than could be expected based on their affluence, while the reverse applies to Portugal and Poland.

On the basis of a multivariate analysis of the Dutch part of the dataset (tables available on request), it can be concluded that the effect of the (perceived) presence of out-groups’ members on the attitudes towards asylum seekers appears to vary between different scale levels. The respondents have been asked to estimate how many people are born outside the country out of every 100 people. The mean estimated percentage is 23.7, which is more than twice as much as the actual number of 11%. The more people overestimate the presence of immigrants, the lower their support for a generous asylum policy.

Research in Germany has shown that (at the regional level) the perceived size of the out-group population invokes anti-minority attitudes, while actual minority size does not have an impact (Semyonov et al., 2004). More research is needed to explain why there is such a mismatch between perceived size – a psychological construct – and actual size and which people are most inclined to overestimate the presence of the out-group.

At the neighbourhood level, more interethnic exposure leads to more support for a generous policy. Contacts with (or at least exposure to) out-group members work as a counterforce to the negative sentiments towards immigrants (see also Oliver and Wong, 2003). This is encouraging finding is corroborated by our research for the DIVERCITIES-project in 13 European cities and Toronto. As reported earlier in this journal (Bolt et al., 2017), residents living in places with more diversity were less likely to have a negative attitude towards newcomers than residents in more homogeneous neighbourhoods.