Today, we celebrate and commemorate International Women’s Day: Read on to find out what the UN knows about international economic gender parity and what activists are doing

With technology and innovation playing an integral role in our everyday lives, it is not easy to imagine development in the 21st century without it.

This year’s theme for International Women’s Day 2019, “Think Equal, Build Smart, Innovate for Change”, explores the ways in which innovation can work for gender equality, boost investment in gender-responsive social systems, and enhance public services and infrastructure that meet the needs of women and girls.

“Innovation is shaping and changing the way people live in every part of the world, so we have to be intentional about its use to positively impact the lives of women and girls.

“It’s a key component of development, a basic need for those living in poverty, and a far-reaching enabler of rights. Women and girls must have opportunities to contribute to both the design and execution of solutions affecting their lives— and they are more than ready to do so.” 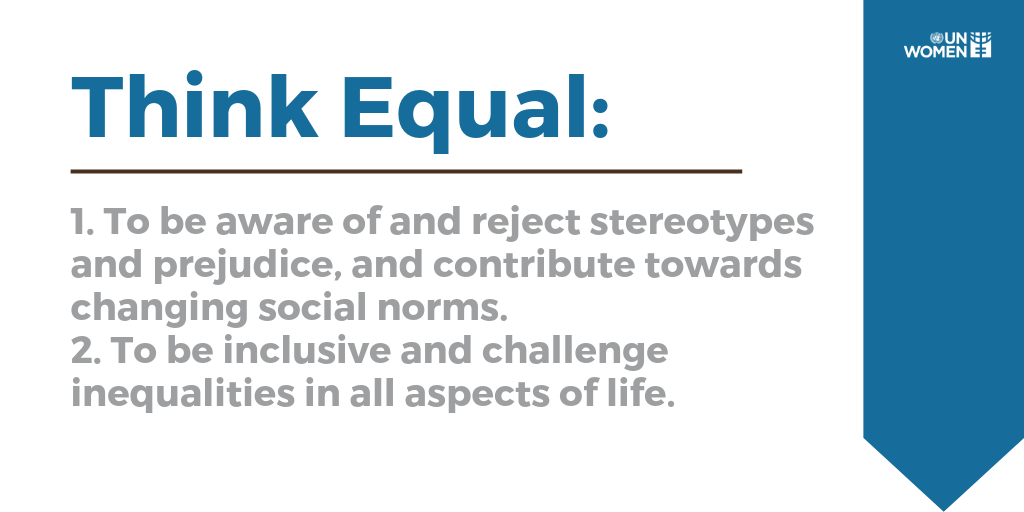 While a little more than a decade remain to achieve the Sustainable Development Goals, including Goal 5 on gender equality, all indications show that at the current pace of change, closing the global gender gap will take a staggering 108 years, and 202 years for economic gender parity.

To meet the needs of women and those most marginalised at the bottom of the pyramid, public services, infrastructure and social protection require innovative approaches to increase the quality and affordability for women users, respond to constraints that women face in accessing those services, due to the heavier load they carry in household duties and unpaid care work, and ensure that women can easily obtain the information and resources they need to take advantage of the opportunities offered by new technologies. Women and girls must also have a voice in how innovations are shaped, so that they can truly benefit and contribute to real change.

The event will showcase women’s role and experiences working from the very inception of technology and innovations and identify ways in which the UN system and partners can accelerate actions to guarantee that no woman or girl is left behind, regardless of where she lives, how much she earns, or where she comes from.

Featured multimedia storytelling campaigns: As part of the event, Google is premiering the trailer of a new four-part virtual reality series about women’s rights activists around the world. The four films, produced by Google in collaboration with UN Women, are set to debut on International Women’s Day, both online and in a multimedia exhibit at the UN headquarters. Marking the International Day, in another partnership with global communications company WPP and Amazon’s Alexa, UN Women is amplifying the Unheard Stories grass-roots leaders and their incredible work. To increase the visibility and recognition of women trailblazers, a new social media campaign from UN Women is issuing challenges, from finding a woman on your currency to sharing a street named after a woman in your town.

Ring the Bell for Gender Equality, Around the World: From Chile to Croatia, and Tanzania to Tunisia, over 70 stock exchanges will host for the fifth consecutive year bell-ringing ceremonies to raise awareness of the pivotal role that business and markets can play in advancing gender equality. In support of UN Women and as a proud signatory of the Women’s Empowerment Principles, in New York, NASDAQ closing bell will be preceded by a and event with UN Women Deputy Executive Director Åsa Regnér, on innovation and gender equality.

UN Women offices will join the commemorations through a variety of events, including mentorship events with young girls in Rwanda, a film festival in Albania, panel discussions in Hong Kong, photo exhibitions in Nepal and Barbados, and a parade and concert in Sierra Leone, among many more.

Join the online conversation on Twitter using the hashtag #WomensDay and following @UN_Women.