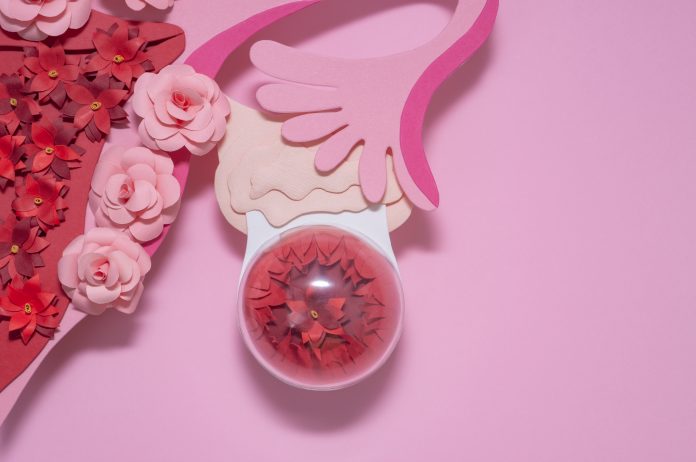 Endometriosis, a condition impacting at least 190 million people globally, remains relatively ignored – why is it still hard to access treatment?

Endometriosis is a condition wherein tissue similar to the lining of the womb begins to grow elsewhere in the body such as the pelvis, ovaries or fallopian tubes, but most regularly in the abdomen. These new cells react in the same way as those located in the womb. Every month, they begin to build up and break down to become blood. This process occurs in the womb and blood is expelled through a period.

However, with endometriosis, the new cells that have built up outside of the womb are unable to be expelled – resulting in extreme pain and inflammation in the form of scar tissue.

According to Endometriosis UK – a UK charity dedicated to providing information and support to those with endometriosis – the condition costs the UK economy £8.2 billion a year in treatment, loss of work and healthcare costs.

But what do we know about the condition itself and the impact it has on the people who experience it – both mentally and physically?

What are the signs and symptoms to look out for?

What are the psychological impacts of endometriosis?

In a survey taken by the BBC in 2019, more than 13,500 women revealed what it was like to live with endometriosis. They explained the impact that endometriosis has on mental and physical health, along with how it shaped their social lives and relationships. The BBC study also found that around half of participants experienced suicidal thoughts due to the condition and their resultant quality of life.

Around half of the participants revealed to have experienced suicidal thoughts

The dangers of experiencing excessive, chronic pain for extended periods of time can be detrimental to mental health – especially when this pain comes from a condition that most people don’t understand.

Higher rates of depression and anxiety are reported in people with endometriosis. It seems that being able to access adequate mental health support is crucial to fighting the condition and improving the quality of life for millions of people across the world.

Why does an endometriosis diagnosis take so long?

Endometriosis is a condition that affects 1.5 million women and people with wombs in the UK, and approximately 10% of the global population.

Along with this high percentage and the numerous symptoms listed above, it takes an average of 8 years to be fully diagnosed. The condition leaves sufferers in chronic, debilitating pain without adequate support and information available. Research into endometriosis has proven only effective in management and non-permanent solutions. There is no cure and there have been no significant revelations about what exactly causes the condition to occur in so many people with wombs.

Lone Hummelshoj, chief executive of the World Endometriosis Society and the World Endometriosis Research Foundation, commented: “The normalisation of painful symptoms is a huge issue”. It should not be the norm that women are in immense chronic pain due to dysmenorrhea (overly painful menstruation) it is due to this attitude that women’s chronic pain gets overlooked and ignored.

A Welsh Governmental report on endometriosis also pulled focus to this issue, stating: “Aside from lack of education, another key factor is the normalisation and acceptance of menstrual pain by patients themselves and family members, friends, employers, and the public at large, resulting in a delay in help-seeking”.

Why are women not taken seriously about health?

In an interview with Open Access Government, an anonymous source gave a first-hand account of their experience with endometriosis, following their difficulty being diagnosed and the ways in which having the condition impacted their life.

In this moving interview, they revealed some of the hardships of the condition including the difficulty they faced in attempting to be diagnosed and taken seriously.

Speaking about the stigma, our source said: “My doctors did not understand, often I had to explain to them what was wrong with me”.

Many people who suffer from endometriosis are made to feel like ‘frauds’ when their doctors or family members blame menstrual cramps for the pain instead of taking them seriously.

‘My doctors did not understand, often I had to explain to them what was wrong with me’

Female sexual and reproductive health still carries a stigma in the public sphere. Across the world, menstruation is still considered a dirty and taboo topic which people who menstruate have to deal with alone. In 2019, UN Women released the information that menstruation related stigmas result in the denial of basic human rights and dignity for people across the globe.

For instance, the Nepalese tradition of chhaupadi, in which someone is sent to live alone in a “menstruation hut” for the duration of their menses, continues to this day in some communities. Despite being banned by the Supreme Court in 2005, the practise clings to existence through localised support and misunderstandings about menstruation.

The practise often results in death and experiences of abuse – as the huts are exposed to wild animals, without electricity and unlockable.

The stigma surrounding periods affects physical and mental well-being leaving people who menstruate isolated, alone and embarrassed about their biological functions. This enduring dynamic of shame and secrecy is amplified when individuals also suffer from endometriosis.

What more needs to be done?

Healthcare professionals need to do more to diagnose and support endometriosis needs.

If women and those assigned female at birth can have their chronic pain overlooked and dismissed as “regular”, typical symptoms of a menstrual cycle, then there needs to be a wider, clearer awareness of female reproductive health.

Extreme pain during a period has been normalised, making women feel weak for struggling with the immense pain they experience on a monthly basis. There needs to be an extended effort within the general education system to improve knowledge and understanding of endometriosis and of female reproductive health as a whole.

What support is available?

A strong support network is necessary for a condition like endometriosis. This condition tends to isolate its patients from their friends, family, partners and even their doctors.

If you would like to know more and read some frequently asked questions about endometriosis you can find more here.