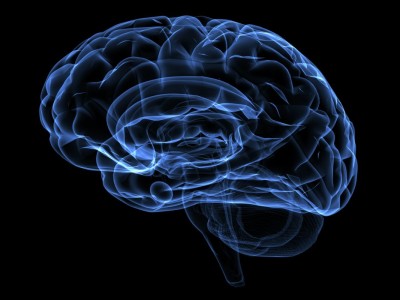 Pamela Lein, University of California, looks at whether environmental chemicals influence individual risk for the diagnosis of neurodevelopmental disorders

Neurodevelopmental disorders (NDDs) are a group of clinically heterogeneous conditions characterised by impaired growth and development of the brain. These include autism spectrum disorders (ASD), attention-deficit hyperactivity disorder (ADHD), schizophrenia, learning and intellectual disabilities, and sensory impairments. The current prevalence of ASD is estimated to be at least 1.5% of children in developed countries; the worldwide prevalence of ADHD is estimated to be 5.3% of children and adolescents, and learning and intellectual disabilities are more common than ASD and ADHD combined. Considered in the context of the tremendous costs these conditions exact on the affected individual, their families and society, these statistics underscore the urgent need to identify factors that confer risk for NDDs.

Until recently, research on the aetiology of NDDs has focused largely on genetic causes. However, this research has clearly shown that even for ASD, which is considered one of the most heritable of the complex NDDs, single genetic anomalies can account for only a small proportion of cases and, overall, genetic factors seem to account for at most 30-40% of all NDD cases. Such observations have contributed to a paradigm shift such that many NDDs are now largely thought to result from complex gene-environment interactions.

Why do we think environmental factors influence NDD risk?

Compelling evidence in support of an environmental contribution to NDD aetiology includes the rapid increase in the prevalence of ASD and ADHD over the past several decades. This is unlikely to have been caused by evolutionary shifts in the human genome. While some have questioned whether this represents a true increase in the number of affected children, studies to address this question have uniformly concluded that the broadening of diagnostic criteria, increased awareness and improved detection can only partially account for the increased prevalence of NDDs.

Genetic studies also support a role for environmental factors in determining NDD risk. Incomplete monozygotic concordance is a consistent finding in twin studies of both ASD and ADHD, and even in genetic syndromes highly associated with ASD, a significant percentage of individuals carrying the ASD-linked gene do not express autistic phenotypes. More recently, a study of 192 mono- and dizygotic twin pairs, and another of 14,000 children with autism, independently concluded that 50% or more of cases could be attributed to environmental causes. Collectively, these studies are consistent with a model in which environmental factors modify genetic risk to significantly influence not only susceptibility to NDDs, but also the variable expression of phenotypic traits. This model provides a biologically plausible explanation for both the dramatically increased prevalence and clinical heterogeneity that are characteristic of complex NDDs.

Observations of a high incidence of autism associated with congenital rubella were among the first reports demonstrating that an environmental factor could influence NDD risk. Subsequently, prenatal infections were linked to an increased risk for other NDDs, particularly schizophrenia, and the range of non-genetic NDD risk factors was expanded to include intrauterine stresses, increased paternal age, maternal nutrition and metabolic status, and endocrine disruption. The first indication that chemical exposures may also influence NDD risk were reports that in utero exposure to valproic acid or thalidomide during critical periods of development was associated with increased expression of autism-related traits. Subsequent epidemiological studies reported increased NDD risk associated with maternal use of various medications and drugs of abuse, including alcohol, as well as prenatal or early postnatal exposure to diverse environmental chemicals. Environmental chemicals postulated to confer risk for NDDs include legacy chemicals known to be toxic to the developing human nervous system, such as lead, mercury and polychlorinated biphenyls (PCBs), as well as more contemporary contaminants such as pesticides, including organophosphorus (OP) and organo­chlorine (OC) pesticides, neonicotinoids and pyrethroids, flame retardants including the polybrominated diphenyl ethers (PBDEs), plasticisers such as phthalates and bisphenol A, and complex environmental mixtures such as air pollution and cigarette smoke.

Current challenges in the field, and a potential path forward

Current epidemiological data support the hypothesis that chemicals in the human environment contribute significantly to NDD aetiology, but also highlight the difficulty of establishing causal links between environmental exposures and NDDs. Recent reviews have concluded that, with the possible exception of tobacco and alcohol, there are insufficient numbers of epidemiological studies and/or studies are too limited in scope to either infer causality or to rule out the possibility that specific environmental factors confer NDD risk. The challenges of using epidemiological approaches to identify environmental risk factors include obtaining accurate measures of exposure, particularly for chemicals with short half-lives such as some of the pesticides, phthalates and BPA, controlling for confounding factors, especially socioeconomic stressors that tend to co-vary with environmental exposures, and are known to influence neurodevelopment independent of chemical exposures, and dealing with multiple exposures, a not insignificant issue in light of reports that 250 environmental chemicals were detected in biological samples from a 2013 representative sample of the United States in the National Health and Nutrition Examination Survey. Epidemiological approaches must also deal with the phenotypic heterogeneity and complex multigene aetiologies that are likely to create a range of sensitivities to environmental factors, which will further mask clear associations between exposure and diagnosis.

To overcome these challenges, it will be necessary to invest resources in basic mechanistic research using experimental models to understand how environmental factors modify genetic predispositions to influence individual susceptibility and/or severity for NDDs. While a number of mechanisms have been proposed to explain gene-environment interactions, one fundamental way in which heritable genetic vulnerabilities can amplify the adverse effects triggered by environmental exposures is if both factors (environmental and heritable) converge to dysregulate the same neurotransmitter, signalling system or neurodevelopmental process during a critical developmental window. Genetic studies have identified convergent molecular mechanisms for many NDDs, which provide a biological framework for developing cell and animal models to identify and study specific gene-environment interactions that confer susceptibility. Such mechanistic insights can then be used to inform and focus epidemiological studies.

Clearly, research is urgently needed to better predict which combination of defective genes and environmental exposures pose the greatest risk for NDDs. The fact that environmental factors are modifiable risk factors, in contrast to currently irreversible genetic risks, suggests that identification of specific environmental risk factors may provide rational approaches for the primary prevention of NDDs, which provides a compelling reason to invest in this endeavour.