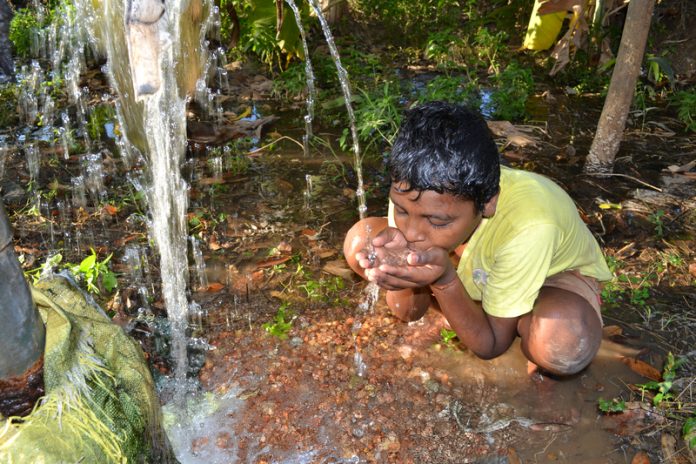 Writer, MF Warrender from Open Access Government sheds light on EU-Africa Relations from the perspective of the European Council

The European Council works on a wide range of policies and issues affecting the interests of the EU and its citizens. One of these issues is EU-Africa relations. Europe and Africa have close historical, cultural and geographical ties and the European Council pushes to cooperate with Africa in several different areas such as migration, trade, development and counter-terrorism. The EU supports counter-terrorism initiatives and activities on the African continent. It has recently stepped up its support for security in this region and committed in June 2017 to provide €50 million to support the newly established G5 Sahel Joint Force to improve security in the region. Security is a principal sector in which cooperation is vital.

Furthermore, as part of the Common Security and Defence Policy (CSDP), the EU has launched several military and civilian missions and operations in Africa. EU missions are currently deployed in The Central African Republic, Libya, Mali, Niger and Somalia. Security has always been a primary concern.

The way in which African countries and the EU cooperate is through multiple coinciding frameworks and regional strategies, which facilitate relations between the EU and Africa. One of which; the Cotonou agreement, was adopted in 2000 and is the overarching framework for EU relations with African, Caribbean and Pacific (ACP) countries. The EU has negotiated a series of economic partnership agreements with these countries as a part of the agreement. It is the most comprehensive partnership agreement between developing countries and the EU, covering the EU’s relations with 79 countries, including 48 countries in Sub-Saharan Africa. It strives to reduce (and eventually completely eradicate) poverty, while working on the gradual integration of ACP countries into the world economy. This is excellent for both development and economic and political trade – two areas that have been previously mentioned as principal sectors for cooperation.

Another political framework used to push for partnership is the Joint Africa-EU Strategy (JAES), adopted in 2007, which acts as the formal channel for EU relations with African countries. It defines the long-term policy priorities between the two continents, based on a shared vision and common principles. Its four main objectives are:

This partnership has truly led to concrete action in many areas, through the reinforced intercontinental dialogue from the strategy’s implementation. This success has propelled plans of action regarding specific areas in Africa, targeting localised problems and tackling them head-on.

Three examples of this include the regional strategies such as The Horn of Africa, Gulf of Guinea and Sahel. The first of these, the Horn of Africa, refers to a region in East Africa which has faced repetitive droughts over the past years, causing a severe humanitarian crisis. This prompted the EU in 2011 to adopt the strategic framework for the Horn of Africa (1), which outlines the steps to be taken by the EU to aid the people of this region. This implementation highlights how the Council is willing to act in specific areas to create effective results.

Similarly, the Gulf of Guinea is a region facing growing instability due to a lack of control over coastal waters and the coast itself. Because of this, criminal activity is on the rise, such as piracy and armed robbery at sea, oil theft and trafficking of drugs, human beings, arms, diamonds, counterfeit medicines, illegal waste. The strategy on the Gulf of Guinea (2) was adopted by the council in 2014, outlining the means for the EU to help the region tackle the challenges it continues to face. Finally, an EU strategy for security and development in the Sahel (3) was presented in 2011 by the High Representative and the Commission, upon the Council’s request. It focuses on four strands of action:

Overall, the European Council prides itself on the policies put forward to strengthen the partnership with Africa, hoping to improve education, boost investment and create jobs, by targeting all the sectors mentioned above. The EU has prioritised strengthening the partnership further with the region and invests in “People, Prosperity and Peace”. (4)