Dr Vincent Thornley, Managing Director of Fundamentals Ltd., explores who should pay to power electric vehicles as the market continues to evolve under the EV infrastructure strategy

Over the last year, we’ve seen sales of electric vehicles (EV) continue to accelerate in the UK. In fact, the latest figures from the Society of Motor Manufacturers and Traders (SMMT) showed that plug-in vehicles hit new milestones in September 2022. Plug-in cars accounted for more than one in five new cars joining UK roads, and the one-millionth plug-in car was registered.

With a 2030 deadline to end the sale of diesel and petrol cars, attention is now turning to how the UK can ensure it has the underlying infrastructure to go electric. In its EV Infrastructure Strategy, the UK government announced it will install 6,000 superfast charge points across motorways by 2035. There will also be 300,000 public charge points by 2030, a 10-fold increase on what is currently available and a £500 million investment.
However, the National Infrastructure Commission has warned that the most significant barrier to expanding EV ownership and transitioning to net zero remains the rollout of charging infrastructure. It’s also becoming clear that the transition to EV will come at a cost, and there’s a lack of clarity surrounding who will pay for this switch and how to make it fair.

Unfair VAT is the tip of the iceberg

Take VAT as an example. Motorists fortunate enough to have home chargers currently pay 5% VAT for the electricity to charge their EVs. But power at public charging stations is rated at 20% VAT, on top of tariffs that are way more expensive than at home. This clearly favours relatively affluent early adopters who can afford EVs, have a driveway and can home charge.

But the VAT issue pales into insignificance compared with the hole that the switch to EVs will leave in public finances. The Office for Budget Responsibility (OBR) warned that faster take-up of EVs will slash £1.4 billion annually from fuel duty receipts by 2026/2027. So how will the revenue gap be filled when there will be an estimated 11 million EVs by 2030, and the numbers keep rising? Changes announced in the recent Autumn statement to road tax EVs from April 2025 attempt to replace lost revenue for the Treasury. But will this go far enough?

“In its EV Infrastructure Strategy, the UK government announced it will install 6,000 superfast charge points across motorways by 2035. There will also be 300,000 public charge points by 2030, a 10-fold increase on what is currently available and a £500 million investment.”

Making the transition under the EV infrastructure strategy

Norway uses carbon taxes to pay for transport electrification. Around 85% of new car sales in Norway are EVs because the government has made them cheaper to buy and run than ICE cars. EV drivers also benefit by law from a minimum of 50% discounts on ferries, bridge tolls and parking. And local governments are mandated to install charging points pretty much everywhere.

That works in a country where wealth distributes relatively evenly. However, it may be more problematic in Britain, where many people will be unable to afford to buy an EV any time soon – and the political impact of taxing old fossil-fuelled bangers to the hilt could be unacceptable.

The final thing to consider is that if taxation and fiscal policy do cause sudden changes to the take-up of electric vehicles, there is a question about whether the grid will be ready. After all, distribution systems designed decades ago will need to adapt to radically different electricity generation and consumption patterns in the move to EVs.

Rebuilding the whole national infrastructure is not an option – the cost would be unacceptable. This means change needs to be foreseen and carefully managed so UK infrastructure can manage capacity and demand on the network. The technologies exist to enable electricity grids to adapt to the new era of EVs and greener power sources.

Given that electricity is essential to decarbonising transport, the priority must be making the transition as fair and affordable as possible. Something which will be a difficult balancing act. The bottom line is that the UK already has many technologies to decarbonise transport with the mass market adoption of EVs. However, any change in taxation must have a clear roadmap and everything needs careful coordination. 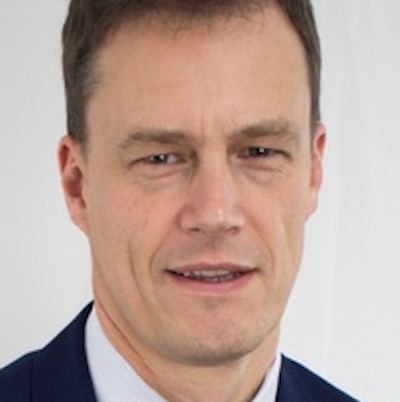