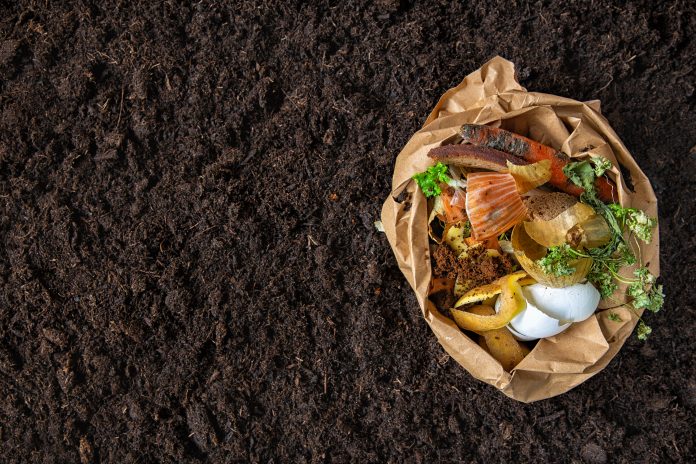 Jamie Crummie, co-founder of Too Good To Go discusses how technology could be the solution to food waste in the UK

Over the past few weeks, it’s been hard to ignore the worldwide conversation that’s swarming around climate change. From millions of people taking to the streets to protest in cities around the world, to rousing footage of Greta Thunberg’s United Nations Climate Action Summit speech, these events have made one thing clear: the time for action is now.

But how much have you heard about food waste?

Food waste is a big environmental problem that, for many, is cruising under the radar a lot more stealthily than it should be.

When food goes to landfill, it creates methane – a greenhouse gas 27 times more potent than carbon dioxide. And that’s not the only thing.

Just think: it takes about five brimming bathtubs of water to produce a carton of six eggs. When we bin the eggs, it’s not just them we’re wasting – we’re wasting everything it took to produce, package and transport those eggs as well.

Food waste is responsible for a staggering 8% of greenhouse gas emissions, and climate experts have said that reducing food waste is one of the most important things we can do to address global warming.

So why do only 31% of British adults realise that food waste and climate change are even connected? And why do we continue to throw away 10 million tonnes of food every year?

Our ignorance is costing us in more ways than one

In the UK, we spend six times as much on disposing food waste as we do on funding the police. We use an area the size of Wales to produce food that ultimately never gets eaten. All of this, while one in nine people in the world go to bed hungry every night.

The financial, moral and environmental case for tackling food waste is obvious.

The good news? International action to combat the issue is encouraging.

Moves like these show that food waste is finally starting to be taken seriously.

Furthermore, technology is dishing up a host of ways to solve the problem

The data and insights we get from technology let us tackle the issue with a level of nuance – and on a scale – that was unprecedented until now.

For example, ‘smart bins’ are photographing and weighing the contents of food bins in large-scale kitchens (think cruise ships and hotels) to help track exactly which foods, and how much of them, are going to waste. Domestic fridge cameras are keeping tabs on the freshness of our food to ensure we eat it on time. Meanwhile, forecasting tools are using AI to analyse the weather, the day of the week and special events, predicting cafe and restaurant demand more accurately than ever before.

Technology is helping to drive behavioural change as well

Consider apps that let people buy unsold food from local stores (Too Good To Go), or rescue surplus food from within their community (Olio).

Each year, the UK hospitality industry throws away 3.5 million tonnes of food, while household food waste costs UK families around £700 a year. Not only do apps like these enable people to stop perfectly edible food from being wasted, but they’re a way of putting the topic of food waste at the forefront of people’s minds.

For instance, there are consumers who might not have realised that food waste is a problem – but then they discover apps that let them rescue delicious food that was going to be wasted, and all of a sudden, they’ve got questions: what actually happens to food that ends up in the bin? Why was it going to be thrown away? Suddenly, they’re aware of the issue – and that’s a spark of engagement that can ignite social change.

Whether they simply think twice before throwing away the ends of their bread loaves, or begin a campaign for manufacturers to use change the way ‘best before’ dates are used on packaging, it’s a step in the right direction.

By harnessing technology and tackling the issue at all levels of the supply chain, we can drive the food waste movement forward, challenging societal behaviours as we go.

After all, a mindset shift is what we need most of all.

Worldwide, a third of food produced gets wasted. We need to learn to cherish food, realising that – just like the land that was set aside to grow it, or the water that was used to sustain it – it’s far too precious to waste.