Today is Stop Food Waste Day, and whilst cooking remains a favourite pastime in the UK, an average of £494 million worth of food is thrown away each week, reveals research from Gousto

Timo Boldt, CEO and Founder of Gousto says, “Our new research shows that food waste continues to be a massive problem – as a purpose-driven company we want to raise awareness of the issue and help families in the UK to make more sustainable food choices.”

Both in the aisle (29%) and on the plate (33%), Brits struggle to estimate how much food they’ll need. Roughly half (51%) have admitted that they don’t cook the recommended portion sizes, particularly worse with women (57%) than men (42%), resulting in an abundance of food which finds itself simply thrown away.

Meanwhile, a lack of preparation and organisation is another reason for great wastage. One in five (19%) throw food away due to not properly planning their meals while just over a third (34%) say they do a weekly shop and forget what they’ve bought. 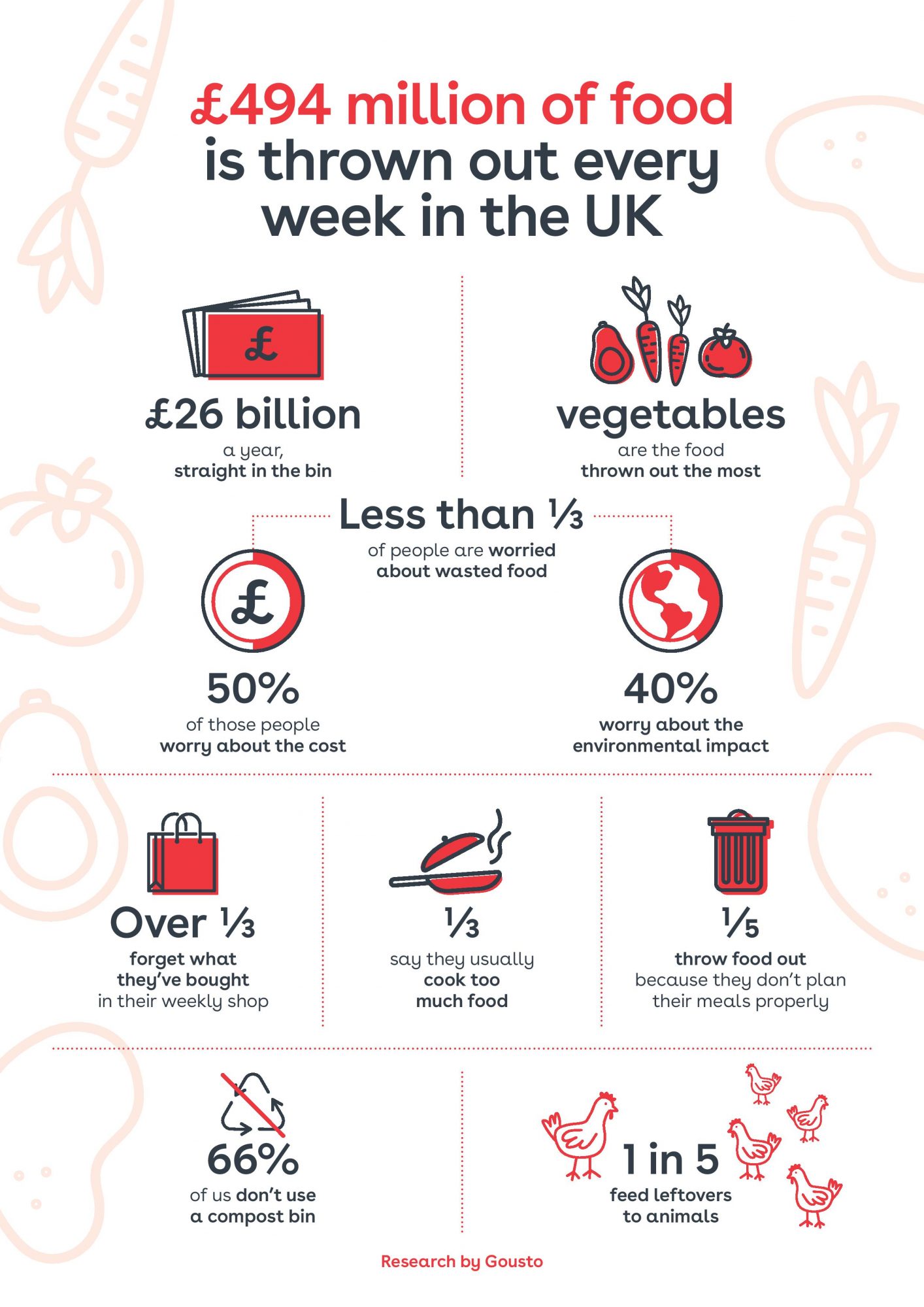 Professor Margaret Bates, Professor of Sustainable Wastes Management, says;  “I think the research by Gousto tells us we have a disconnect with our food. Food is considered cheap and therefore not valued adequately considering the resources involved in the production. Food marketing is great so we “get our heads turned” and buy stuff we don’t need.”