From 2022, Horizon Europe funding applications by public bodies, research organisations and higher education institutions will only be considered if they have a gender equality plan (GEP)

Today (15 March) the European Commission released their strategic plan for research and innovation funding from 2021-2024. The first grants for researchers opened up on 25 February.

According to the Commission, the four key ambitions are:

Mariya Gabriel Commissioner for Innovation, Research, Culture, Education and Youth: “I am determined to step up our efforts on gender equality and support more talented women in research and innovation. I am committed to ensuring that the gender dimension is fully integrated into research and innovation supported by Horizon Europe, and that it is fully acknowledged in the European Research Area.”

Commissioner Gabriel further outlined the ongoing issues that the Commission wants to eradicate via targeted science and innovation funding:

The 2021-2024 strategy drop also proposes some specific policies toward the above ambitions for gender equality. One of them is that all Horizon Europe funding applications will be required to have a gender equality plan (GEP) to be considered, starting in 2022.

A further three gender-based policies are: 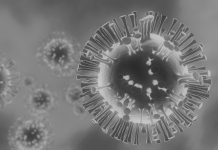