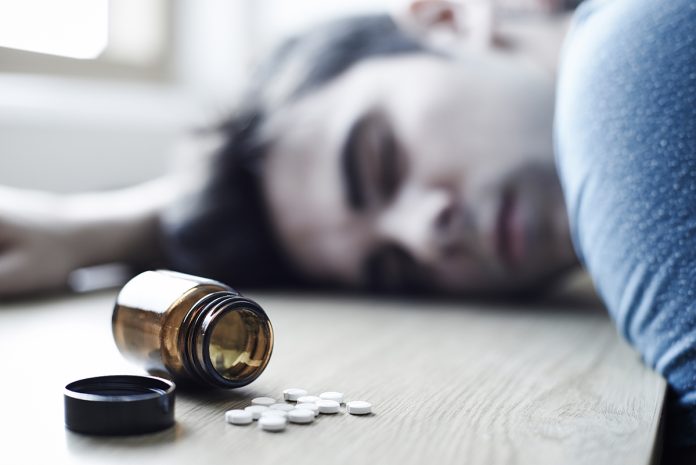 The Department of Psychiatry; University of Utah School of Medicine lifts the lid on their research into mental illness and suicide

Nearly 800,000 people die by suicide every year, and suicide is the leading cause of death for people aged 15-29. While the environment has had an undeniable impact, evidence suggests that genetic factors play a major role in completed suicide.

Furthermore, while mental illness and suicide are often intertwined, most people who struggle with mental illness do not die by suicide, which implicates unique suicide genetic risk factors. Our team are focused on searching for these genetic risks. We believe that by increasing our understanding of underlying biological mechanisms, we can help to understand why some individuals are more vulnerable than others, and ultimately learn how to design both effective treatments and interventions.

Recent growth in the number of studies investigating suicide genetics has resulted in promising findings from studies of specific genes selected by research teams (candidate gene studies), and from broader studies of the entire genome (genome-wide association studies, or GWAS).

However, replicated findings have been rare, perhaps not a surprising result, given the likelihood of hundreds of different genetic risk factors. Replication has also been hampered by sample differences across studies, including differences in demographics and/or in the primary diagnoses of cases.

For example, a study identifying genetic risks within older veteran suicides who had major psychiatric diagnoses, may not replicate results from a study of youth suicide cases with drug abuse. Studies also focus on a range of outcomes, from suicidal thoughts and behaviours to completed suicide. Previous studies suggest that genetic risk for suicidal thoughts and behaviours may be different from risks of actual completed suicide, so results across studies focusing on these different outcomes would not necessarily overlap.

Finally, designing genetic studies of suicide risk poses basic challenges for researchers. Candidate gene studies assume that the research team has made the correct choice among thousands of potential candidate genes. Genome-wide association (GWAS) studies avoid the need to choose genes to analyse, but the fact that there are likely so many different genetic risk factors makes separating true genetic signals from the noise caused by this heterogeneity quite daunting. Successful GWAS studies of similarly heterogeneous conditions, such as schizophrenia, have required genetic information from tens of thousands of cases and matched control samples before significant results became apparent.

In our studies, we have focused on the genetic piece of the suicide risk puzzle, because of several unique resources in Utah that circumvent many of these research difficulties. The foundation of our research study is access to over 4500 DNA samples from individuals from the state of Utah, who died by suicide. These samples have been linked to genealogical records dating back 10 generations, that are housed within the Utah Population Database (UPDB; https://healthcare.utah.edu/huntsmancancerinstitute/research/updb ). This is a computerised database also including death certificates, demographic data, and current medical information on over 8 million individuals.

After death certificates from suicide cases were linked within this database, our research team received only completely de-identified information, to protect the privacy of families. The anonymised information that we have received includes demographics, family structure, and the presence of co-occurring conditions.

We have focused our initial studies on a subset of suicide cases related to each other, in large extended high-risk families. These families have anywhere from twice the population risk, to over 10 times the population risk of suicide. They encompass from 7 to 9 generations and have anywhere from three to 13 suicide cases with DNA, for study. Investigating the patterns in the DNA that are shared among the suicide cases in these families allows us to discover genetic changes that may lead to increased suicide risk. The high-risk family design has three major advantages.

Firstly, studying these distantly related familial cases minimises the effects of a shared environment in the home or neighbourhood that could lead to suicide, and allows us to focus more clearly on just the genetic risk. Secondly, cases within families are more likely to share a smaller number of genetic risks from their common ancestors, reducing the heterogeneity problem. Thirdly, many of the families we study are very informative, in the sense that we can get a significant statistical result of genetic risk within a single family; the shared familial genetic risk is magnified through its repetition in the related suicide cases. Even if that risk is rare and only occurs in one extended family, the results can shed light on biological mechanisms that may occur more broadly.

We are now wrapping up preliminary work on 43 of our largest high-risk families. The regions of the genome, that are significantly shared among the suicide cases in these families, contained seven genes with corroborating evidence of association with suicide from previous studies, a finding suggesting that our methods are on the right track. While specific evidence of genetic risk factors for suicide are growing, the numbers of reported genes are still small, and we would have expected at most only one gene with previous suicide evidence in our findings just by chance.

The shared regions in our high-risk families also contain many genes, with known psychiatric associations. Perhaps more surprising, we also discovered genes with links to other processes, such as inflammation, immune response, and metabolic conditions, suggesting possible new ways to study suicide risk. The 249 genes identified by this first study gives us many places to start, with additional work in our own data resource.

In closing, I would like to say that our results will stimulate further analysis in other studies of suicide risk, in the worldwide scientific community. As more genetic changes leading to risk are discovered through our efforts and those of our colleagues, our understanding of suicide risk will lead to more targeted, effective prevention.

University of Utah School of Medicine