Germany has made plans to legalise cannabis, which could create up to 27,000 new jobs and save around about 4.7 billion euros

Making Germany one of the first countries in Europe to legalise cannabis, this move could bring Germany annual tax revenues and cost savings of about 4.7 billion euros ($4.7 billion), as up to 4 million people consumed cannabis in Germany just last year.

Due to 25% of cannabis consumers being between ages 18 and 24, the legalisation aims to squeeze out the cannabis black market.

The law will enact the legal acquisition and possession of up to 20 to 30 grams of recreational cannabis for personal consumption.

Lawmaker Kirsten Kappert-Gonther said: “Because too-restrictive conditions for the legal market only promote the black market for particularly strong cannabis.”

Licensed shops and pharmacies will be able to sell cannabis

In order to provide efficient safeguarding of the product, the German government are also to introduce a special consumption tax and develop cannabis-related education and abuse prevention programmes.

Health Minister Karl Lauterbach presented a cornerstone paper on planned legislation to regulate the controlled distribution and consumption of cannabis for recreational purposes among adults.

Additionally, private self-cultivation would be permitted to a limited extent, but there are continued investigations and criminal proceedings connected to cases no longer illegal that will be terminated.

Germany’s health minister stated this was to regulate the distribution and consumption of recreational cannabis amongst adults, who were already consuming the drug in increasing numbers via the grey market.

For medical purposes cannabis was legalised in 2018, however, a survey found that 1.8 million people are still accessing cannabis illicitly via the grey market to treat diagnosed illnesses.

What about in the UK?

The legalisations in Germany have enacted discussions in the UK surrounding cannabis, which have previously focused on reclassifying the substance to a Class A.

However, this has since been revoked after receiving significant public backlash. These discussions fuel the already held negative association towards cannabis with 81% of people still believing there is a stigma towards the drug.

In a discussion about what the next five years of prescription-based cannabis will look like in the UK and how to divert patients from obtaining treatment illicitly, Jon Robson, CEO of Mamedica said: “I expect that over the next five years we will see mass adoption of private medical cannabis services in the UK, similar to what we have seen from German patients recently.

“At this point, the challenge is education and awareness however, once this barrier has been reduced, the medical market will inevitably pave the way for adult recreational sales as it has done in North America and in parts of Europe, where some countries are already legislating for sales by 2024.

“Our service offers unrestricted access to the widest range of cannabis-based prescription medicines available in the UK, and our healthcare model has been designed to deliver the fastest speed of service, from initial consultation to the patient receiving their prescription.”

Cannabis legality in the rest of Europe

The Netherlands: Since 1976 the authorities have tolerated cannabis use in coffee shops, but in wider society the drug remains illegal. Adults can buy up to 5g daily in coffee shops and smoke joints there. Commercial cultivation or marketing of cannabis is illegal.

Switzerland: The state has decriminalised possession of small amounts of mild cannabis (below 1% THC) for personal use. Medicinal cannabis is legal and can be prescribed by doctors.

Italy: Possession of 1.5g or less for personal use is tolerated, and medicinal cannabis is legal, but recreational cannabis remains illegal.

Should this law in Germany be passed, other European countries may follow suit which would mark a significant step towards large-scale decriminalisation and reduction of stigma surrounding its medicinal use. 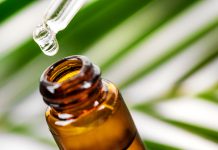