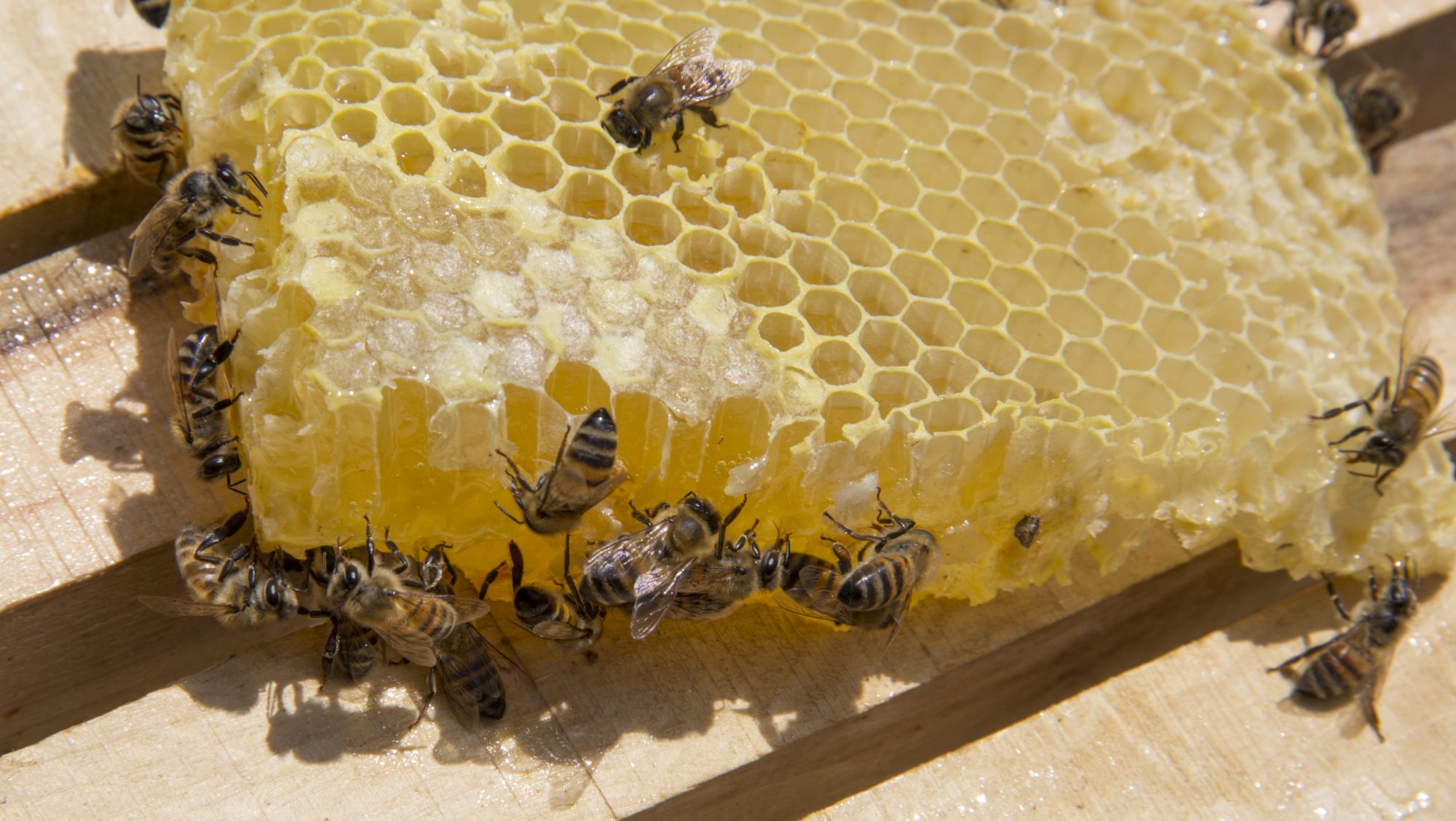 According to researchers, the healing benefits of honey are so promising that the sweet substance may replace antimicrobial drugs

People have been aware of the benefits of honey since ancient times, but now scientists at the University of Manchester are seriously suggesting that honey may offer a viable alternative to conventional antimicrobial drugs.

The many benefits of honey include its exceptional antimicrobial and tissue-regenerative properties which, scientists from the University of Manchester argue, should be exploited to help wound healing.

Their review of more than 250 articles over 85 years – with the oldest article from 1937 – is published in the journal Pharmaceutics.

Resistance to conventional antimicrobial drugs is increasing and thus the drugs become ineffective; researchers are hoping that honey could be an alternative.

More work, say the researchers, is needed to identify and quantify exactly what compounds give honey its antimicrobial and wound healing properties. This would make the substance more reliable and standardised.

What kinds of wounds can be treated with honey?

Researchers report that a variety of wound types can be treated with honey, including:

The sweet and viscous substance has been mainly used as a topical application on wounds for its antibacterial properties.

Honey’s antibacterial properties stem from its ability to generate hydrogen peroxide and the presence of other active compounds.

These compounds include phenols, defensin-1, and methylglyoxal (which is also found in manuka honey). Its acidity and low water availability also contribute to honey’s healing properties.

Honey’s stickiness also provides an effective hydrating barrier between the wound site and the external environment, which aids the healing process.

The launch of medical-grade honey

One of the first lines of products to incorporate medical-grade honey in the UK was Mesitran, first launched in 2005 in Manchester. Over the years, other companies followed suit.

In recent years, research has focused on using honey in tissue engineering applications.

Electrospun nanofibres, hydrogels and cryogels, foams, films, powders, cements, and bioinks have all been utilised to fabricate honey-based scaffolds.

Some studies have even shown how antibiotic-resistant bacteria can be more susceptible to antibiotics when used in tandem with honey.

Honey’s antimicrobial activity also includes the ability to kill or slow the spread of fungi and viruses.

There are obviously limitations. For example, honey can be absorbed by the wound dressing, poorly penetrate the wound site, and have short-term antimicrobial action.

However, manufacturers of impregnated dressings are attempting to improve their delivery mechanism to improve the efficacy of the substance.

The benefits of honey have been known since ancient times

Lead scientist Joel Yupanqui Mieles a postgraduate researcher from The University of Manchester said: “Honey has exciting antimicrobial properties and has been used in traditional medicine to treat wounds since ancient times.

“The ancient Egyptians utilised it to treat wounds and there are direct references to honey consumption in the Bible and the Quran.

“The compounds in honey offer a bank of potential antimicrobial and regenerative agents that can be utilised to combat antibiotic resistance and aid in tissue healing.

“But though the repository of compounds within honey may have immense medical benefit, further research is required to understand more about how they work and how they can be delivered to wounds effectively and safely in a standardised way.”

Joel Yupanqui Mieles added: “Knowing the type and composition of honey used in different wound types will also improve the quality of research.

“That will allow scientists to make the most of honey’s antimicrobial and healing mechanisms.

“It might even allow us to artificially replicate these in honey-inspired biomaterials that can be exploited with the current advances in tissue engineering technologies.

“That would minimise risks around processing in terms of sterilisation, storage, transport and determining authenticity and safety.

“One thing is certain: rising global antibiotic resistance is stimulating the development of novel therapies as alternatives to combat infections – and honey, we think, has a role to play in that.

”People who are worried about a wound should not treat themselves with honey without speaking to a medical professional first.”