Ros Taylor CEO of RTC Leadership & Coaching, shares her expert perspective on the future of coaching in this special human resources focus

Coaching is certainly an integral part of a business with most FTSE leaders having utilised the services of a coach at some stage in their careers. 91% of Fortune 1000 companies provide their senior leaders with access to coaching and they want even more in the future. It would seem that coaching has lost the stigma of being remedial for the weak, dysfunctional or failing. When the talent pool is ready for promotion, when a member of staff is offered their first leadership role, when a director wants to become a non-executive director, or when a CEO takes over a new board, all of this transitioning is grist to the coaching mill. In the best organisations, this is planned and integrated pre- and post-change. In these fast-paced times, a new leader has a very short window of opportunity to prove themselves and so getting the right coach on board as early as possible guards against potential major challenges.

But what is executive coaching? The International Coach Federation defines it as ‘a partnership with clients in a thought-provoking and creative process.’ It is personalised support to help understand their strengths and others’ perceptions, as well as focusing on work goals and implementation. Coaches come from many different theoretical backgrounds with differing accreditation. It is a minefield. What is certain is that for executives to be developed for even more senior roles, then the best trained and experienced coaches should be sought.

Many universities have coaching programmes, but another route to coach training is through ILM who offer a level 7 accreditation which successfully combines the theoretical with a practical assessment. When hiring a coach or a group of coaches, it is useful to question their training as well as their experience. In addition, ask about their CPD, how do they keep up

to date with this? You need the best for the best. What is also useful to look for is knowledge of the business. This may sound obvious, but many coaches can be oblivious to the demands of organisations today.

The benefits of coaching

Coaching benefits today’s leaders as it permits a place for reflection for the time-poor executive or line manager, a non-judgmental listening ear to review current demands and past mistakes and the access to a partner to bounce off ideas for future success. There is best practice for leaders culled from many research projects focusing on what works and what really doesn’t so, of course, a coach should share some of that data. However, this is not in the way of advice-giving which is more the province of the mentor but as a sharing of information which can then be adapted by the client.

A very powerful model for business change is to integrate the team and individual coaching. When a team lacks certain leadership skills, these can be developed in the group while at the same time, team members can be coached individually on their personal goals and held accountable by the coach for goals agreed with the team. This leads to the embedding of new attitudes and behaviours speedily and with stackability. In other words, they last over time.

For coaching to become an integral part of society, the remit needs to broaden. Without becoming professional coaches, leaders can learn coaching skills. The old ‘command and control’ authoritarian leadership style, though proven to be unsuccessful is still being promulgated in many companies. Adopting a coaching style, where collaboration replaces command and creativity replaces control, can offer a practical alternative. Results from The International

Journal of Evidence-Based Coaching indicates that leaders with a coaching style engender better decision making, self-management and problem-solving in those around them.

However, coaching could be seen as an expensive resource for the entitled senior few. Certainly, the Coaching Federation (2016) claims that only 4% of middle management have access to coaching. One of the ways to scale coaching for Generation X and Millennials, who all want access to instant guidance, is to use artificial intelligence (AI). Think of it as the Alexa of coaching conversations. The market exists right now in many forms, with software chatbots and online apps. Content covers decision making, relationships, motivation, confidence, problem-solving and goal attainment to name but a few. A chatbot that asks you questions, challenges your thinking and can be used on-demand is particularly useful for those entrepreneurs working alone or employees working globally and separate from head office support. It is accessible and cheaper than traditional face to face coaching.

The future of human resources

I can envisage a coaching future to be increasingly on the move, using mobile phones and apps for specific needs with lower costs and access for all levels in the workplace or indeed domestically. However, face to face coaching will always be on offer and a superior offer at that, but with coaches utilising AI to enhance behaviour change and/or goal attainment in between sessions. I know from research and my experience that it takes three weeks to change a behaviour and another nine weeks of repetition for that new behaviour to become a habit. A chatbot can remind coaching clients what they want to achieve and what they need to do in the moment to get there. That has to be useful. 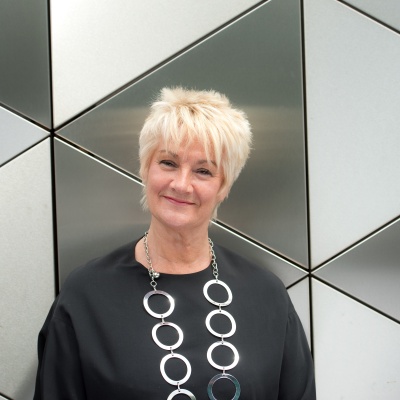 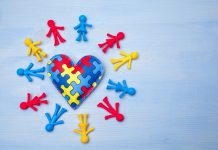 Autism in the workplace: The value and need for neurodiversity 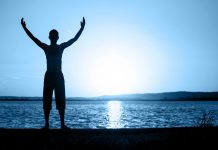 The case for coaching supervision: How does a coach self-care?

Coronavirus and working from home: What are employers’ obligations?

Important issues for employers to consider amid the Covid-19 pandemic