Investment in hydrogen trains is a vital part of the process to improve air quality, but must not be seen as an easy replacement for electrification schemes, according to a new report by the Institution of Mechanical Engineers.

Hydrogen, which can be used as an alternative for fossil fuels only producing water as waste emission at the point of use, is a clean technology that can help decarbonise the railway industry.

Around 29% of Britain’s fleet currently run only on diesel fuel which emits large concentrations of particulate matter, known to be damaging to our health, particularly at enclosed stations.

Furthermore, the report explains why hydrogen is not suitable for freight and high-speed trains because it requires a large amount of storage space.

The report builds on the findings of the Institution’s A breath of fresh air: New solutions to reduce transport emissions, which called for a Clean Air Act to help the 71% of local authorities which missed their 2017 air quality targets.

Dr Jenifer Baxter, Head of Engineering at the Institution of Mechanical Engineers, said:

“The Government has set out plans to phase-out the use of diesel-only trains by 2040 in order to reduce carbon emissions, but less than 50% of the network is electrified and the remaining half is unlikely to ever completely become so, particularly given the cancellation of three schemes in the North, the Midlands and Wales.

“Until recently, diesel engines were the only practical option for self-powered rail vehicles. Yet diesel fumes in city centres are becoming increasingly unacceptable as shown by proposals for ultra-low emission zones as well as the Government’s call to remove diesel-only trains by 2040.

“The recent introduction of hydrogen-powered trains on rural routes in Germany offers a solution which needs further development for operation in the UK. However, storing hydrogen requires significantly more space than diesel fuel. For this reason, hydrogen is not suitable for high-powered rail traction and so should not be considered as an alternative to electrification.”

The future for hydrogen trains in the UK recommends three priority areas for action: 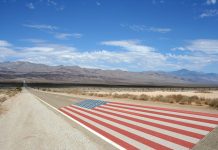 What challenges lie ahead for Biden’s aim to decarbonise US transportation?

Residents flying to the UK must pay £1,750 for quarantine hotel