Despite significant efforts and achievements cancer still represents the second most common cause of death in industrialised countries. Mutations and other changes in the genome of cells induce their malignant transformation which leads to uncontrolled proliferation and destructive growth. Survival, proliferation and migration of healthy cells are controlled by an intricate network of signalling pathways. Dysregulation of such pathways is an integral part of malignant transformation and contributes significantly to the loss of growth control and the ability to form metastases.

Intramembrane proteases are enzymes that cleave substrate proteins embedded in cellular membranes and release the cleavage fragments from the membrane (read more in the October 2018 edition of Open Access Government). By this, intramembrane proteases actively control signalling pathways as exemplified by the intensively studied Notch pathway (read more in the January 2019 edition of Open Access Government). Following activation of the Notch receptor by its ligand, this receptor undergoes a series of proteolytic cleavages culminating in the liberation of its intracellular domain into the cytosol by γ-secretase, an intramembrane protease, which is also involved in the development of Alzheimer’s disease (read more in the July 2019 edition of Open Access Government).

Over-activated Notch signalling plays a well-established role in carcinogenesis and tumour progression. In certain types of leukemia (T-ALL) over 50% of cases exhibit Notch-activating mutations which drive disease development. Therefore, different means of interfering with Notch signalling have been assessed. Pharmacological inhibition of γ-secretase blocks Notch signalling since translocation of the Notch intracellular domain to the cell’s nucleus is dependent on cleavage of Notch by γ-secretase. Therefore, inhibitors of γ-secretase are evaluated in promising phase I and phase II clinical studies against different solid tumours and leukaemias. In particular, patients with a documented activation of the Notch signalling pathway in the tumour may profit from such an approach, possibly in conjunction with established treatment strategies. However, this approach may require further evaluation, since beyond the Notch receptor altogether more than hundred different proteins have been identified to be cleaved by γ-secretase. Among these are also several receptor tyrosine kinases, which can support proliferation and survival of cancer cells, but it is not clear yet if inhibition of γ-secretase cleavage will affect the signals induced by these receptors and how this will impact on tumour growth. Effects of these receptors may also differ between tumours of different origin and, thus, will require further clinical studies.

The reported anti-cancer action of certain γ-secretase inhibitors may in part also be supported by an accompanying action of these compounds on members of a mechanistically related protease family, the SPP/SPPL proteases. Among these, in particular Signal Peptide Peptidase (SPP) has been linked with cancer. SPP was found to be highly upregulated in lung and breast tumours. In agreement, SPP depletion significantly reduced cell growth and migration/invasion capacity of tumour cells in animal models. Since currently no specific inhibitors of SPP suitable for in vivo application are available, a potential anti-cancer effect in humans remains to be determined. With regard to the underlying mechanisms, cleavage of different substrate proteins has been proposed to be responsible for the tumour-promoting activity of SPP. Therefore, further work will be needed to unravel this proteolytic network and its role in cancer biology as well as its therapeutic potential.

It is well established that a change of glycosylation patterns can significantly affect and modulate the behaviour of cancer cells. Sugar moieties are attached to almost half of all cellular proteins during their synthesis by a process known as protein glycosylation. This is also the basis for formation of the extracellular matrix, the material surrounding our body cells constituting a scaffold for their growth and migration. The extracellular matrix is formed by secretion of various glycoproteins from cells. The adhesion of cancer cells to this network as well as the composition of the extracellular matrix influence their potential to metastasize.

In this context, another member of the SPP/SPPL protease family, SPPL3, is of great interest to be explored, as it is a major regulator of cellular protein glycosylation (read more in the January 2019 edition of Open Access Government) and, thus, also impacts on the synthesis of the extracellular matrix proteins. In this regard, evaluating the impact of SPPL3 and a modulation of its activity on tumour cells is of great potential.

As these examples show, the role of intramembrane proteases in cancer is still emerging. These versatile enzymes regulate central cellular pathways, which also play a major role in tumour cells. Whereas the assessment of the therapeutic potential of γ-secretase in clinical studies is already quite advanced, our knowledge on other intramembrane proteases in this context currently only results from pre-clinical models or cell biological studies. However, based on these promising results it may be anticipated from further research efforts in this direction that intramembrane proteases will turn out to be attractive targets in cancer therapy in the future. 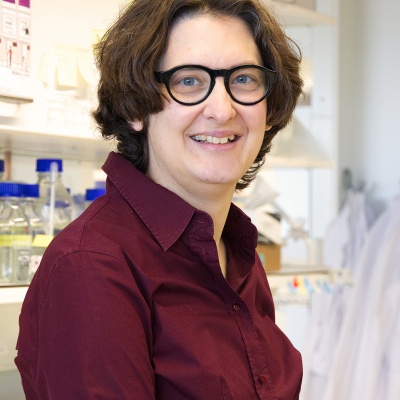