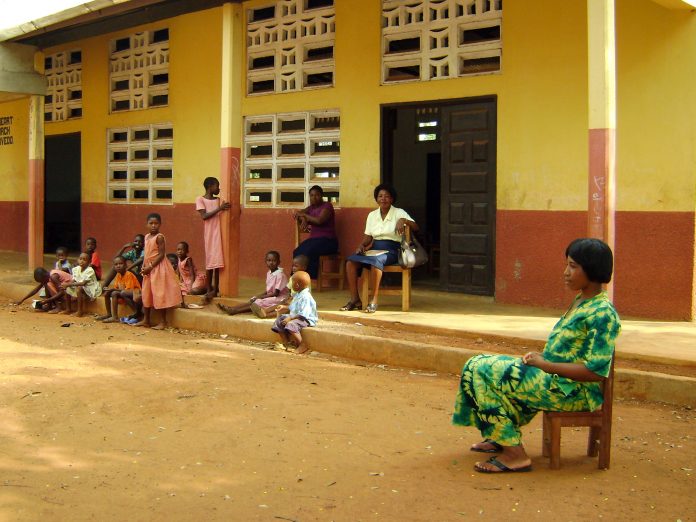 Millions of girls in education across Sub-Saharan Africa are sat silently in classrooms, struggling to follow lessons, or learn due to an insistence that all lessons should be taught in English.

As English is often not practised or reinforced out of school, and teachers are also limited by language, girls – who already struggle with sexist cultural expectations – are even more susceptible to not achieving an education in this region.

Published as a policy brief from the University of Bath’s Institute for Policy Research (IPR) and the UK government’s Girls’ Education Challenge (GEC), the findings indicate that a reliance on English as the principal ‘language of instruction’ within many schools is impacting girls in education the most.

Language barriers in education are intensifying the existing challenges girls already have to achieve an education.

For example, girls can struggle more than boys because in families the burden of housework often falls on them, which in turn denies them an opportunity to work on their English during out-of-school hours.

Increasing access to education for girls is hugely important – as seen with the 63 million girls who are denied an education every year – but more attention now needs to be paid to the quality of that education too.

The deliverance of all lessons in English, including maths and science, to children who struggle to understand, can hold back individual academic progress, and have long-term, negative effects – predominantly for girls in education.

So, researchers suggest that in the short term, more must be done to increase teachers’ own competence in the English language to have a trickle-down effect on students.

For the longer-term, they suggest that countries should re-evaluate historic decisions to teach in English and assess what impacts this is really having.

Former colonial ties have already made education a difficulty for many children globally, especially due to the language changes and expectations of native people.

Although English is often the predominant language of instruction, similar critiques can also be made about French and other dominant languages, which are typically defined by former colonial ties.

“Imagine someone trying to teach you maths or science in a language you were unfamiliar in?”

Lead researcher from the University of Bath’s Department of Education, Dr Lizzi Milligan explained: “Many people will be unaware that across large parts of Sub-Saharan Africa, school lessons are delivered exclusively in English to children whose first and sometimes second language are different.

“As a result, and across the board, our research reveals that children are struggling to access education. Despite girls’ education generally being high on the agenda for policymakers, this specific issue has received very little attention, but that really matters.

“Imagine someone trying to teach you maths or science in a language you were unfamiliar in? If we really want to make progress in increasing educational attainment, we need to urgently look at this issue.”

Alicia Mills, Senior Portfolio Advisor at the Girls’ Education Challenge (GEC), added: “Language is a widespread challenge and large numbers of girls across GEC projects are being educated through one (or more) language(s) that may not be their mother tongue.

“Language of instruction is regularly identified by GEC projects as a barrier for girls so programming reflects this to mitigate the impact this can have on girls’ opportunities for accessing, continuing and thriving in education.”

Girls in Rwanda were noted as silent and disengaged at school

As a case study to evaluate the language barriers for girls in education, researchers looked at Rwanda, looking at transitions for girls between primary and secondary school.

Overall, the research found that performances dropped for both girls and boys: by the end of lower secondary school (Year 9) half of children fail their English exams. However, among those, girls were more likely to fail than boys.

Within groups of girls, they also found distinct differences in performance too – whilst some had a good level of English and could make progress – many more were struggling.

The researchers particularly noted that those who were deemed ‘at risk’ already, from financially and physically insecure home environments, were found to be almost entirely silent and disengaged at school.

Aline Dorimana, PhD candidate at the University of Rwanda and researcher on the project said: “Many girls from different parts of Rwanda grow up in societies that already encourage silence whenever brothers are present.

“This impacts how girls learn in English and practise that language in the classroom which is also generally not practised out-of-school given girls’ home burdens too. These issues need to be considered if we are to provide access to quality education for all learners.”