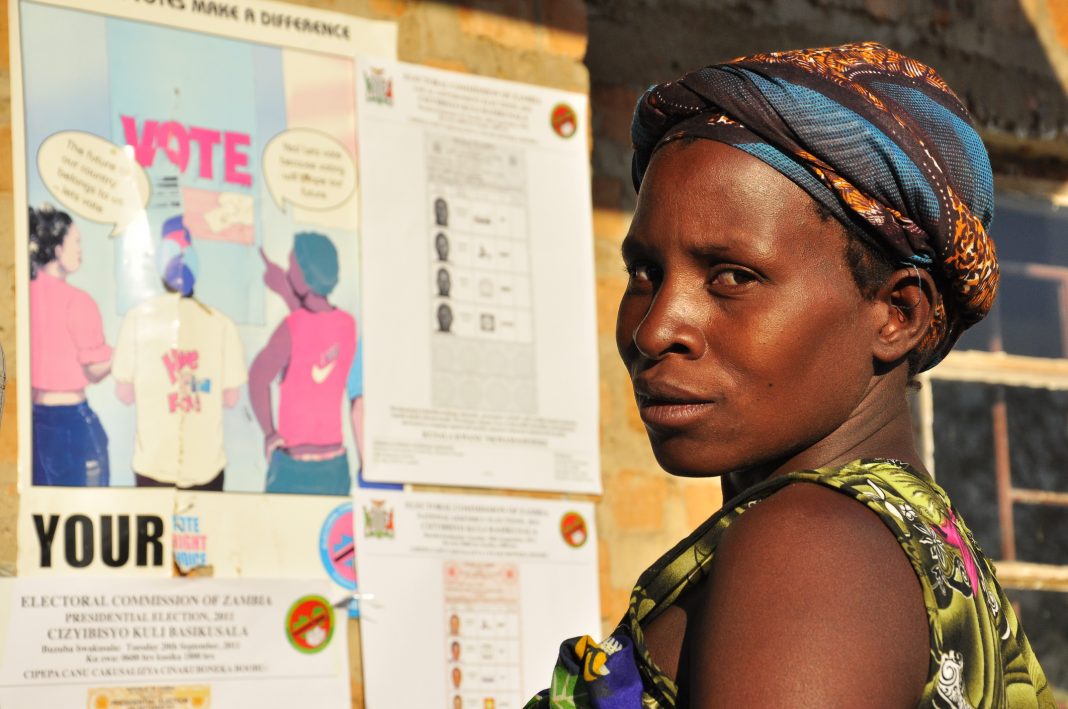 Gender parity in the public sector remains an essential endeavour: with diversity and inclusion at the forefront of modern politics, we still beg the question, where are all the women?

With women making up less than 7% of world leaders and only 24% of global lawmakers, the public face of politics still undeniably comprises of men.

This, combined with the percentage of female heads of government – which dropped from 5.7% to 5.2%, a lesser 10 out of 193 governments, in the same period – shows that women are either participating less or getting elected less in higher political institutions than men.

Of the women that could make it into the public sector, further struggles for equality and inclusion occur with a lack of diversity amongst the women elected. 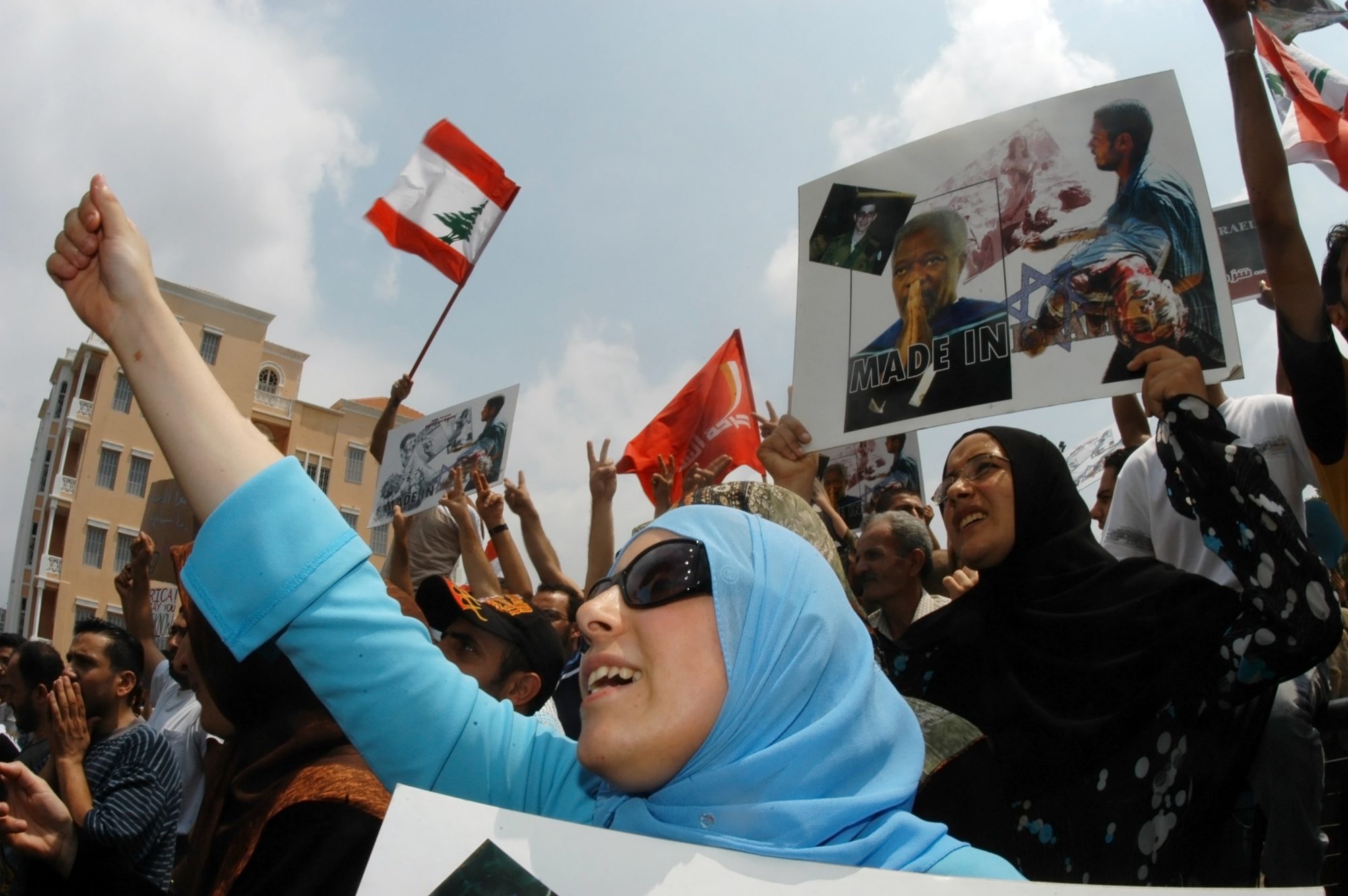 According to research by the Women’s Equality Party, less than a third of Members of Parliament are women in the UK, while only 4% of MPs are black and minority ethnic (BAME) women, despite making up 6.5% of the population. The diversity issues continue with just two female MPs being disabled people. When stepping away from the gender binary, additional representation struggles become apparent in the lack of openly LGBT adults in politics.

Where are all the women in politics?

Studies have shown that women generally are more empathetic, ethical, and emotionally intelligent than men, which are all traits of a good leader. However, if we were selecting leaders based on these suggested traits, we would actually cause an overrepresentation of women in leadership.

Male versus female performance in the workplace is not an appropriate reasoning for women missing out on leadership positions, as data from a feedback survey shows that women outperform men on 17 out of 19 critical leadership capabilities.

Yet, people seem to prefer incompetent men over competent women, as displayed in a meta-analytic review, female and male leaders are predominantly similar in their leadership effectiveness potential. However, men tend to rate their own performance much higher, whereas women are rated more highly by others, and are more doubtful of their abilities.

This survey found that leadership roles involving behaviours encouraging participation and open consideration were perceived as more feminine, while leadership roles entailing the ability to control people was regarded more masculine in nature.

So, is it the traits women inherently possess that discourage them from entering politics, or sexist discrimination? Well, apparently, it’s both.

Loyola Marymount University polled women and men among ‘feeder’ careers such as business, law, education, and politics. In this poll, it was found that women were almost equally likely to have had relevant political experience, including extensive policy research, public speaking, soliciting funds and interacting with public officials. However, when questioned whether the women thought they were qualified to run for office, and only 57% of the women said they thought they were qualified, compared to 73% of male participants.

As global female representation is still below 30%, women are socialised into choosing different career paths, undermining their own self-confidence, which continually pushes politics in a male-dominated direction.

Furthering this, it is vital to remember education and opportunity as primary factors also. As of 2019, every year 63 million girls across the world are denied an education. This emphasises the immense lack of opportunities girls are offered to even enter or understand politics, let alone access their human right of education.

The lack of representation of women in politics, self-doubt from women in the field, and policies which disproportionately benefit only men, causes a shortage of aspiration to enter this traditionally male-oriented field. 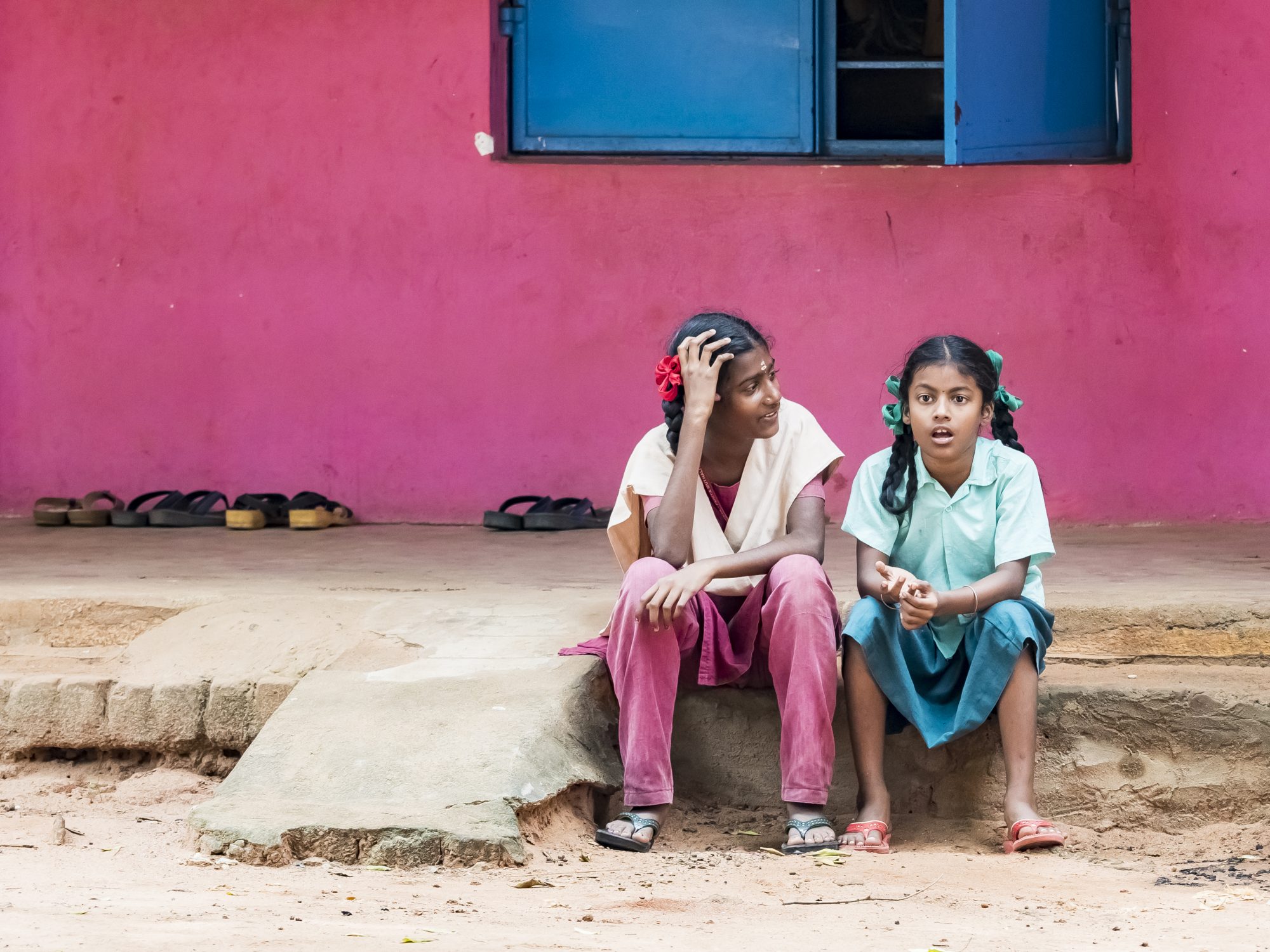 How is politics not working for women?

According to research provided by UN Women, as of early 2021, there are currently only 26 women serving as Heads of State and/or Government in 24 countries. This entails that at the current rate, gender equality in the highest political positions will still not be reached for another 130 years.

In further analysis by European Women’s Lobby research, it seems that women’s political underrepresentation can be summarised via “5 C’s”:

To follow the childcare issue, politics also does not frequently work for mothers in politics, as there isn’t adequate maternity leave for political representatives. In 2021, a female cabinet member was given maternity leave for the first time – emphasising the pre-made culture of exclusion for women MPs.

Women also have reason to avoid political positions, as there is a high likelihood for sexual assault in these roles. Many of these incidents never result in justice.

However, the world has seen a few women achieve high ranking political positions with the successes reflective of their male counterparts, such as Margaret Thatcher and Aung San Suu Kyi.

Yet frequently these political figureheads attain these positions solely if they undertake policies that reinforce patriarchal ideals, as opposed to effecting positive change. For example the first female Prime Minister of the UK, Margaret Thatcher, often implemented traditionally ‘masculine’ policy. She opposed sanctions imposed on South Africa at the time of apartheid, preferring to preserve a trade relationship.

While Thatcher imposed her strongly held beliefs, women continually forgo their own political agendas and individual recognition – simply to hold onto the power they have gained.

“Global institutions are made for and by men”

The ongoing situation of violence against women in politics

Women are often discouraged from entering politics, frequently not running for office due to the verbal abuse they receive from discouraging peers and spectators.

A study by UN Women based in India, Nepal, and Pakistan states that the violent nature of politics within South Asia often deters women from participating within the political sphere. With 800 respondents being interviewed, including election commission officials, police, contestants, and families in urban and rural areas, the study found that more than 60% of women do not participate in politics due to fear of violence.

“Politics is accepted as a men’s domain within South Asian societies and because of this perceived ‘masculisation’, IT IS ‘DIRTY’ AND PROHIBITED FOR WOMEN”

While this study focuses on women in South Asia, we can still consider this political violence in other areas. As shown in the UK with MP Zarah Sultana in the tweet below, women face racism and sexism in their roles universally.

Having spent a couple of days away on bereavement leave, I came back to my emails today. This is what I found. Muslim women in politics shouldn't have to tolerate this. pic.twitter.com/KFQ0zVVkER

Additionally to this, in 2016 a report on violence against women in parliaments uncovered that 80% of interviewees had experienced psychological abuse in relation to their work in politics. This report also highlights that in 2018 up to two thirds of female participants had been threatened or harassed online once or more, as well as an additional 10% of participants who had also received death threats.

Why do we need women in politics?

Women are half of the world’s population, which means that representation is necessary to ensure that democracy functions as effectively as possible.

With an equal presence of women with men in the public sector, an equal perspective in government is essential to ensure greater responsiveness to the needs of citizens from all demographics.

A critical test by Kings College London finds that women legislate differently when there is a priority on women’s rights – and there are more achievements in these fields which correspond with more female legislators.

With broader diversity in politics, existing issues can be tackled with more real-world perspective – such as England introducing a Women’s Health Ambassador to tackle the gender health gap, where health clinics are struggling to correctly address women’s sexual health inclusive of all ages and differences.

The COVID response in female-led versus male-led countries

An example of the benefit of women in higher positions within politics can be seen with the successes of female-lead countries in response to the COVID-19 pandemic. In countries like New Zealand and Germany, which are both female-led, their countries’ COVID-19 responses were both faster and more effective than some of their male-led equivalent countries.

University of Liverpool Management School Developmental Economist, Professor Supriya Garikipati and her colleague at the University of Reading, Professor Uma Kambhampati, analysed differing policy responses and subsequent total COVID cases and deaths across 194 countries for the first quarter of the pandemic, up to May 2020.

Using key measurements to understand the hierarchy of which country is best surviving COVID-19, Professor Supriya Garikipati said: “Our results clearly indicate that women leaders reacted more quickly and decisively in the face of potential fatalities. In almost all cases, they locked down earlier than male leaders in similar circumstances.

“While this may have longer-term economic implications, it has certainly helped these countries to save lives, as evidenced by the significantly lower number of deaths in these countries.”

Their findings show that with only 19 of the 194 countries being led by women, they created ‘nearest neighbour’ countries across the above demographics to balance out the small sample size, leading to comparisons such as Serbia (female-led) and Israel (male-led); New Zealand (female) and Ireland (male); Germany (female) and the UK (male) and Bangladesh (female) and Pakistan (male). 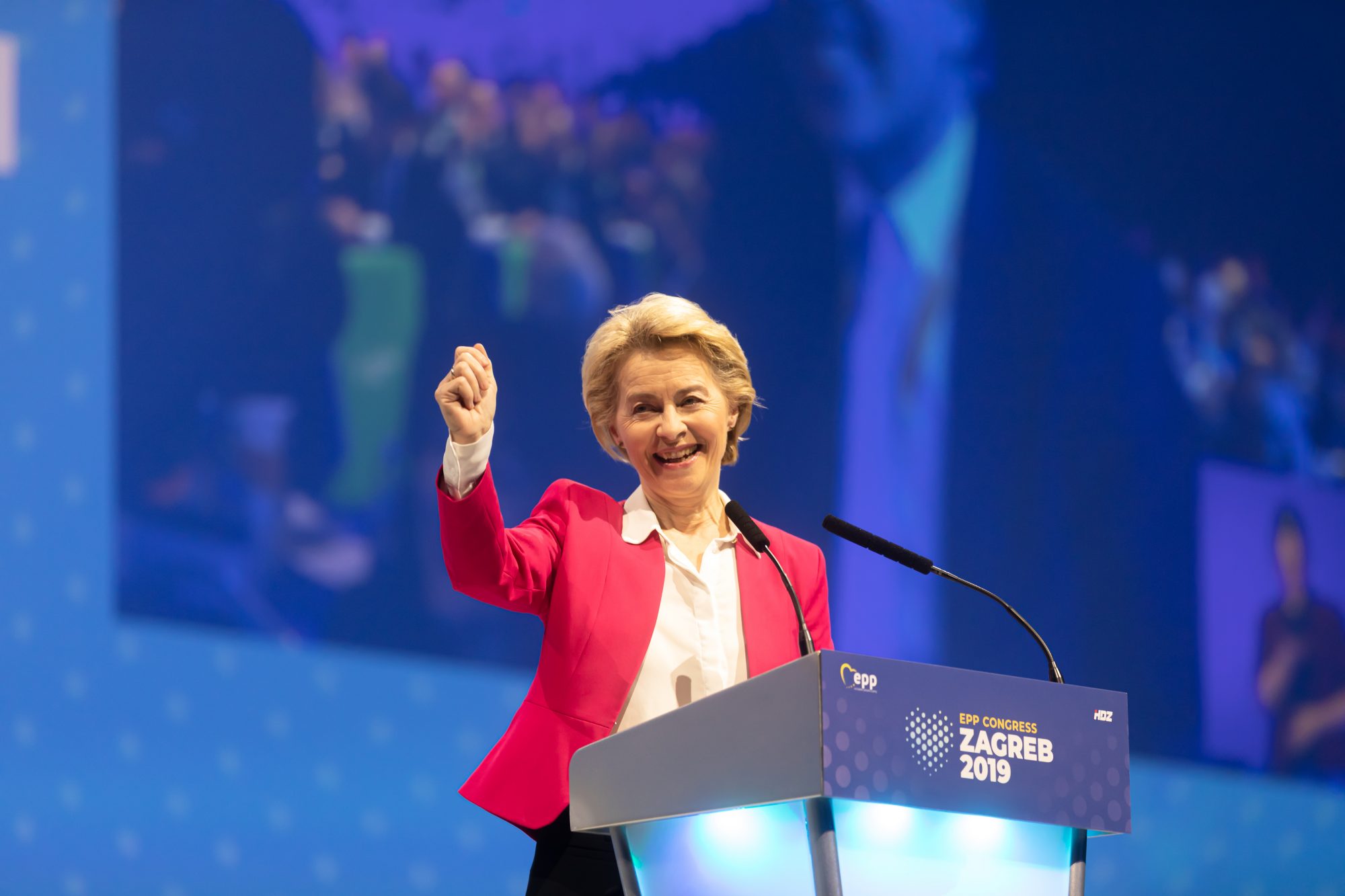 Professor Garkipati added: “Our findings show that COVID outcomes are systematically and significantly better in countries led by women and, to some extent, this may be explained by the proactive policy responses they adopted. Even accounting for institutional context and other controls, being female-led has provided countries with an advantage in the current crisis.”

This indicates that policies made under the pressure of unexpected events, like a pandemic, can highlight the relevant opinions and policies of people who have not formerly had this opportunity. Women leading countries is both beneficial and insightful for other nations with unchanging demographics in their political representation and legislation.

How do we achieve the establishment of more women in politics?

Revisiting the European Women’s Lobby research, another plan is suggested to invite more women into the political sphere.

Five ways to get more women into politics:

Are we hindering the concept of a functioning democracy?

The best gender diversity initiative would be to centre talent, honesty, and great leadership potential as a trait over gender when considering our political leaders. This would both increase the number of women in leadership roles and improve the quality of political leaders elected.

Gender equality is political equality. Decision-making is inherently unequal between men and women, causing lower representation, encouraging less women to adhere to these roles, which results in another vicious cycle keeping women out of politics, and correspondingly, potentially hindering a functioning democracy.

Conclusively, seeing gender equality attained at a governmental level would reflect well on a nation’s gender equality overall. Increasing representation and parity should be at the forefront of every country’s agenda.