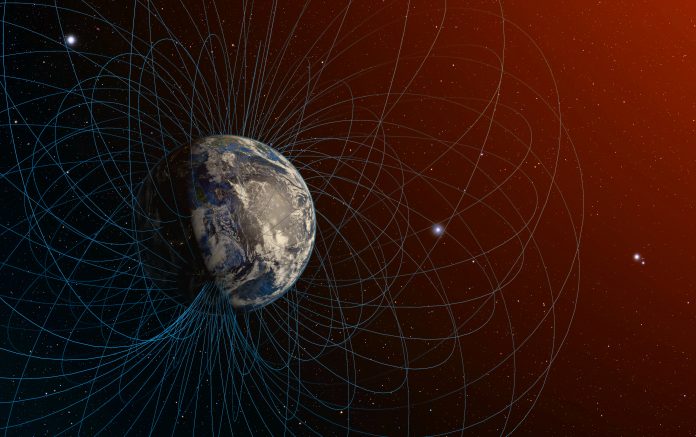 Here, Dr Maria Cristina Diamantini and Dr Carlo A. Trugenberger offer an explanation of how quantum mechanics can solve the problem of lossless energy transport and storage using magnetic monopoles

Energy waste by heat is one of the major problems plaguing our advanced technological society. A huge 8-15% of power is lost between plant and consumer and 5% of this alone is due to losses over the transmission lines. Add in the humungous heat losses by the cloud servers and data centres of the technology giants and the numbers become sobering.

All this heat is caused by electrons constantly bumping into each other when hurling down electric power lines. And this chaotic motion is, unfortunately, unavoidable in typical conducting materials. Only the miraculous nature of quantum mechanics can come to the rescue. In some materials, and under certain conditions, all available electrons can be forced into a unique quantum state, called a Bose condensate, in which they lose their individual character.

In this state they cannot scatter anymore, since, if they could, one would be able to count them. Moreover, magnetic fields are expelled in this state, as they can be easily screened by dissipationless circular currents.

In these so-called “superconductors”, electric currents can flow with no resistance. With superconducting lines, we could produce energy by turbines in the windy North Sea or by solar panels in the sunny Sahara and deliver it without losses in New York, Paris or Shanghai.

Unfortunately, typical superconductors operate at extremely low temperatures, so that the energy needed to cool them largely offsets the gains in heat dissipation. This is because electrons are subject to a quantum-mechanical repulsion that makes them avoid each other. Before they can condense into the superconducting state, they need to be paired into doublets without repulsion.

In standard superconductors, the binding potential is very weak, so that minimal thermal fluctuations destroy the pairs and lead to loss of superconductivity. Since 1986, however, a new class of ceramic materials is known, in which superconductivity survives up to temperatures of above 100 degrees K. In these so-called “high-Tc” materials, the pairing interaction is much stronger, although nobody knows yet for sure how it comes about. While this discovery is extremely promising, the necessary temperatures are still too low for commercial applications. To make progress, a fundamental breakthrough in the theoretical understanding of the pairing mechanism is needed.

Storing energy: How can one make superinsulators?

Even if lossless energy transport becomes possible, however, what can be done if supply exceeds demand? After all, we cannot stop the wind from blowing in the North Sea, because it is night in New York. Of course, part of the energy can be rerouted to where demand is high. It would be desirable, though to store the rest in batteries for later use. The problem is that even the best batteries leak energy by self-discharge, an effect that is not at all negligible (Nickel-based batteries lose 10-15% of their stored energy per month). To solve this energy storage problem, we would need the exact opposite of a superconductor, a “superinsulator” which holds charge forever since its electric resistance is infinite and no charge can pass through it.

We predicted the existence of exactly such superinsulating materials in 1996. Since then, they have been discovered experimentally, although, unfortunately, they operate at even lower temperatures, in the tens of mK range for the moment. In superinsulators, it is electric fields that are expelled, rather than magnetic ones, since no electric charges can exist within them. It would thus appear that superinsulators are Bose condensates of “magnetic charges.”

But how is this possible? Elementary physics courses go a long way to teach students that, while single electric charges are abundant in everyday life, magnetic charges appear always in dipoles, with inseparable positive and negative poles. It took the genius of Dirac in the 1930s to show that quantum mechanics again offers a way out.

The impossibility of classical magnetic monopoles is due to the unavoidable singularities they entail. Dirac showed, however that these singularities are, for all purposes, hidden and unobservable if the product of electric and magnetic charges is an integer multiple of the Planck constant h, the main numerical constant governing quantum behaviour. Quantum electromagnetism with magnetic monopoles is thus perfectly consistent.

Indeed, grand unified quantum field theories of the electromagnetic, weak and strong interactions do admit fundamental magnetic monopoles, in which the singularities are replaced by tiny inner cores containing very heavy elementary particles. Such fundamental monopoles are so heavy that they could have been produced only in the big bang. No trace of them has been ever found, even after four decades of dedicated searches.

Lighter monopoles, though could be realised as excitations in emergent condensed matter systems, where the typical energy scales are 12 orders of magnitude smaller than the grand-unified scale of all elementary interactions. In this case, the singularities are hidden amongst the lattice-like structures of these materials and, if the magnetic charges are appropriately quantised, they are unobservable.

In collaboration with V. Vinokour, now at Terra Quantum AG, we have recently shown that not only magnetic monopoles can indeed be realised as full-fledged excitations in granular emergent condensed matter systems, but that they behave as bona fide quantum mechanical particles and, thus, they can Bose condense at sufficiently low temperatures, leading to superinsulating behaviour. Although the temperatures at which this effect takes place are still extremely low, the path towards perfect energy storage has been paved.

Not only storage, concentration too. A strong superinsulator might contain extremely large amounts of charges in very narrow regions, making the ignition of nuclear fusion in microcavities possible. Finally, the simultaneous use of superconductors and superinsulators may lead to devices which do not lose any heat at all during operation, such as high-performance sensors and logical switches for quantum computers.

A quantum particle shunned by most as “impossible” might thus lead to an elegant solution of the lossless energy transport and storage problems.