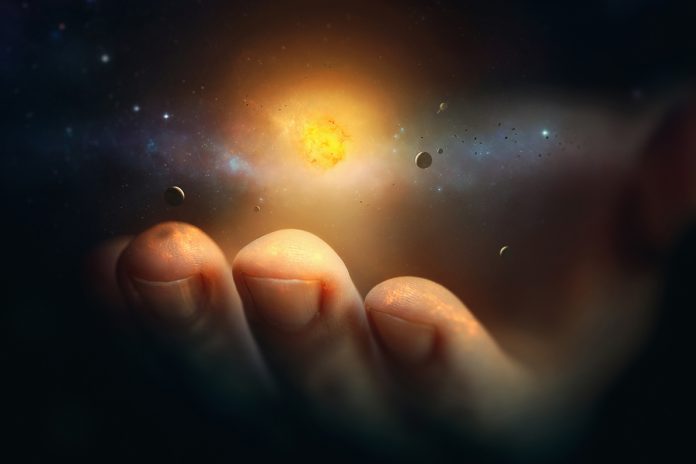 While some physicists are enthusiastic about the multiverse idea, others are extremely critical. The critics point out that it is impossible to empirically access other universes – if they exist – and they argue that this makes theorising about other universes pseudo-scientific.

But there are two important reasons why we might want to seriously consider the multiverse idea nevertheless:

String theory is perhaps the leading approach to unify our best theories of particle physics and gravity. When combined with inflationary cosmology, it suggests that different island universes may realise different string vacua. The latter would manifest themselves in different effective laws and constants across universes, resulting in an independently motivated concrete implementation of the multiverse idea.

The inference from fine-tuning for life to a multiverse has been criticised by some philosophers. According to them, it commits what is called the “inverse gambler’s fallacy”: inferring from one remarkable outcome that there are likely many similar events, with less remarkable outcomes. For example, the inverse gambler’s fallacy is committed by someone who enters a casino, sees a rare and remarkable outcome happen at the next table and concludes that the game has likely been going on for a long time because one remarkable outcome among many non-remarkable ones would all in all, not be very surprising. According to critics of the inference from fine-tuning for life to a multiverse, it commits the same fallacy: the existence of other universes would not make it any more likely that this universe here has the right conditions for life.

Whether or not the inverse gambler’s fallacy charge against the standard fine-tuning argument for a multiverse is compelling or not, it is interesting to note that one can make a novel fine-tuning argument for a multiverse that is not potentially vulnerable to it. That argument starts with the observation that single-universe theories usually start out with the advantage over multiverse theories that they allow more specific predictions. Multiverse theories tend to entail so many different things happening in the different universes, that this seriously hampers their predictive force.

But do we even have a chance to empirically test specific multiverse theories like the one based on inflationary cosmology and string theory? Unfortunately, doing so is incredibly hard, especially for theories that suggest multiverses that are sufficiently vast and diverse to make the existence of a universe like ours likely. The problem is, that such theories will also make the existence of other universes likely that are radically unlike our own, which makes it difficult to see what – if anything – we should expect to observe if such a theory is true: so many conceivable observations are compatible with it.

The most widely used strategy for extracting predictions from multiverse theories, despite this difficulty, is to focus on what typical multiverse inhabitants observe. However, an obvious problem with this strategy is that it presupposes an answer to the tricky question of what counts as an observer. Put differently, the question is with respect to which reference class of objects, conceived of as observers, we should assume being typical. In practice, this difficulty is usually avoided by using a “proxy” for observer number, for example, the amount of matter clustered in giant galaxies.

To conclude, while the multiverse idea is well motivated, conclusively testing concrete multiverse theories will likely remain out of reach in the foreseeable future of physics.