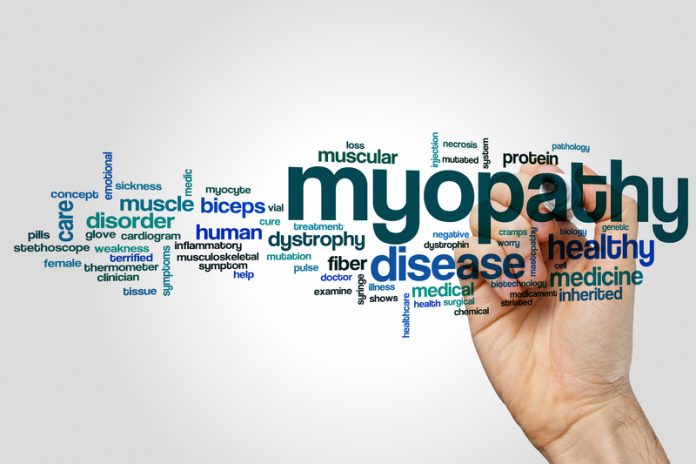 Muscular dystrophies constitute a group of genetically dissimilar diseases related to the weakening and breakdown of skeletal muscle. At present, nine main categories and over thirty subtypes of muscular dystrophy have been recognised, based on alterations in the structure and/or function of the dystrophin protein caused by mutations in certain genes specifically impacting muscle function (Saada et al., 2016).

Despite the prevalence and the estimated economic burden of over $795 billion associated with the whole set of types and subtypes of muscular dystrophy, the underlying biology and pathogenesis remains poorly understood (Gumucio, 2017). Nevertheless, recent advances in omics-based science, including the advent of artificial intelligence (AI) learning methods contributing to the analysis and the correlation of genome, proteome, epigenome, metabolome and lipidome data, are significantly accelerating disease pattern identification under a precision medicine framework. An in-depth knowledge of the mechanisms involved in both normal physiological functioning and disease status is becoming crucial for the development of efficient treatment strategies for muscular dystrophy.

Myopenia, a clinically relevant muscle wasting condition associated with the impairment of muscle function due to congenital or acquired causes including cachexia and sarcopenia, may represent a life-threatening disorder. Cachexia is a multifactorial syndrome related to a variety of conditions leading to inflammatory muscle mass loss, hence potentially resulting from multiple different disease causes and genetic variability.

A collateral effect associated with muscular dystrophy is myosteatosis, that is, the accumulation of pathological ectopic lipid with concomitant atrophy and fibrosis. Myosteatosis mostly follows chronic rotator cuff injuries. Scleraxis, a basic helix-loop-helix transcription factor required for the embryonic formation of tendon and the differentiation of tendon progenitor cells, is supposed to play an important role in adult tendon adaptation as well, along with the progression and consequences of myosteatosis on muscle metabolism and function. Although the pathways activated by excess lipid are poorly understood, the myosteatosis process starts with an initial acute inflammatory phase due to a dysfunctional mitochondrial functioning unable to oxidise lipid. As a result, a lipid is accumulated over time, leading to a chronic, persistent inflammatory condition causing increased oxidative stress, tissue atrophy and muscle dysfunction.

A recent focus in the field has centered on the ability to recognise the genetic mutations related to each subtype of muscular dystrophy, followed by the prospect of gene manipulation intending to reverse the disease progression. Indeed, genetic modulation via DNA and

oligonucleotides and gene editing technologies including clustered regularly interspaced short palendronic repeats (CRISPR) are expected to hold the great promise of a cure for muscular dystrophy (Morley and Anker, 2017). The advent of precision medicine is significantly

paving the way for the development of novel genomics-based early preventive strategies and potential treatments for a plethora of severely underserved conditions, such as those associated with some type of muscular dystrophy.

The estimated prevalence of Duchenne’s and Becker’s muscular dystrophy (DBMD) in the United States is 1 in every 7,250 males aged 5-24 years (Romitti et al., 2015). Both diseases involve the loss of function of the dystrophin gene, generally due to a disruption in the dystrophin protein reading frame.

Therefore, an accurate correction of the dystrophin gene via gene editing, gene therapy or cell regeneration approaches would constitute a noteworthy therapeutic solution. In fact, recent approaches have been made intending to use recombinant adeno-associated viral (rAAVs) vectors and lentiviral vectors, as well as, sleeping beauty nonviral transposons to host truncated highly functional microdystrophin or microutrophin genes into the genome aiming to improve the dystrophin function.

Additional advances have been made with the development of DNA and RNA-based therapies, including smart oligonucleotides capable of interfering the splicing process to restore the dystrophin protein reading frame (Van Cauwenberghe, 2018). Indeed, the U.S.

or function of the dystrophin gene protein, myopenia represents a therapeutic area that can be

powerfully addressed under a precision medicine approach. Although further efforts remain to be made, the use of a patient’s own genome, proteome, epigenome, metabolome and lipidome outputs as predictive and prognostic biomarkers for the adequate treatment and management of muscular dystrophy is making precision medicine a reality, propelling therapeutics discovery pathways through notable innovations in microRNA-based platforms, self-delivered RNA interference-based liposomes, anti-code therapeutics, therapeutic ribonucleases, antisense drugs, RNA splicing modulation, exon skipping treatments and microRNA programming, among many other disruptive approaches.

I would like to thank all contributors from industry involved with the development and delivery of this article from the TechVision Group at Frost & Sullivan.