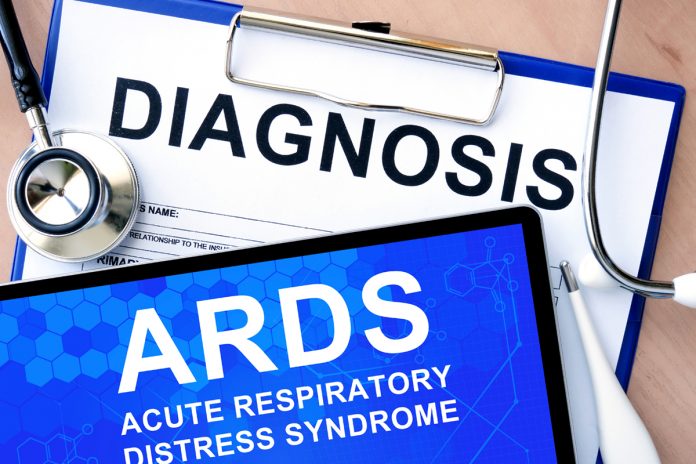 After nearly a decade of trials reporting negative results, research in the past few years has provided new hope for the further reduction of mortality from acute respiratory distress syndrome (ARDS), with positive clinical trials of neuromuscular blockade and prone positioning, and exciting new directions in regenerative medicine and molecular phenotyping, among others (see here and here).

However, ARDS is still an under recognised and undertreated syndrome, with high mortality and morbidity. Pharmacological approaches of ARDS treatment are limited, with ineffective clinical translation, and further mechanistic explorations are still needed to identify novel biomarkers and to develop innovative therapeutic approaches. Two major features of ARDS contribute to mortality and response to treatment: impaired alveolar fluid clearance (AFC), i.e. altered the capacity of the alveolar epithelium to remove edema fluid from distal lung airspaces and phenotypes of severe inflammation.

The receptor for advanced glycation end-products (RAGE) is a transmembrane pattern-recognition receptor of the immunoglobulin superfamily that is constitutively and abundantly expressed by lung alveolar type (AT) I epithelial cells, among other cell types (e.g. monocytes/macrophages, AT II and endothelial cells).

RAGE stimulation modulates several cellular signalling pathways including phosphorylation cascades and modulations of transcription factors such as NFκB. Advanced glycation end-products (AGEs) are not exclusive ligands for RAGE and other ligands include high-mobility group box 1 protein (HMGB1), calgranulins/S100 proteins, amyloid peptides and macrophage adhesion ligand-1 (MAC-1), among others. There is growing evidence supporting a pivotal role for RAGE in ARDS pathophysiology through the initiation and perpetuation of inflammatory and immune responses, but the roles of RAGE pathway during lung injury and repair remain underexplored to date.

The soluble receptor for advanced glycation end-products (sRAGE, the main soluble isoform of RAGE), consisting of the extracellular domain of RAGE, is a marker of AT I cell injury that is associated with the diagnosis of ARDS in critically ill patients. In particular, a biological phenotype of elevated sRAGE, HMGB1 and S100A12 combined with decreased esRAGE and AGEs was found to distinguish patients with ARDS from those without the syndrome.

In both preclinical and clinical studies, plasma sRAGE was associated with severity in ARDS, as assessed by the partial pressure of arterial oxygen to fraction of inspired oxygen (PaO2/FiO2) ratio, among other indices of alveolar capillary permeability and of lung injury. It has also been reported, in humans, mice, and in an ex vivo model of the perfused human lung, that sRAGE could be a good surrogate for net AFC rates, thus possibly providing a biological tool to monitor the function of the alveolar epithelium. In addition, baseline plasma sRAGE has been independently associated with mortality of ARDS in recent clinical studies.

Furthermore, plasma sRAGE is a good marker of lung imaging patterns in patients with early ARDS, distinguishing patients with focal ARDS from those with non-focal ARDS. New data supporting the notion that AFC may differ between lung imaging-based ARDS phenotypes, as well as mechanistic relationships recently described between RAGE pathway and mechanisms of AFC (such as the expression and function of lung epithelial channels), further suggest a role for RAGE pathway in an underlying endotype of impaired AFC.

Plasma sRAGE could, therefore, be useful for risk stratification in ARDS, i.e. to identify subgroups of patients who may experience better (or worse) outcome when exposed to an intervention, a condition, or a risk to develop a condition. Although plasma sRAGE was not predictive of ARDS development in an unselected population of all critically ill patients, measurements of plasma isoforms of RAGE could accurately predict the onset of ARDS in specific high-risk populations.

Our group has also found that variations in plasma RAGE levels occur shortly after a recruitment manoeuvre (RM, which is a ventilatory intervention used in hypoxemic patients), and sRAGE is associated with response to RM (i.e., improved oxygenation), in patients with non-focal ARDS.

Although sRAGE has never been assessed in clinical trials of biomarker-guided therapies, plasma sRAGE, along with improved oxygenation and attenuated systemic and alveolar inflammation, decreased significantly over 2 days when patients with ARDS were sedated with inhaled sevoflurane, compared to intravenous midazolam, in a prospective monocenter randomised controlled trial from our group. Such findings reinforce the value of sRAGE to monitor therapeutic response in patients with ARDS.

A biomarker may serve different roles: it may provide a diagnosis, assess/monitor severity, assess the response to a therapeutic intervention, predict a disease, and/or identify subgroups of patients with a severe form of a disease associated with an increased probability of death or severe outcome. Most useful biomarkers are those that reflect underlying pathophysiological processes of injury and/or repair.

Therefore, sRAGE has most features of a validated biomarker that could be used in clinical medicine. It has values for ARDS diagnosis, assessment of severity and prognosis, monitoring the response to therapy, and possibly identifying subgroups (or phenotypes) of patients that would benefit from tailored therapy. Rapid point-of-care tests for circulating levels of biomarkers could lead to clinical trials of biomarker-guided, cell-specific ARDS therapy testing epithelial-targeted therapies such as innovative cell-based therapies.

The development and validation of an assay for bedside measurement of sRAGE, or of a panel of biomarkers including sRAGE, is therefore highly desirable. However, more validation studies, as well as comparisons with other biomarkers, are warranted to ultimately support the application of personalised or precision medicine in patients with ARDS. 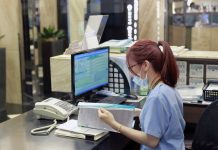