New images from Thomson EC show how far microplastics have reached into our food chain, affecting organisms on a microscopic scale

Ecology consultancy Thomson EC has released images that show microplastics, including microbeads found in cosmetics and fragments of fishing equipment, ingrained in our ocean’s food chains at even the smallest level.

The images show organisms no bigger than 2mm, such as the amphipod shrimp, covered in fragments of plastic.

The pictures were taken of animals fished up from the beds of a British estuary, and include images of a scale worm (2mm) and an oligochaete tubificoides amplivasatus (1mm).

It is estimated that every year 8 million tonnes of plastic enter our oceans, with 70% of all marine waste sinking to the ocean floor.

If waste accumulation continues at this rate, by 2050 there will be more plastic in the ocean than fish (by weight).

Due to the ocean’s currents waste from one region can pollute waters hundreds of miles away.

Large pieces of plastic can cause bigger marine animals to choke or become entangled, leading to death in some cases.

When ingested they can cause internal injury, digestive blockages, and even changes to oxygen levels in the blood. 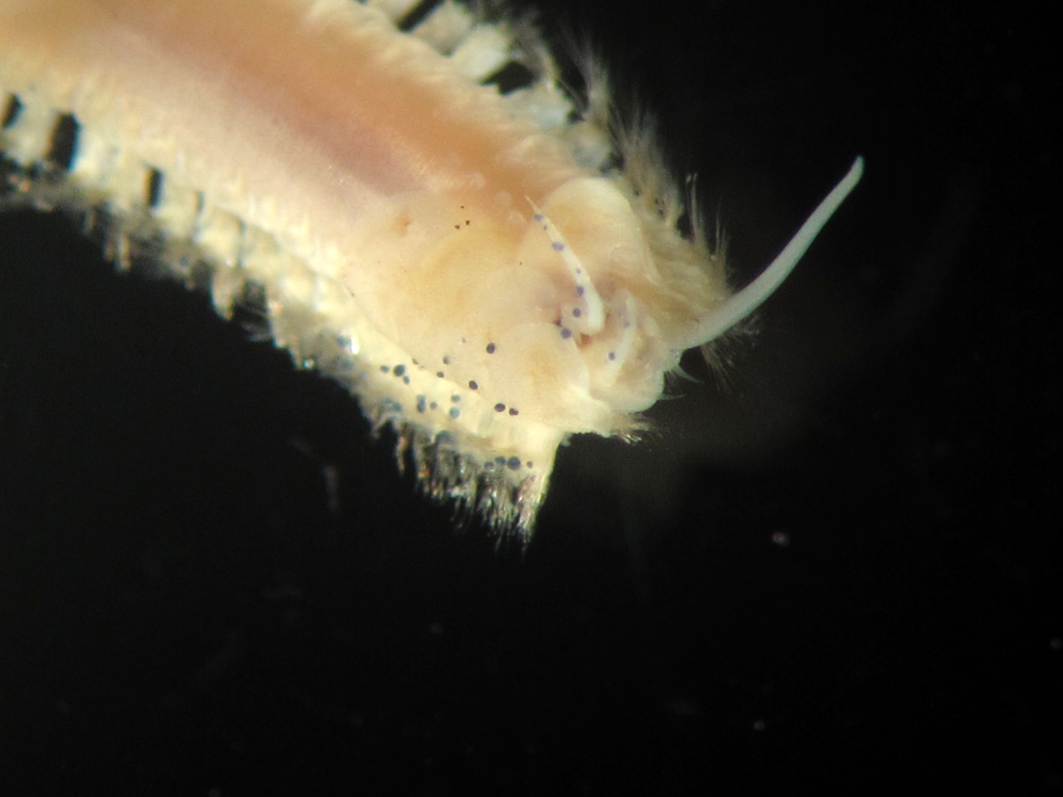 The UK is set to introduce legislation to ban microbeads in cosmetics.

While this contributes a relatively small percentage of plastic pollution, it is estimated 5,000 to 95,000 particles enter the water system with every use of microbead cosmetics and their small size means they can be hard to detect and cause damage on the smallest scale.

The cosmetics industry say replacing the function of microbeads will not be easy, but biodegradable options are available.

“The UK Government has just proposed the strongest ban on microbeads in the world to date.”

“This is great news for our environment and a positive sign of Britain’s global leadership on ocean plastics.”

Campaigners are now urging governments and corporations to reduce the amount of plastic used across all industries and remove plastic waste from the oceans.