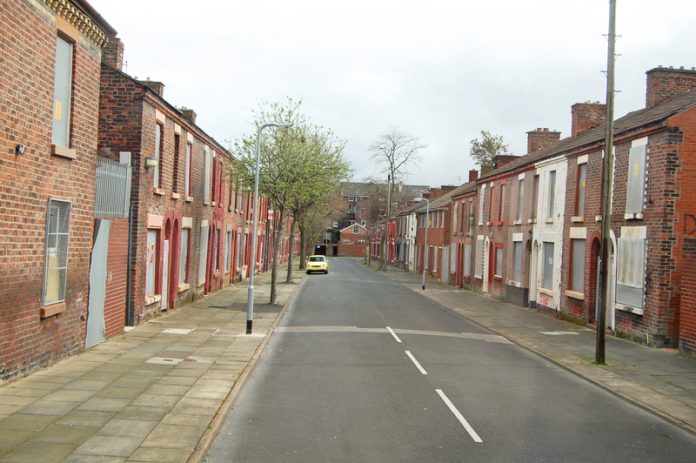 Dr. Anouk Tersteeg and Dr. Gideon Bolt from Utrecht University explore the opportunities ahead for social cohesion in diverse and deprived neighbourhoods

Political debates about diversity in Europe are still mostly concerned with the question of how much diversity to accept, whereas the reality is that cities are becoming irreversibly more diverse, not only in terms of ethnicity and socioeconomic status of people, but also in terms of for example their identities, activity patterns, lifestyles and household types (Tasan-Kok et al. 2013).

Rather than questioning whether to accept diversity, our field studies in Feijenoord, a deprived and diverse neighbourhood in Rotterdam, invite policy makers to focus on questions of how to accommodate an increasingly diverse urban population. Our study is part of the international DIVERCITIES1 (Governing Urban Diversity: Creating Social Cohesion, Social Mobility and Economic Performance in Today’s Hyper-Diversified Cities) project, undertaken in 14 cities). The following suggestions are based on our analysis of the situation in Rotterdam, but they are of a wider relevance for other European cities.

Towards a comprehensive rhetoric of urban diversity

Focussing on traditional ethnic and socioeconomic categories, problematising cultural diversity and stressing cultural assimilation do not do justice to the emergent highly diverse population of cities. By mostly focusing on the challenges that urban diversity brings, such an approach is not open to the opportunities that diversity offers for social cohesion. Instead, it contributes to a negative reputation of diverse neighbourhoods. To seize the opportunities of urban diversity, policy makers, other civil servants and urban professionals at all scales should fully embrace urban diversity.

In this sense, much can be learned from the inclusive, open-ended and opportunity-driven approaches of grass-roots initiatives studied in the highly diverse context of Feijenoord in Rotterdam. The grass-roots initiatives have an eye for the multiplicity of skills, knowledge, culture, information and support networks that the local diversity of people brings and see this as a quality. These initiatives bring together diverse people to encourage social cohesion, social mobility and entrepreneurship (see Tersteeg et al. 2014; Tasan-Kok et al. 2017).

Next to this alternative rhetoric of diversity, the grass-roots initiatives offer a rich local network and detailed knowledge about the interests, needs and problems among residents, which provides crucial information when both developing and realising urban policy.

Facilitating spaces for exchanges across differences

Research in Feijenoord in Rotterdam refuted the dominant perception in policy and some academic schools of thoughts that social cohesion levels in diverse, deprived areas are low. It did so by showing that through locality-based weak ties of neighbours and other local acquaintances residents in Feijenoord are connected on many different dimensions, for example in terms of ethnicity, religion, lifestyle, education, occupation, household type.

The diverse weak ties offer residents information, companionship and social and practical support. This is particularly so for people who are relatively dependent on the neighbourhood for their daily activities and social contacts. For the main part, people with a low socioeconomic position, households with young children and elderly people, profit from these weak ties. Key facilitators of diverse weak ties appear to be shared spaces with neighbours and local facilities and amenities in which people with diverse backgrounds meet recurrently and for sufficient time, to get to know one another, such as schools, community centres and activity spaces of sports clubs.

Nevertheless, over the last decade, the municipal budgets on neighbourhood-based facilities and services for low-income groups, particularly community centres, but also language courses for newcomers have undergone major cuts. At the same time, city governments have increased their budgets for creating attractive cities and neighbourhoods for middle-class households. Budget cuts on local spaces that bring together people with diverse backgrounds counteract social cohesion.

A relatively low-cost way to maintain and facilitate social cohesion is to support public and semi-public neighbourhood spaces in which diverse groups of residents meet. Another way to facilitate social interaction in shared spaces is by offering language courses free of charge. Otherwise especially low-income immigrants will have fewer opportunities to follow such a course. Not being able to speak the same language appears to be a key barrier to positive perceptions of diverse local others and local social interactions and relations across differences.

Adjusting expectations of the middle-classes

In many other European countries, municipalities and housing corporations have made concerted efforts to attract middle-class residents to deprived urban neighbourhoods, amongst others because their presence is thought to help residents with a lower socioeconomic position here. Yet, our research shows that income groups in mixed- income settings see each other in local public spaces but hardly meet, let alone develop positive relations. This is because they use different neighbourhood spaces. Higher income groups use facilities and services that are hardly accessible to lower income groups and spend less time in the neighbourhood (except for families with young children).

In this sense, one might argue that it is higher income groups who participate poorly in everyday neighbourhood life in diverse, deprived neighbourhoods, rather than lower income groups, which urban policy often suggests. To counteract segregated social networks along lines of income, one way forward is to facilitate inclusive meeting spaces. Our research indicates that local schools, community centres and sports clubs are already key facilitators of social relations between diverse people, albeit mostly with a low-income. It is in these spaces that policy makers should invest. If local schools, sports clubs and other community services and spaces that are accessible to low-income groups offer a higher quality of products and services, this will also seduce higher income groups to use them.

Highly diverse contexts require inclusive management practices. That is, practices that acknowledge, listen to and accommodate as much as possible the multiplicity of needs of residents, also those of minorities and low-income groups. Neighbourhood professionals (such as civil servants and professionals of housing corporations) can only do this when they move beyond the privileged treatment of (white) middle-class households. As Tersteeg, Bolt and Van Kempen (2015, p. 60) have argued: maintaining that those (white) middle-class neighbourhoods: “Are the ideal or the norm strongly denies that people with other lifestyles and opportunities are also part of [and important to] a city. It is a discourse that strongly negates the diversity of city life”.

1 This project has received funding from the European Union’s Seventh Framework Programme for research, technological development and demonstration under grant agreement No. 319970. SSH.2012.2.2.2-1; Governance of cohesion and diversity in urban contexts.