The Indonesian government is failing to protect the rights of Indigenous peoples who have lost their traditional forests and livelihoods to oil palm plantations in West Kalimantan and Jambi provinces.

Loss of forest occurs on a massive scale and not only harms local indigenous peoples but is also associated with global climate change.

The 89-page report, “‘When We Lost the Forest, We Lost Everything’: Oil Palm Plantations and Rights Violations in Indonesia,” examines how a patchwork of weak laws, exacerbated by poor government oversight, and the failure of oil palm plantation companies to fulfill their human rights responsibilities have adversely affected Indigenous peoples’ rights to their forests, livelihood, food, water, and culture in Bengkayang regency, West Kalimantan, and Sarolangun regency, Jambi.

The report, based on interviews with over 100 people and extensive field research, highlights the distinct challenges Indigenous people, particularly women, face as a result.

“Indonesia’s Indigenous communities have suffered significant harm since losing their lush ancestral forests to oil palm plantations,” said Juliana Nnoko-Mewanu, researcher on women and land at Human Rights Watch and author of the report. “The Indonesian government has created a system that facilitates the deprivation of Indigenous land rights.”

A complex web of domestic and international companies is involved in growing palm fruit, processing palm fruit into oil, manufacturing ingredients, and finally using these ingredients to produce consumer products sold around the globe – everything from biodiesel blends to frozen pizzas, chocolate and hazelnut spreads, cookies, and margarine, to the manufacturing of numerous lotions and creams, soaps, makeup, candles, and detergent. Given its ubiquity in consumer goods, every person globally has probably consumed palm oil in some form.

Human Rights Watch focused on the plantation operations of two palm oil companies: PT Ledo Lestari in West Kalimantan and PT Sari Aditya Loka 1, a subsidiary of the Jardine Matheson Group, in Jambi. Both oil palm plantations have had a devastating impact on the rights of two Indigenous peoples: the Ibans, a subgroup of the Dayak peoples indigenous to Borneo (Kalimantan), and the Orang Rimba, a semi-nomadic, forest-dependent Indigenous people in central Sumatra.

The impact of oil palm production can be seen across Indonesia, including in restive Papua province, Human Rights Watch said. Conflicts related to land are pervasive and have frequently been linked to oil palm plantations. Konsorsium Pembaruan Agraria (Consortium for Agrarian Reform), an Indonesian nongovernmental organization, documented more than 650 land-related conflicts affecting over 650,000 households in 2017, and about 410 conflicts affecting 87,568 households in 2018.

Various Indonesian laws, starting from 1999, require companies seeking to develop oil palm plantations to consult local communities at every stage of the process to obtain government permits. Companies have responsibilities under international law to have ongoing consultations with communities.

Human Rights Watch found no evidence that these oil palm plantation companies adequately consulted with affected households until after forests were significantly destroyed. In West Kalimantan, Iban villagers said they learned that the company had initiated operations in their forest only when bulldozers and other equipment rolled in to raze their land. A decade later, PT Ledo Lestari signed agreements with some families to relocate their homes a few kilometres into the plantation but did not provide any compensation for the loss of their indigenous forest and livelihoods derived from it.

Their community is now enclaved within the company’s oil palm plantation, leaving them no land for gardens. The forest has been largely destroyed, clearing plants they use for food and materials used to make mats and baskets they sell to supplement household revenue. Community members said company representatives burned down their traditional homes at the old village, including the belongings of residents who refused to relocate.

In Jambi in central Sumatra, PT Sari Aditya Loka 1 failed to adequately consult with the Orang Rimba to mitigate any ongoing harm after legal reforms introduced clear obligations to do so. The company has not organized any meaningful consultations nor reached agreement to provide remedies to the Orang Rimba the company displaced from their forests.

The forest itself has been irrevocably changed. In the past, the forest provided community members with most of their needs – from food to rattan. Many Orang Rimba in Jambi province are now homeless, living in plastic tents, without livelihood support. Some Orang Rimba said they had been self-sufficient but are now reduced to begging on the highway or “stealing” oil palm fruits from the plantation area to sell and make money. Many now live in abject poverty.

In both communities, women experienced distinct losses in passing on intergenerational knowledge and skills, such as weaving mats and baskets made from forest products. Several Indigenous women also said they had lost sources of supplemental income.

In 2018 and 2019, Human Rights Watch wrote to both PT Ledo Lestari and PT Sari Aditya Loka 1 introducing our research and later explaining our findings, along with a list of questions. PT Ledo Lestari has not responded. In August, Human Rights Watch received a letter via email from the vice president of sustainability at PT Astra Agro Lestari Tbk, PT Sari Aditya Loka 1’s parent company. The letter provided details on education, health, and economic programs the company implemented in the area. However, both companies have failed to create any mechanism to explore restitution or provide just and fair compensation for losses suffered, in consultation with the Indigenous people affected.

Deforestation on such massive scale threatens not only the wellbeing and culture of the Indigenous populations but also has global significance associated with climate change. The European Union responded to the environmental concerns around palm oil production by capping all palm oil imports for biofuel at 2019 levels until 2023, and a total phase-out by 2030. The EU policy should also advocate for transparency within the supply chain to curb human rights risks communities face due to oil palm plantations.

On September 23 at the Climate Action Summit in New York, UN Secretary-General Antonio Guterres will be asking leaders from government and business to enhance their commitments to reduce carbon emissions drastically by mid-century. One key summit theme is a focus on nature-based solutions by increasing carbon sink capacity and enhancing resilience within and across forestry.

In 2018, President Joko Widodo announced a moratorium on new permits to oil palm plantations. The moratorium is a good start, but additional reforms are long overdue, Human Rights Watch said.

“The poverty, hunger, and loss of identity experienced by Indigenous people in exchange for oil palm and the consumer goods it produces is a human rights tragedy,” Nnoko-Mewanu said. “Parliament should promptly adopt the bill to protect Indigenous rights to stop further irreversible damage caused by the palm industry.”

Selected accounts from the report:

Leni is a 43-year-old Iban Dayak woman and mother of two, in Jagoi Babang district of West Kalimantan province – an area her Indigenous community has inhabited for centuries. A decade and a half ago, lush forests with evergreen fruit-bearing rambutan trees surrounded Leni’s home.

Currently, they have little land to farm and no forest in which to forage after the land was cleared to make way for an oil palm plantation run by an Indonesian company.

“Before our lives were simple, not rich, but enough. Since oil palm came there is more suffering. I can’t feed my family. I have a baby. I must put food on the table every day. How do I do that when both of us [my husband and I] are not working. Every day I must figure out how to do this.”

Maliau, an elderly Orang Rimba mother of nine children, has struggled to survive off land in Sarolangun district of Jambi province on the island of Sumatra. The forests once sustained her the families in her community.

They have now been decimated by an oil palm plantation that began operating in the area nearly three decades ago:

“Life was better before. Women could find many types of food. Some wove mats from leaves and baskets. We made lamps from gum resin. Now we cannot find materials to make these.”

Mormonus, a 49-year-old village leader of Semunying Jaya, was one of two people who were detained by the police in 2006 for organizing protests against PT Ledo Lestari’s expansion into their forest:

“Forest means everything. Forest provides water. Water is blood … land is body, wood is breath. When we lost the forest, we lost everything. We can’t pray to the god of oil palm.”

Francesca, a 28-year-old Iban Dayak mother of two, said she and her husband refused relocation. She said that company representatives torched her home, rendering them homeless:

“An assistant manager came to my home. On that day my oldest son had fever. He said to my husband, ‘Your five hectares of land here is gone and two hectares here is gone. Go to the company and get your money.’

“My husband told them he doesn’t want to sell. Months later, while I was at my mother’s new house [in the plantation] and my husband was away in Malaysia, we heard a loud noise and could see smoke. I went to see, and it was crazy. My house was already burned. Everything was in there, my son’s bicycle, clothes, and all the wood we planned to build a house, all was gone.”

“The [company] cleared the land and said I must move to another place. I had to sell my land or let them take it with no pay. I did this to survive.

“They [company] did not provide transportation for me to move my things [to new location]. They burned my wood and belongings I left behind.” 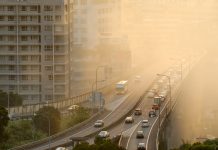 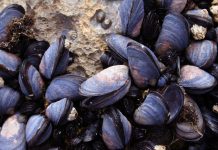 Some marine creatures protect each other from climate warming