The EC hopes that shared public and private data lakes will create successes: Michal Gabrielczyk, Cambridge Consultants, believes the benefits of the strategy could ripple well beyond Europe

Ursula von der Leyen’s proposed data strategy envisions bringing together data from both public and private sectors into shared data lakes. The EC believes this could provide the scale for European enterprises to compete more strongly with the technology titans of the United States and China.

The hope is to build on traditional European strengths in industrial and professional applications to nurture a new wave of data-driven success stories. Targeting valuable B2B products and services is Europe’s best bet at challenging the dominance of those giants.

Winners take the most

Over recent decades, the digital economy has been characterised by a ‘winner-takes most’ paradigm. The first company to spot a market and execute a compelling product has been disproportionately successful. It is this that has propelled the fortunes of the North American and Chinese FAANGs (Facebook, Amazon, Apple, Netflix and Google) and BATs (Baidu, Alibaba and Tencent) – as well as the AWS, Azure and GCP infrastructure that supports them.

Their success has been hard-won. But it has also benefited significantly from a focus on large single-language, consolidated markets. In contrast, European digital innovators face multiple languages, varying infrastructure and heterogenous regulations.

For consumer-facing services, where experience and personalisation to the individual is crucial, this is a strong position to be in. The data held on individual consumer behaviour and preferences is difficult to replicate.

But two shifts are coming to challenge this status quo. The first is a revival of the importance of geography. The next generation of digital services, particularly for industrial applications such as industrial robotics and telemedicine, will increasingly be time-sensitive. They’ll rely on very low latency connectivity and local compute instead of cloud computing in anonymous data centres on the other side of the world.

This is likely to reduce the benefit of economies of scale that the cloud-compute based tech giants have in favour of businesses able to effectively operate close to where the services are delivered. It’s no bad thing for Europe that it is also a leader in the crucial components of the 5G and IoT technologies which provide the infrastructure for this.

The second, perhaps harder to discern trend is the shift in focus towards non-consumer facing digital services. Until recently, professional, enterprise and industrial applications have been difficult to address. They’ve been hard to digitise, and decision-makers have rightly been sceptical of placing their trust in apps and new technologies rather than the processes and teams they have built up over many years.

This is where a core pillar of the EC’s data strategy comes in. Rather than trying to replicate the pool of data on consumers that has been built up by the B2C-facing tech giants, the EC is proposing a strategy which focuses on B2B and G2B (Government to Business) data sharing as a competitive advantage.

This would entail opening up high quality public sector datasets from across the EU, as well as investing in the infrastructure, tools and governance to ensure that the value of these datasets is maximised. Secondly, and more ambitiously, the strategy envisages a single European market for data, with the requisite privacy, security and competition protections, which enables business to buy and sell data.

This could enable, for example, bus and truck vibration data to be used to rapidly identify and repair road defects before they become too large. A bearing manufacturer to gain data on the real world performance of its products across the wide array of end equipment it may end up in. Or or a glass manufacturer to understand how its windowpanes affect the performance of wireless communications.

By targeting a relatively under-exploited area, the EC’s strategy provides an opportunity for European businesses and governments to innovate and grow in the digital domain. Given the breathing room to establish themselves, this will ultimately be to the benefit of businesses in the US, China and elsewhere too. This will mirror the way that Google Search and AliExpress have benefited customers around the world – provided that channels for digital trade remain as open as they are today.

In some respects, the new data strategy is as much about finding Europe’s comparative advantage, as it is about competing with existing digital giants. That is an approach that grows the benefits for all. 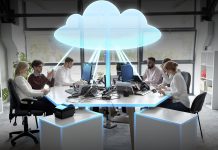 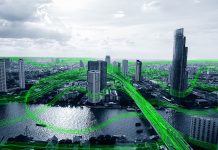 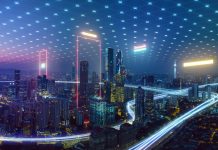 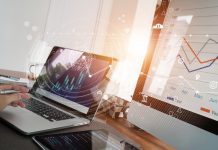 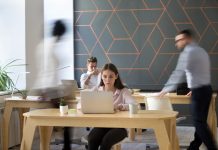 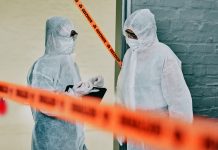