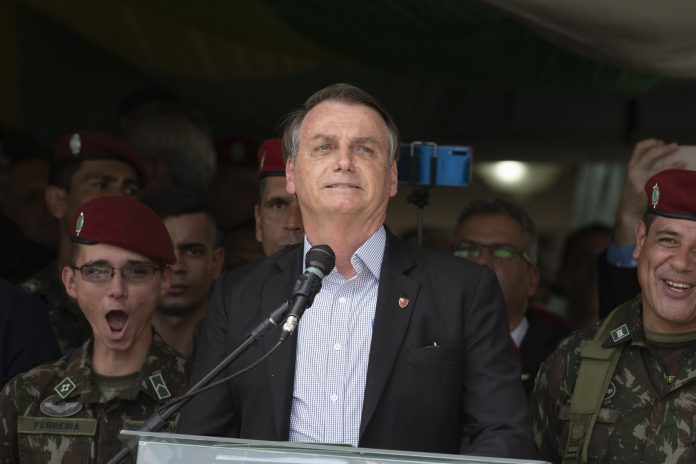 A new mega-dataset finds that during the pandemic, support for populist parties and politicians has minimised since 2020

Agreement with populist sentiment has diminished during the pandemic, according to a mega-dataset assessing data of political positions of over half a million people across 109 countries since 2020.

Populism, as defined by Cambridge, is political ideas and activities that are intended to get the support of ordinary people by giving them what they want. In working reality, populism manifests as a governance which is absent of evidence-based decision making, but instead favouring political support over potentially unfavourable policies.

A research team at the University of Cambridge has stated that there is evidence of a turning tide for the “populist wave”, as the mishandling of coronavirus by populist leaders, as well as the desire for stability and a decline in “polarising” attitudes resulting from the pandemic, has started to shift public opinion.

This study is the first global overview of how the Covid-19 crisis has affected political beliefs.

In the first months of the pandemic, political leaders had boosts in support and ratings

Researchers have noted that threats posed by the pandemic saw a “technocratic” shift in political authority worldwide, with increased trust in government, and trust in experts such as scientists and civil servants. However, support and trust in the democratic process continued to weaken.

Dr Roberto Foa, Co-Director of the Cambridge’s Centre for the Future of Democracy and the report’s lead author, said: “The story of politics in recent years has been the emergence of anti-establishment politicians who thrive on the growing distrust of experts. From Erdogan and Bolsonaro to the ‘strong men’ of Eastern Europe, the planet has experienced a wave of political populism. Covid-19 may have caused that wave to crest.

“Electoral support for populist parties has collapsed around the world in a way we don’t see for more mainstream politicians. There is strong evidence that the pandemic has severely blunted the rise of populism.”

The results displayed that on average, populist leaders saw a 10 percentage point drop between the spring of 2020 and the last quarter of 2021. While ratings for non-populists on average returned to around pre-pandemic levels. Electoral support also dropped for their parties, as seen most visibly in Europe, where the proportion of people intending to vote for a populist party has fallen by an average of 11 percentage in points to an overall 27%.

Early lockdowns across Europe saw voting intention for incumbent parties increase, however, all the continent’s governing populists – like Italy and Hungary – were excluded from the trend with the largest declines in support. Support for Europe’s opposition populist parties also fell over the pandemic, by 5 percentage points on average to 11%.

Researchers suggest numerous factors for why populism is declining in appeal.

The first is simply the poor job made of the pandemic by populist governments – such as Bolsonaro’s mask veto to Trump’s “bleach injection” suggestion. The study showed that the public considered populist leaders to be less trustworthy sources of virus-related information than centrist counterparts.

Approval of government handling of the crisis was 11 percentage points lower on average in countries with populist leaders than in those with more centrist governance in June of 2020, and by the end of 2020, this gap had widened to 16 points.

Researchers also found that political “tribalism”, which is a popular position amongst populists, has declined in most countries. The percentage of party supporters expressing a “strong dislike” of those who vote for opposing politicians fell in most nations (except the US) during the crisis.

Additionally, some of the ideas created by populists are losing support. Levels of agreement with statements such as “corrupt elites” divide our nation or the “will of the people” should be obeyed fell in nearly every nation surveyed.

CFD researcher and report co-author Dr Xavier Romero-Vidal said: “The pandemic fostered a sense of shared purpose that may have reduced the political polarisation we’ve seen over the last decade. This could help explain why populist leaders are struggling to mobilise support.”

Commitment to these ideas has also waned. Among supporters in almost every nation, a smaller number now “strongly agree” than they did in 2019. In developed democracies, this shift is predominantly among those aged over 55.

Areas with the harshest declines in populism are some of the poorer regions – like Eastern Poland, Southern Italy, and Northern Hungary – which have commonly been a focus for populist ideology and support.

Foa added: “This may be down to some rebalancing of wealth as people escaped cities overrun with the virus. In addition, Covid-19 border closures stopped migration and globalised trade more effectively than any populist government.”

Support for democracy has also waned

Instead, citizens increasingly favour technocratic sources of authority, such as having “non-political” experts take decisions, like scientists, and by the start of summer 2020, belief that experts should be allowed to make decisions “according to what they think best for the country” had risen 14 points to 62% in Europe and 8 points to 57% in the US.

Foa continued: “Satisfaction with democracy has recovered only slightly since the post-war nadir of 2019, and is still well below the long-term average. Some of the biggest declines in democratic support during the pandemic were seen in Germany, Spain and Japan – nations with large elderly populations particularly vulnerable to the virus.

“The pandemic has brought good and bad news for liberal democracy. On the upside, we see a decline in populism and a restoration of trust in government. On the downside, some illiberal attitudes have are increasing, and satisfaction with democracy remains very low.”