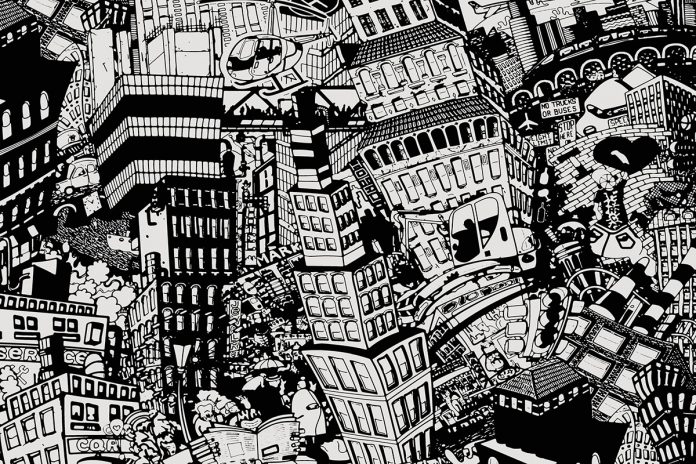 Here, Paul Guzzardo explores the discipline of Recursive Urbanism, and how media shapes relationships between people and places

Recursive Urbanism (RU) is a discipline that examines the intersection of artificially intelligent machines (code) and the city street. It looks to the street as a stage to probe how we are being changed by information technologies, as a platform to assemble collaboratives to shield us from toxic media, and as a last stand against the unravelling of the social contract.

In this digitization of the everything kingdom of persistent motion we’re stuck in, Recursive Urbanism explores endurance strategies.

Of course, we are not dealing with precise meanings here. No axions, exact statements are to be found. Recursive Urbanism is better understood as a compilation of a quarter century of fitful tactics and wavering strategies reacting to an accelerating information environment.

While an “origin inquiry” might start with Thomas Hobbes, what follows is traced to Patrick Geddes, Marshall McLuhan, and Walter Ong. Each proposed tools to better see and act in the face of a digital tide and a civil undoing. Patrick Geddes, a biologist turned urbanist, was the first post-Darwinian grand synthesiser. Like him, in my capacity as a Fellow of the Geddes Institute of Urban Research, I recognised how the street might offer a triage tool. Author of “Cities in Evolution” and founder of sustainable urban planning, Geddes saw cities as “dramas in time.” He believed that cities offer stages for creativity and guardrails against societal collapse.

St. Louis was also a classroom and rectory for McLuhan’s student, the orality – literacy polymath Jesuit Water Ong. For over a half a century Ong wrote about how communication tools change users, us. The recursive project tools that followed acknowledge their Geddes, McLuhan, and Ong heritage. This trio was recognised for not only “due owing” but as anchors. With change coming so fast and a public ever more bewildered anchors were essential.

Recursive Urbanism is about the role of digital media in collective consciousness and how media shapes the relation of people to places. With its embedded histories, traditions and myths, Recursive Urbanism worked the street as a “smithy-stage.” It explored new creative spaces – epistemic niches – as accessories into existing communities. It showed how in an era of quickening and fragmentation, one of the intractable technologies, these insertions might offer a foothold. With performative roots in the non-physical public space, RU is part of a strategy for an awareness based on recursion (virtual, real cycle jumps — with a displacement brought by or through wit and tricksters).

Recursive Urbanism uses the street as an evolving search engine, a tableau you drift through, synthesising as you move. I used it to seed myth. We need myths for tricksters to prick at information plutocracies and poke at “the everywhere – always digitisation docket.” RU proposes a street mirror to see “ourselves sloshing about and around” in the big data cloud.

This GLASS uses recursion and performativity to cultivate storytellers and audiences. We need both, tellers of tales and spectators, to push back against predictive machines whose goal is to create a perfect model of who you are, what you want, and what you are going to do.

Remix digerati must be on the street. We don’t want a generation of creatives secreted in clandestine places, shackled to screens and social media sites, or shunted to mutating gaming consoles, where buttons and directional joysticks rein the drift. They need to be on the ground navigating through the digital fog. That’s the place to double, layer and go off in several directions. But they need tools to cut a path, way stations, places to map to plot a course, and platforms to peer.

Father Walter Ong in his review of Marshall McLuhan’s “The Gutenberg Galaxy,” stated that “if the human community is to retain meaningful possession of the knowledge it is accumulating, breakthroughs to syntheses of new order are absolutely essential.”

This call to action by Ong was the metric for the Recursive Urbanism projects. This was/is a hybrid design and litigation praxis; a fusion built in the street and in the courtroom. As a synoptic design tool and as a litigation hammer, this coupling has been detailed in a line of academic publications and news articles.

The push to use the street to probe “breakthroughs to syntheses of new order” requires a poetic voice, better said “a code of beauty.” When the RU project began, I was the agent of Ustad Imrat Khan, and co-author of Khan’s unpublished autobiography, Taaseer: The World of Indian Classical Music.

Sitar and surbahar maestro Khan was a member of the Etawah Gharana, and link to Patrick Geddes’ friend and collaborator Rabindranath Tagore. Like Tagore, Khan’s music and stories were filled with colour, recursion, and rings. And like those Sanskrit Vedas that Khan gave fealty, Imrat Khan’s code was dense and bound. It took a while to unpack. But in time it informed the nightclub, the street lab, theatrical stage, and the publications that followed. Provenance is clear. Khan’s code of beauty helped shape a recursive street. 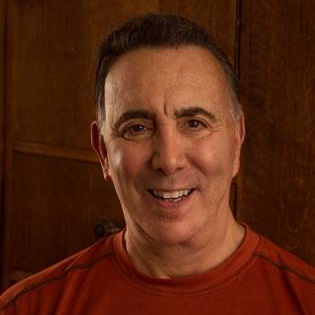