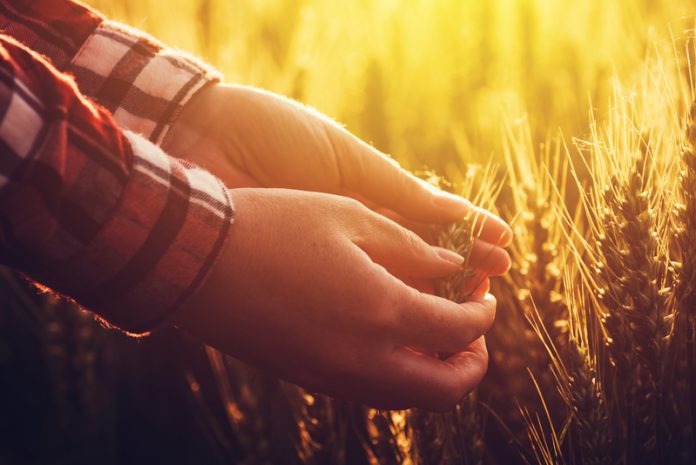 Louis E. N Jackai and Beatrice N. Dingha from the Department of Natural Resources and Environmental Design at North Carolina A&T State University discuss their transformative research on Cowpea for increased and sustained production and use in the USA, with this first article focussing on innovative trap crop development and deployment

Cowpea, Vigna unguiculata Walp., is an important source of protein and vitamins. It is widely grown in the Southern USA and in most tropical and subtropical countries worldwide. Cowpea was historically used as a forage crop for horses and cattle (speculated source of the name cowpea), and is utilised primarily as a fresh market and frozen or canned vegetable in Southern USA but is consumed mostly as a dry pea (for example “blackeye pea”) on a global basis.

In the Southwestern USA, especially in California and Texas, about 45,000 t of dry cowpea (“blackeye” and other types) is produced annually, on about 20,000 ha. Roughly a third of the production is exported to Europe, Middle East and elsewhere; North Carolina grows only about 2,000 acres, much below its actual potential.

Cowpea has other uses, including as cover crop (especially in organic systems) for soil health enhancement and as an animal feed supplement. Cowpea consumption by humans and livestock is known to have significant health attributes, some yet to be fully understood or exploited; for example, the potential for cowpea extract to reduce proliferation of triple negative breast cancer, a very aggressive form of cancer, as well as increasing immune system defense in ruminants against gastrointestinal parasites among other effects (Adjei-Fremah, 2017).

Cowpea is also attractive to pollinators, such as honey bees and other pollinating arthropods foraging for nectar as they carry out important ecological services that are critical for a productive and sustainable agroecosystem. Many varieties of cowpea have high-yield potential (>3,500 kg/ha), superior seed quality and various levels of resistance to insect pests and diseases.

Both small and commercial production can be profitable; fresh market production is primarily by small growers, while dry seed production is mainly a large commercial enterprise. However, the various benefits and uses of cowpea cannot be realised without adequate control of field and storage pests that can destroy an entire crop.

Pests on cowpea are indeed a bane worldwide. Realising the potential of cowpea as a crop, soil health enhancer, livestock feed or any other use will be difficult to achieve without our ability to minimise the damage and prevalence of insect pests and diseases. Entomologists, Drs Louis Jackai and Beatrice Dingha and their colleagues at North Carolina A&T State University in the USA have been working on the pest problems of small organic and conventional growers who produce 95% of the cowpeas in North Carolina.

The university is the only institution in the state that has a cowpea research programme focused exclusively on pest management. There is a good reason for this focus. Results from recent studies (funded by USDA-NIFA and USDA-ARS) to determine the factors that limit the expansion and use of cowpea indicate that insect pests, especially pentatomid pests, such as the brown marmorated stink bug (BMSB) and a weevil, the cowpea curculio (Cpc), may be among the most limiting challenges.

Cowpea as a trap crop for an emerging invasive pest

A broad range of laboratory and field experiments (Fig. 1) have since shown that a few cowpea varieties are particularly attractive to BMSBs and as such, can be used as decoys to attract and divert the pest away from a desired main cowpea crop, thus serving as a sink. This is the textbook definition of the trap crop concept (Hokkanen, 1991; Shelton and Badenes-Perez 2006; Parker et al., 2013), in this case an intra-specific trap crop that uses the same crop species both as trap and main crop.

This finding has many small vegetable growers excited about the long-term possibilities of minimising the use of high-risk pesticides leading to increased food safety and farm profits. In a spin-off from the initial grant, we started to examine the potential of using cowpea as a trap crop in other cropping systems to divert populations of BMSB from high-value crops (such as soybean, corn, sunflower and possibly peppers, tomato and fruit trees – the latter have not yet been tested) to a cowpea trap crop on which the pest can then be killed, with an appropriate insecticide or other method that would result in less environmental and human health risks, while obtaining reasonable crop yield.

Crop protection using tactics such as trap cropping can take a long time to figure out where (field location; conventional wisdom of periphery trap placement may not always be optimal), when (time of trap crop introduction) and how much/and for how long (trap density/retention).

In some situations, multiple trap crops have produced better yields (Parker et al., 2016); using both perimeter and strip trap crops, our work and that of others, has produced great success in using a single trap crop variety. Traps work because of the olfactory responses that are triggered by semiochemicals (plant odours) that guide the insects to the trap crop.

The same compounds (single or mixtures) may also be present in the main crop, as in crucifer trap cropping, but their concentrations and gene expression may make all the difference. Ongoing work in our laboratories will try to understand these dynamics to make trap cropping more efficient and predictable. This approach is the nexus to sustainable pest management in organic systems and overall ecosystem sustainability; indeed, continued research funding from USDA and other sources as well as innovative ideas hold the key to future success of this and similar pest management tactics.

Department of Natural Resources and

Department of Natural Resources and