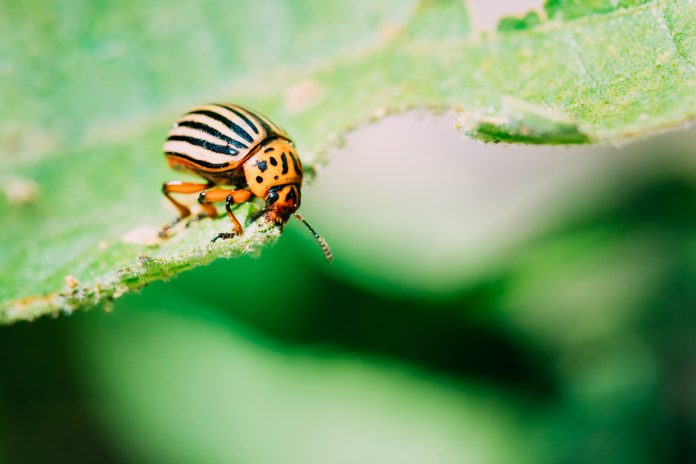 Integrated pest management (IPM) is based on the perspective that 1) insects are not always “pests”, 2) management strategies should be consistent with ecological processes to avoid detrimental effects on non-target species and ecosystem services. Examples of this include the production of harvestable resources, recreational activities, and supporting services such as primary production and decomposition, 3) control efforts are only warranted when insect abundance exceeds an action threshold that is based on resource management goals, and 4) multiple tactics should be employed to minimise insect adaptation to any single tactic.

Insects play critical ecological roles in their native ecosystems. Most terrestrial and freshwater ecosystems would collapse in the absence of insect pollination of 35% of our food supply, virtually all decomposition of dead organic matter, and regulation of ecosystem processes that are fundamental to the delivery of ecosystem services that are critical to human survival.

Obviously, some species can interfere with essential ecosystem services or threaten human health or structures. However, it is important to distinguish a species’ role as a “pest” when it interferes with human interests from its role(s) in natural ecosystems. For example, termites often pose serious threats to cellulose-based building materials, but eliminating termites beyond human-dominated habitats would threaten the integrity of decomposition processes that sustain ecosystem productivity.

Humans have transported many species across natural barriers. Some of these species have become serious invasive pests in new habitats, their intrusion threatening native species and altering ecosystem structure and function in ways that threaten ecosystem services.

The recent increase in the incidence of arthropod-vectored human diseases reflects anthropogenic changes in landscape structure, that favours vector species. In fact, deforestation is a primary factor contributing to the increased abundance of mosquito species that vector human diseases.

Efforts to control pests are expensive and not always effective. Control often resembles the nursery rhyme about the woman who swallowed fly, then a spider to eat the fly, a mouse to eat the spider, etc. That story does not end well. We do not know enough about food web interactions or ecosystem processes to engineer solutions that do not adversely affect ecosystem services. A better approach is to work with nature to avoid pest induction or use natural regulatory mechanisms.

Advances in understanding the complex effects of insects on other organisms and ecosystem services have influenced evaluation of the need for pest management. Management goals for native forests and grasslands have become more complex as societal needs have shifted from a focus on protection of harvestable resources to protection of biodiversity and carbon sequestration and mitigation of climate change.

In many cases, the net effects of native insect species on ecosystem services are neutral or positive, or the cost of control is not warranted by marginal benefits. The IPM framework provides a strategy for deciding when insects pose a sufficient threat to ecosystem services to warrant suppression. Two examples demonstrate the value of the IPM approach.

The cotton boll weevil entered the USA from Mexico in 1892 and quickly threatened cotton production in the southern USA. Destruction of cotton residue following harvest was one of the few early practices that reduced weevil damage and became a recommended control tactic.

However, calcium arsenate dust was introduced for weevil control in 1918 and became the primary control method until the 1950s, when DDT became the preferred control option. Weevil populations were resistant to DDT by the late 1950s, and persistence in the environment and serious non-target effects were soon recognised.

DDT was replaced by organophospates, then by pyrethroids and carbamates. Growers became dependent on inexpensive insecticides and relied less on non-chemical options. Increasing concern about environmental costs and insecticide resistance finally led to consideration of non-chemical options during the 1970s. Newly identified weevil pheromones were used to trap weevils and indicate where weevils were most abundant.

Mandated crop residue destruction deprived weevils of late-season resources and overwintering sites. Isolated weevil refuges, resulting from crop diversification, were targeted for application of malathion, the most effective insecticide. As a result of this integrated approach, insecticide use declined from 10-14 applications per season to 1-4. The boll weevil was largely eliminated as a cotton pest by 2010.

A Douglas-fir tussock moth outbreak in the Pacific Northwest brought demands for application of DDT to protect forest resources. The EPA had cancelled use of DDT the previous year in response to increased awareness of its detrimental effects on non-target species. However, DDT also had become largely ineffective against most target species because of adapted resistance. The EPA finally issued an emergency authorisation to apply DDT, based on the apparent lack of practical alternatives for control of tussock moth.

However, as part of this authorisation, the EPA mandated that research on alternative methods of control be intensified and that replicated experimental plots be established to demonstrate the efficacy of, and need for, DDT. Following application in 1974, tussock moth populations declined in all experimental plots, regardless of DDT treatment, leading to recognition that epizootics of viral disease naturally end tussock moth outbreaks in 3-4 years, a natural biological control previously undermined by chemical applications. Aerial application of virus, rather than chemical insecticides, became the preferred means of control for outbreaks of this insect.

These examples illustrate three major points. Firstly, the spread of both insects was facilitated by widespread planting of their hosts. Secondly, crop diversification in the South reduced and isolated the remnant populations and facilitated final elimination. Thirdly, the successful management of both insects was finally achieved through an IPM approach that targeted critical aspects of their life histories, with insecticides no longer primary control options.