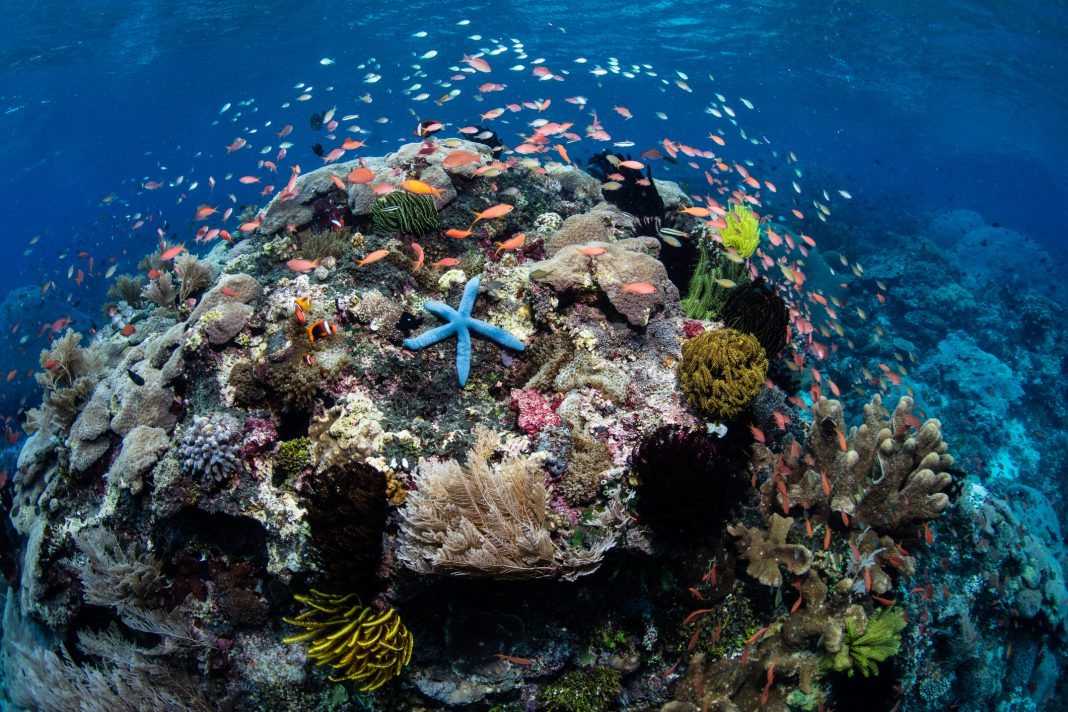 Researchers have found that coral reefs are more resilient ecosystems than previously thought, remaining rich sources of macronutrients for the fishing industry even after coral bleaching

Coral reefs, home to a quarter of all marine species, are in serious decline with the threat of climate change and human activities. Coral reef ecosystems provide food and protection to both humans and marine animals, while being crucial to small-scale fisheries.

What is coral bleaching?

Rising temperatures in the water can cause coral bleaching.

When water is too warm, corals will expel the algae – or zooxanthellae – from their tissues causing the coral to turn completely white. Though the coral is not dead when it is bleached, they are under significantly more stress and are at a higher risk of death.

The fish coral reefs catch are rich in micronutrients vital to the health of millions of people in the tropics, and researchers studying coral reefs damaged by rising sea temperatures have discovered an unexpected glimmer of hope for societies depending upon reefs for their food security.

A new study from Lancaster University shows that despite bleaching events which kill off coral, they can transform the composition of reef ecosystems – implying that reef fisheries can still remain rich sources of micronutrients.

Some reefs can even increase in nutritional value after bleaching

Published in the journal One Earth, the research highlights that the availability of micronutrients from coral reef small-scale fisheries may be more resilient to climate change than formerly assumed. Continual global warming entails a higher frequency and severity of coral bleaching events, placing greater stress on these vulnerable ecosystems.

Over six million people work in small-scale fisheries that rely on tropical coral reefs. In regions with high prevalence of malnourishment, fisheries help to feed hundreds of millions of coastal people. In these regions, lack of food commonly causes stunting, wasting and anaemia. However, it was unknown until now the nutritional composition of coral reef fish catches, and how climate change might affect the nutrients available from reef fisheries.

However, the researchers caution that while these fisheries have proved more resilient to climate change disruption than expected, it is vital to understand the continual long-term impacts of climate change to coral reef fisheries, and more data from other regions.

Dr James Robinson, who led the study, said: “Our findings underline the continuing importance of these fisheries for vulnerable coastal communities, and the need to protect against over-fishing to ensure long-term sustainability of reef fisheries.”

This study was led by scientists from Lancaster University and involved an international team of researchers from the Seychelles, Australia, Canada and Mozambique. It ran for over 20 years of long-term monitoring data from the Seychelles, where tropical reefs had been damaged by a large coral bleaching event in 1998, killing an estimated 90% of the corals.

Following this mass-bleaching event, around 60% of the coral reefs recovered to a coral-dominated system, but around 40% were transformed to reefs dominated by seaweeds. This provided a natural experiment for the scientists to compare the micronutrients available from fisheries on reefs with different climate-driven ecosystem compositions.

The scientists used a combination of experimental fishing, nutrient analysis, and visual surveys of fish communities across the Seychelles. They estimated that reef fish are important sources of selenium and zinc, and contain levels of calcium, iron, and omega-3 fatty acids comparable to other animal-based foods, such as chicken and pork.

Additionally, iron and zinc are more concentrated in fish caught on reefs that have been transformed after coral bleaching and are now dominated by macroalgae such as Sargassum seaweeds. These seaweeds have high levels of minerals, which researchers believe to be a primary reason why the algal-feeding herbivorous fishes found in greater numbers on transformed reefs contain higher levels of iron and zinc.

The results of the experiment underline the necessity for effective local management to protect the sustainability of reef fisheries, and policies which retain more of reef fish catches for local people and promote traditional fish-based diets. These can help reef fisheries to best contribute to healthy, and sustainable diets in the tropics.

Professor Christina Hicks, a co-author on the study, added: “Fish are now recognised as critical to alleviating malnutrition, particularly in the tropics where diets can lack up to 50% of the micronutrients needed for healthy growth.

“This work is promising because it suggests reef fisheries will continue to play a crucial role, even in the face of climate change, and highlights the vital importance of investing in sustainable fisheries management.”