The process of microfragmentation was discovered by Dr David Vaughan accidentally, but it could be the answer to protecting and restoring coral reefs globally

Coral reefs are one of the most biodiverse ecosystems in the world and support over 25% of all marine life. Their estimated value is $5 billion in the state of Florida alone.

Why is it so important?

Not only is much of marine life dependent on these ecosystems, but coral reefs also protect coastlines from tropical storms, help nutrient recycling and provide billions of dollars and millions of jobs in over 100 countries around the world.

However, many coral reefs have been in decline due to warming waters, fertiliser spills and human extraction. Scientists on the Intergovernmental Panel on Climate Change (IPCC) have warned that if warming reaches 2C, it is very likely that in the next 50 years there would be more than a 99% chance that tropical corals would be eradicated. As of 2018, 50% of the coral on the Great Barrier Reef has been lost. 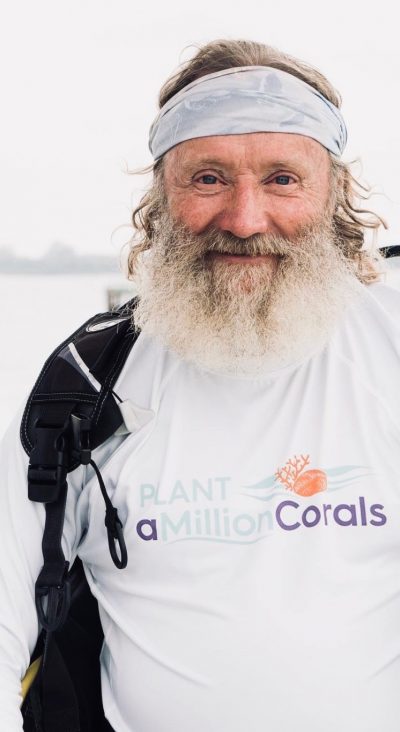 The discovery of microfragmentation came when Dr David Vaughan found a small coral specimen that had broken off from a larger one in the lab. He founded his own organisation, the Plant a Million Corals Foundation, to further focus on this conservation technique.

“Little did I know that one Elkhorn Coral attached itself to the bottom of the aquarium. So when I went to move it, it stuck, and I heard a breaking sound.

“It had broken into many tiny pieces. They grew back to the same size in just a few weeks that had taken three years to grow. We tried that with all the other species of corals in the Florida Keys and it worked for them all.”

Usually, coral reestablishment can take decades. It usually took David Vaughan and him team six years to produce 600 corals. However, after the discovery of microfragmentation they could produce 600 corals in one afternoon.

The pioneering breakthrough is allowing coral to grow up to 40 times faster than previously before in the wild. Coral usually takes 25-75 years to achieve sexual maturity. The microfragmenting process speeds up the maturation process, allowing it to happen in just three years.

Studies have shown that microfragment arrays produced 10 times more tissue than traditionally used larger fragments. However microfragmented corals are more susceptible to predation. Therefore if predation events in the wild are reduced or controlled, massive corals can be successfully grown and outplanted for restoration purposes.

The corals grow faster than before as the fragmenting process stimulates rapid healing and growth to replace the polyps it has lost. This growth rate is 25 times faster than the growth rate from larvae meaning corals can be grown in weeks and months, rather than years.

Therefore instead of harvesting coral larvae and waiting for them to grow naturally, researchers take a larger living coral and break it up into tiny fragments to allow them to grow back into equally sized pieces at a much faster rate. The coral cultures are developed enough after a couple of months to then be planted on existing reefs that have suffered losses from bleaching and disease.

Planning for a warmer future

As climate change is becoming an increasing threat to ecosystems all over the globe, seawater temperatures and acidity will only continue to rise. Increases in sea temperature and acidity is a leading cause of coral bleaching events.

Researchers are mimicking these conditions to understand which coral species can withstand the stresses and how the conditions will affect growth rates. Hopefully, this will prepare scientists and reefs for the almost certain oncoming issues created by climate change, rather than taking a reactive approach, which is what has often happened in coral science.