Professor Christopher Wildeman, policy analysis and management at Cornell University, led the analysis of the Danish prison system to find that 4.5% of former inmates with solitary confinement experience died within five years of being released.

Crucially, this is 60% more inmates dying in the first five years than those without solitary time.

Wildeman said: “That’s a significant increase in the risk of mortality. We think it’s a pretty substantial effect.”

How did the researchers track the prison population in Denmark?

This study focuses on the fact that 10 million people are incarcerated worldwide right now, with many of them experiencing solitary confinement. They argue that as a whole, we need to understand health and mortality after release – this is a vulnerable population, who present a high health risk post-sentence. Solitary confinement statistics estimate that 450,000 people in the USA were in confinement during 2012, with a similar estimation for the immense prison populations of Europe (over 1.5 million) and Russia (0.5 million).

With this many people involved, the stakes for understanding mortality are high.

This study tracked everyone (roughly 14,000 individuals) who began and ended sentences in Danish prisons or jails over a five-year period between 2006 and 2011.

Of the nearly 1,700 inmates who experienced solitary confinement, the average total stay was nearly nine days, but half spent fewer than five days and two-thirds less than a week.

What did they find out?

The connections and patterns of individual demographics in solitary confinement statistics were observed by the team.

Inmates who were younger at admission, had more time to their sentences, were convicted for violent crimes at a higher proportion, identified more with ethnic minority backgrounds, experienced less education, and serving their sentence in a high-security facility.

There was no difference in the naturally occurring deaths in both the groups who experienced solitary confinement and the groups who didn’t. So, the death discrepancy came down to the unnatural causes – accidents, suicides and violence.

Researchers noted a strong, undeniable connection between unnatural deaths and solitary confinement – adding that mental health plays a key role among those who are kept out of the main prison population for a long time.

The finding that just a day or two in solitary confinement appears linked to a higher risk of death after release is somewhat surprising, Wildeman said. More research is needed to understand exactly what amount of exposure elevates mortality, he said.

What alternatives are there to solitary confinement?

Understanding the effect of such short exposures is important, Wildeman said, because they are often avoidable.

“For somebody who is in disciplinary segregation for 72 hours because of a specific infraction, there’s almost always an alternative that a warden or guard could use that wouldn’t involve putting someone in solitary,” he said.

Alternatives might include a fine, loss of privileges or short increase in sentence length.
The researchers had access to a wealth of data about the former inmates from Danish government registers – not only age, gender, race, ethnicity and education levels, but also information about their family backgrounds, employment and housing histories and prior contacts with the criminal justice system.

That allowed the study to account for many factors that might have made someone more likely to end up in solitary confinement or to die after being released, while acknowledging some gaps in data concerning potential mental health or addiction issues.

The use of solitary confinement, the authors assert, should be viewed not only as an ethical issue but as a public health concern. Former inmates who have logged time in solitary confinement represent “a vulnerable population in need of interventions,” they concluded, highlighting the need for careful evaluation of the costs and benefits of even short placements in solitary.

The study was published in The Lancet Public Health. 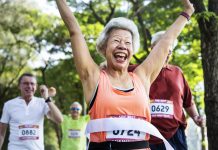 UK health epidemic: The benefits of exercise for your mental health 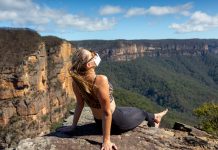 Has COVID-19 changed our approach to health and wellbeing? 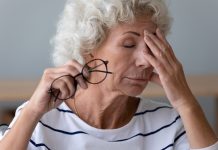 Understanding the connection between vision loss and mental health 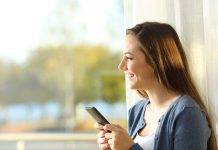 How can technology help your mental health? 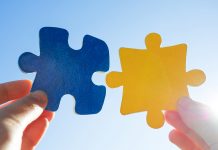 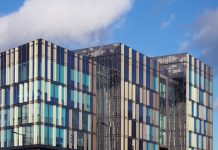