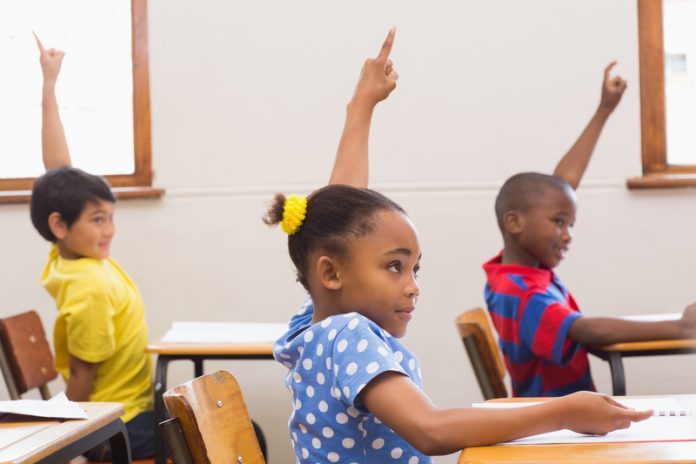 Mabel L Rice, University of Kansas details how the language of children with specific language impairment differs from typical children

A recent paper in this publication introduced the condition of Specific Language Impairment (SLI) as a largely unrecognised yet high impact common disorder of childhood (7-10% of children) that persists into adulthood and warrants further consideration by public health experts. SLI is a language disorder that delays the mastery of language skills in children who have no hearing loss or other developmental delays. Recent studies reveal the ways in which language development in children with SLI is not the same as unaffected children, yet also shows many of the same strengths.

These 3 findings are crucial to understanding the differences and similarities across the age span of 1 to 20 years of age. To sort this out, we need to consider the developmental arc of children’s acquisition of language, from first words as toddlers, through childhood, and into adulthood. We also need to consider different dimensions of language; single words appear first, followed by simple sentences that adhere to grammatical rules. Some features of the adult grammar are relatively late-appearing in English-speaking children and those features are especially late for children with SLI.

Finding 1: Children with SLI are likely to be late language learners

Most children start producing words between 1 and 2 years of age, and then follow an accelerated rate of language acquisition. As shown in Figure 1, children with SLI can be delayed by 1 or even 2 years in this early start-up period. Studies of preschool children report that the language of 5-year-old children with SLI resembles that of 3-year-old typically developing children, a notable delay at a time of rapid change. Yet when their language system begins to grow, it does so at a rate and pattern of change much like that of younger children. Children with SLI seem prepared to learn language in much the same way as other children, only with a delayed start. Because the rate and pattern of change in children with SLI parallels that of unaffected children, they are not likely to ‘catch up’ to their age peers. Yet when children with SLI reach preadolescence they, like typically developing children, slow their rate of language acquisition and then level off into adulthood, the stable end-state for much of language development1.

Not all children with SLI have vocabulary deficits beyond the preschool years, but if so, the pattern holds over many years. Vocabulary growth is shown in Figure 22. This figure charts children’s understanding of words, from 4 to 20 years of age, in a study that tested the same children annually. The SLI group is at the bottom 15% for their age and, in this study, the typical group is in the top 15%. At 4 years the SLI children, on average, know fewer words than children at higher levels for their age. This is not surprising; what is of interest is that the children at the low end learn new words at the same rate over time as the comparison group, but they don’t close the gap. Instead, for both groups the rate of new word learning markedly slows with age, beginning at 10-12 years of age and maintaining a slower rate into adulthood. Although before 4 years of age girls tend to have larger vocabularies than boys, this study found girls to have a slower rate of word acquisition than boys in adolescence, which left a marked disadvantage for girls with lower levels of vocabulary in the crucial time of education for preparation into the work place or higher education.

Finding 3: Tense and agreement marking on verbs is a grammar requirement likely to be difficult for children with SLI 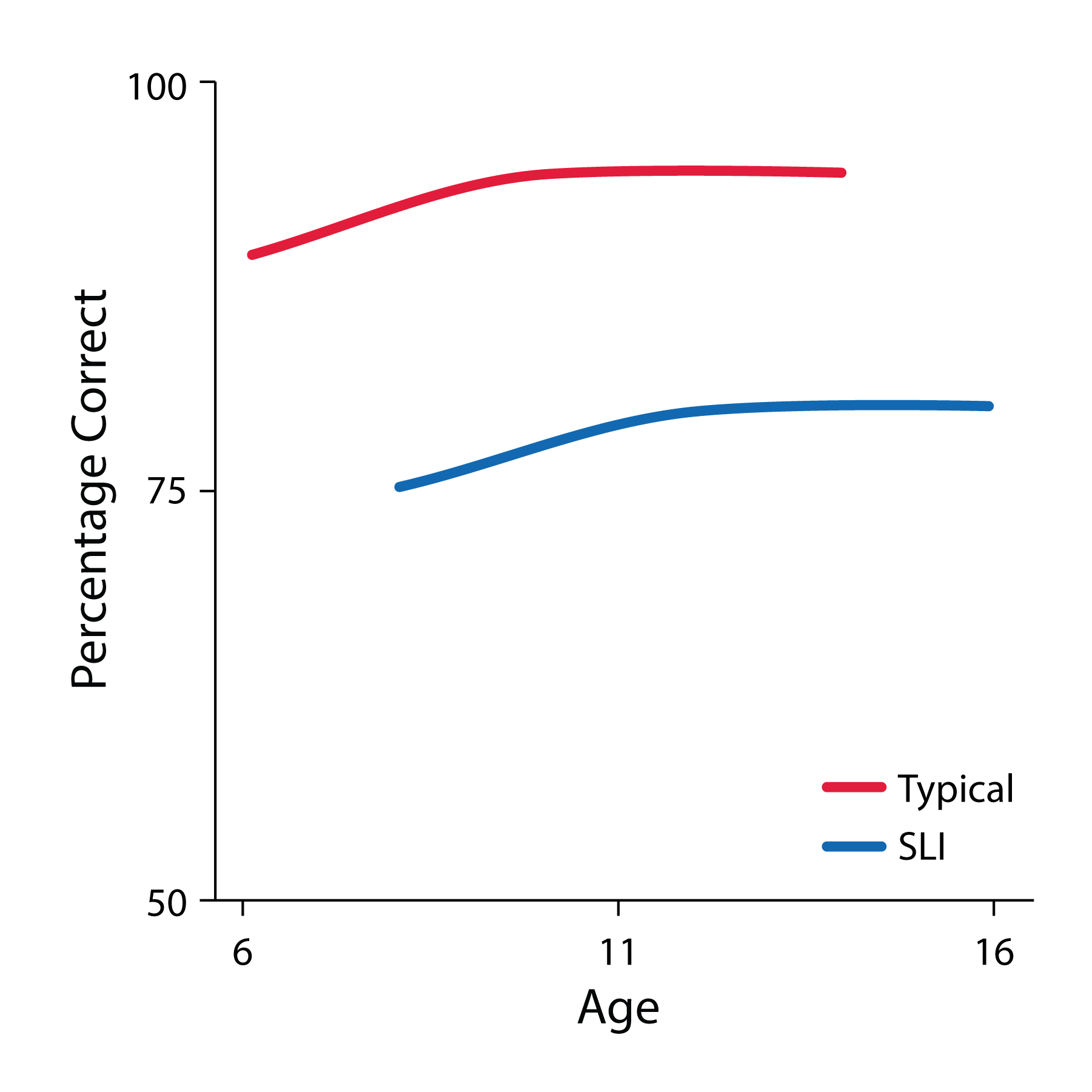 This is evident in the use of forms of auxiliary or copula BE, as in “He is happy” and “Are the girls here?” as well as Auxiliary DO, as in “Does he want a cookie?” past tense, as in “Patsy walked home” and third person singular, as in “He wants a cookie.” The persistent problem is that children with SLI, on average, omit these parts of the sentence as if the requirement were optional instead of obligatory. Figure 3 shows how persistent this tendency is in children with SLI3. As expected, between the ages of 6 and 16 years typically developing children recognise in judgement tasks that omission of these parts of the grammar render a sentence ungrammatical. Even at 6 years this is an easy task. Yet children with SLI, on average, persist in considering omissions as optional and OK for grammar. It is as if they are stuck with an immature form of the grammar into adolescence.

Interpretation: SLI is a persistent language disorder that is evident early in development and has many similarities to younger language profiles with steady gains in language, levelling off in adolescence. This makes it likely that a child with SLI will become an adult with weak language skills, particularly in some, but not all, parts of the grammar. Much of the weakness in language can be hidden under compensatory social skills, and thereby goes undetected as a likely contributor to poor reading skills or avoidance of social interactions in adolescents and adults. Current studies investigate genetic influences on the causal pathways, as inherited language abilities can drive the strong language growth trajectories, yet selective inherited differences operative at key times could account for persistent and unresolved delays1.

2 Rice ML, Hoffman L. Predicting vocabulary growth in children with and without Specific Language Impairment (SLI): A longitudinal study from 2 1/2 to 21 years of age Journal of Speech, Language & Hearing Research. 2015;58:345-359.

3 Rice ML, Hoffman L, Wexler K. Judgments of omitted BE and DO in questions as extended finiteness clinical markers of specific language impairment (SLI) to 15 years: A study of growth and asymptote. Journal of Speech, Language, and Hearing Research. 2009;52:1417-1433. 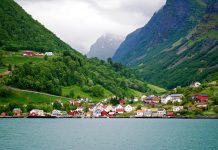