Worldwide, the management of integumentary wounds (cutaneous membranes & mucous membranes) represents one of the domains of healthcare-associated with the most dismal outcome metrics in terms of wound healing and relief of suffering. They are associated with reduced quality of life, limb amputation, increased mortality and lost human productivity.

The World Health Organization (WHO) has highlighted integumentary wounds as a serious healthcare concern globally. Chronic wounds, defined as those that fail to heal within 3 months of their onset, afflict up to 6% of the global population. Acute wounds such as lacerations, abrasions, burns (thermal & chemical), post-surgical sites, military injuries, etc., although difficult to quantify, are likely even more prevalent. Furthermore, the globally sad state of wound management is a major and direct catalyst fueling 2 major global emergencies, namely the opioid crisis and the proliferation of antibiotic-resistant “superbugs”. Both opioids and antibiotics are used excessively, inappropriately, and unnecessarily in the context of integumentary and wound scenarios.

Almost 100 billion dollars are spent annually in the USA on wound-related treatments, and their costs continue to lead overall healthcare expenditures growing by more than 7.5% per annum. Unfortunately, the bulk of these mammoth expenditures, mostly related to dressing materials, are largely in vain as they do not address underlying pathophysiologic issues. The current paradigm that guides global integumentary & wound management (“Wound Bed Preparation”) is antiquated and has not yielded any Level 1 evidence-based medicine recommendations since its inception more than 2 decades ago. Therefore, the time has come to challenge the unsustainable status quo and to explore novel paradigms that target the foundational pathophysiology of not just the wound bed but also the surrounding peri-wound integument.

The Endocannabinoid System (ECS) is one of only 2 chemical signalling systems in the human body that has survived over 500 million years of human evolution. Elements of the ECS are present in all mammalian organ systems. Furthermore, it is the only human signalling system that has both extracellular and intracellular binding capacity. Given that the integumentary system (cutaneous and mucous membranes) is the largest and heaviest organ in the human body, it is logical to conclude that the ECS is pivotal in regulating Integumentary diseases and wounds.

The cannabis plant contains multiple molecular classes comprising hundreds of molecular types that can interact with the ECS. The most clinically relevant classes are cannabinoids, terpenes, and flavonoids. There is abundant preclinical data that demonstrates potential wound healing properties of each these classes. Dubbed the “entourage effect”, It has been theorised that combinations of cannabinoids, terpenes and flavonoids hold the promise for synergistic and potentiated effects through their integrated action upon the ECS, as well as upon other chemical signalling systems.

Cannabis is destined to follow the evolutionary trend of many botanically sourced substances that began as medicinal plant extracts and eventually were transformed into registered pharmaceutical products. The list includes salicylic acid (from the bark of willow tree), morphine (from the poppy plant), and taxol (from the bark of the yew tree), to name a few. Thus, Cannabis-Based Medicines constituted from strategically compounded combinations of the various molecular classes from the cannabis plant are poised to be launched for a number of healthcare indications.

Dr Vincent Maida was the first to report on Topical Cannabis-Based Medicines (TCBM) as a novel paradigm in human integumentary and wound management. His research was conducted in Toronto, Canada, where medical cannabis was federally legalised in 2001. There is a global trend towards its legalisation, and as of early 2020, medical cannabis has been legalised in 40 countries and 33 American states. His lecture at the World Union of Wound Healing Societies in September 2016 in Florence, Italy represented the inaugural launch of this novel paradigm. In 2017, Dr Vincent Maida was also the first to publish his discoveries and inventions showing the potential for TCBM, to treat human integumentary and wound conditions.

He founded VinSan Therapeutics Inc. as an incubator for the development of Intellectual Property for a family of topically applied Cannabis-Based Medicines that have the potential to revolutionise integumentary and wound management. Dr Maida’s novel paradigm involves the topical application of his proprietary formulations concurrently to both the wound beds and the peri-wound tissues. The patent-protected formulae, methodologies, and associated technologies have demonstrated significant efficacy in relieving wound-related pain, promoting wound healing, and modulating integumentary diseases. Chronic non-healing wounds are known to be stalled in a state of extreme inflammation that arrests the normal wound healing cascade.

These include, but are not limited to, signalling through classical cannabinoid receptors (CB1 and CB2), novel cannabinoid receptors (GPR), ionotropic receptors (TRPV, TRPA, TRPM), nuclear receptors (PPARg, PPARa, PPARd, NF-kB), and non-cannabinoid targets (5-HT, GlyR, A2A, a2R). Through their capacity to interact with intracellular receptors such as the PPAR family of nuclear receptors, cannabinoids may also potentially promote wound healing through epigenetic mechanisms. In addition to cannabinoids, TCBM contains the Terpenes and the Flavonoids. Certain terpenes are strong CB2 agonists and thus are associated with analgesic and anti-inflammatory properties. Preclinical research also demonstrates the ability of terpenes to enhanced re-epithelialisation through epigenetic mechanisms.

Flavonoids have long been the key components of numerous nutraceuticals and polyherbal integumentary and wound treatments. Flavonoids, as a class, possess anti-inflammatory and antioxidant properties. In a preclinical model, certain flavonoids accelerated cutaneous wound healing by increasing levels of Vascular endothelial growth factor (VEGF) and Transforming growth factor (TGF-b1). Certain flavonoids have also been demonstrated to be phlebotonic and venoactive through their inhibition of the expression of vascular cell adhesion molecule (VCAM), endothelial intercellular adhesion molecule 1 (ICAM-1), and other leucocyte adhesion molecules.

An open-label trial has been completed in over 30 medically complex patients with complex intractable wounds of greater than 6 months duration. The wounds studied included some of the most challenging and treatment-resistant wounds affecting humans such as vasculitic wounds caused by pyoderma granulosum, and autoimmune diseases (RA, SLE, scleroderma), and vasculopathic wounds caused by sickle cell disease, uremic calciphylaxis, and non-uremic calciphylaxis (Figures 1-3). Complete wound closure occurred in over 90% of cases. The various cohorts studied also demonstrated the most rapid times to complete wound closure in the currently available published literature.

Secondary outcomes included clinically significant pain relief, opioid-sparing, reduced utilisation of systemic antibiotics, and reduced scarring. The overwhelmingly positive results, among the most intractable and painful wounds in complex patients, suggests, through interpolation, that topically applied cannabis-based medicines may be poised for an even greater role within the full spectrum of acute and chronic integumentary and wound conditions.

Dr Maida is seeking corporate partners to take his IP towards controlled clinical trials and eventual product development, marketing, and eventual dissemination of a family of products for global markets, both consumer-grade and prescription-grade. 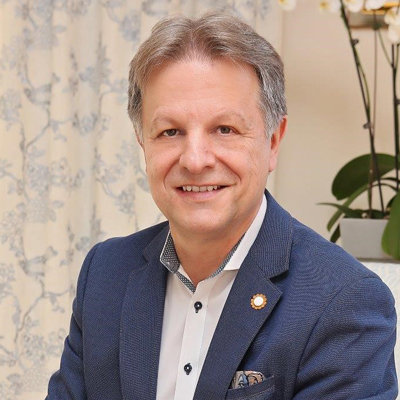