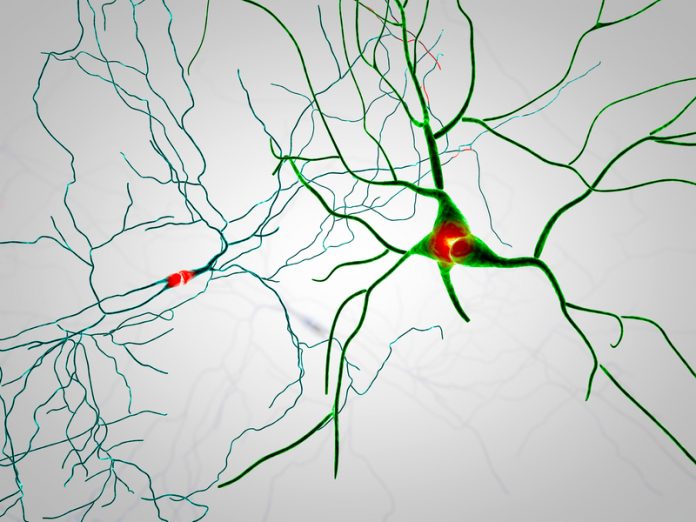 Prof. David Dexter, deputy director of research at Parkinson’s UK shares his thoughts on the symptoms of Parkinson’s and the chances of finding a cure

Parkinson’s is a progressive neurological condition caused by the loss of brain cells. The main symptoms of Parkinson’s are stiffness, slowness of movement, shaking of the limbs, which, combined with muscle atrophy markedly impact on the ability to move.

However, the disorder can also affect memory, mood and behaviour. While Parkinson’s is generally associated with old age, affecting 2-3% of the population over 65 years, 3-5% of those diagnosed are under 40. In total, this costs the UK economy £3.3 billion per year in treatment and other associated costs.

There are treatments for Parkinson’s, but they simply replace a chemical messenger called dopamine, which the brain stops producing in Parkinson’s. These drugs only treat the symptoms and do not actually stop the brain cells dying, meaning the underlying condition continues to get worse over time. The main drug used to treat Parkinson’s was developed more than 50 years ago and it’s simply not good enough: we must develop a cure quickly.

While it’s more than 200 years since James Parkinson first described the disorder, we still don’t know what causes Parkinson’s. However, over the last 30 years, medical research has played a vital role in enhancing our understanding of the condition. A number of mechanisms which cause the brain cells to die in Parkinson’s have been discovered, but we don’t know the full story.

In the laboratory, new drugs have been developed to block these pathways, thus preventing brain cell death in cell and animal models of Parkinson’s, however, there are a number of roadblocks preventing their translation to effective drugs for humans. What are these roadblocks?

Although the UK invests less in research compared to the USA and some EU partners, UK scientists are some of the most productive in making new discoveries. We are failing to capitalise on this, however (1).

Government and charity funding can facilitate the academic development of novel drugs at the research and development (R&D) and pre-clinical phase of the drug development pipeline (see figure 1), but eventually, a large investment of funds is required to translate the drug into clinical use. This funding, normally from pharmaceutical companies, is becoming very difficult to obtain.

Drug development for brain disorders like Parkinson’s is very complex, costly and time-consuming, particularly since clinical trials need to run for a long time. Consequently, novel drugs can stall at any point along the drug discovery pipeline. Coupled with a high failure rate in drug development in this area, you can appreciate why pharmaceutical companies are increasingly reluctant to invest in new drugs for Parkinson’s.

To overcome this roadblock, we need to develop innovative ways of funding further development of novel drugs that takes them to a stage when they are more attractive and less risky for pharmaceutical companies to take on. The government’s Lifesciences Industry Strategy Document [1], released early this year, acknowledges this as a major roadblock in drug development and proposes some new funding mechanisms to address this. Parkinson’s UK is taking a lead on this through its Virtual Biotech funding stream [2], which provides vital additional funds to cover the further development of novel drugs to a stage when they can partner with pharmaceutical companies.

No good models of Parkinson’s

To develop effective drugs, you need cellular and animal models which closely replicate the disorder. Parkinson’s only affects humans and the current animal models only replicate certain aspects of the human condition. The lack of good models has resulted in the development of drugs that protect the brain cells from dying in animal models but fail in human trials.

Testing of drugs in clinical trials is essential to test effectiveness against Parkinson’s and safety. Currently, poor trial design, poor patient selection and clinical assessment are roadblocks. Parkinson’s can affect people differently, with highly varied progression rates. Hence, the across-the-board recruitment of people into clinical trials induces large data variability, making it difficult to assess a drug’s effectiveness. This is further hampered by a significant misdiagnosis rate for Parkinson’s.

Additionally, the testing of participants is carried out as a short snapshot in hospital environments, failing to capture whether the drug has improved mobility in the real world. The Critical Path for Parkinson’s (CPP) project [3], funded by Parkinson’s UK and other charities, as well as nine pharmaceutical partners, is collecting brain imaging and clinical data from around 7,500 people with Parkinson’s, leading to the development of a brain imaging tool for the better selection of patients and a computer clinical trials simulation platform.

CPP will also facilitate the testing of subsets of patients based on their presenting clinical symptoms, thus allowing more effective selection for trials. To address assessment issues, CPP is facilitating the development of wearable devices, like smart-phone apps, which capture clinical symptoms across the whole day, thus enhancing the testing the drug effectiveness. Since trials are the final vital research step in getting a drug approval, health and social care professionals can play a vital role by engaging with patients about their potential involvement in research, thus driving up recruitment.

In conclusion, we have a golden opportunity to cure Parkinson’s, but we need researchers, health and social care professionals and research funders to work with us to develop imaginative solutions to these roadblocks if we are going to consign Parkinson’s to the medical history books.