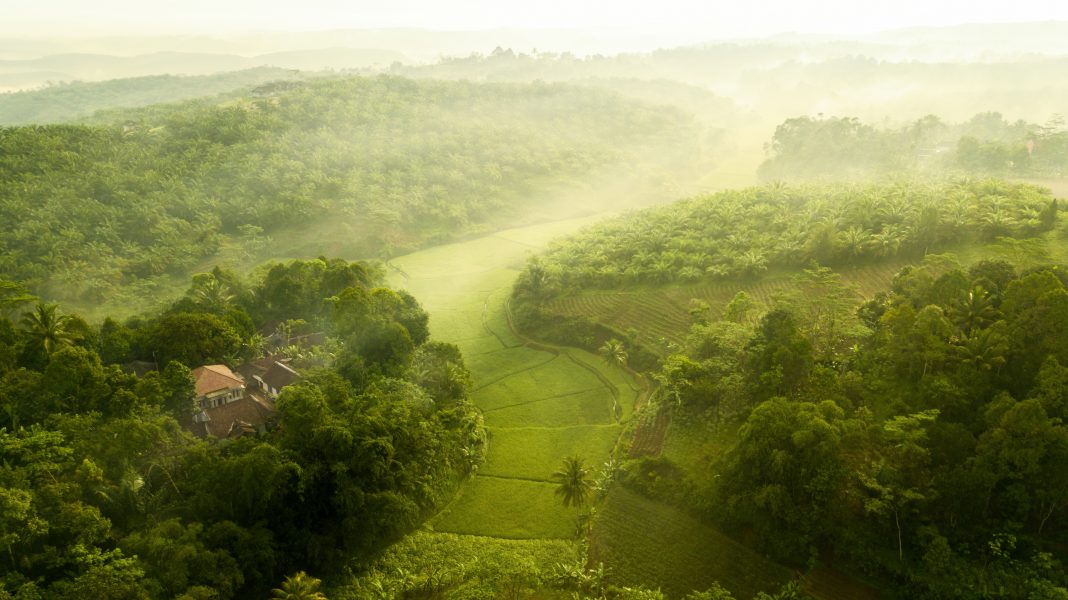 Tropical peatlands – located across Asia, South America, and Africa – are at an extreme risk of damage due to climate change with possible events like drought and mass flooding.

They hold masses of biodiversity, including tigers, gibbons, birds, and specially adapted plants, fish, and microbes.

As carbon basins, they can collect a lot of carbon dioxide from the atmosphere – yet this could be a bad thing when they are damaged, as they can consequently release this stored carbon also.

Palm oil is an edible oil which is used in numerous commodities such as food, soaps, biofuels, cosmetics and more, it requires a lot of land and unfortunately causes of a lot of deforestation, but new research finds that it can be farmed more sustainably on peatlands by re-wetting the land – conserving both biodiversity and livelihoods of palm oil farmers.

Looking at tropical peatland restoration efforts in Indonesia, researchers set out to examine whether managing water levels on drained peatlands affects the viability of palm oil grown by farmers, as well as the impact this has on the diversity of bird species.

Indonesia is estimated to contain 47% of global tropical peatlands

When peat forests are cleared and peatlands are drained for cultivation, the carbon emissions stored in the land are released, as well as mass biodiversity losses, and land subsidence. Drained peatlands are also prone to fire, which in the past has led to toxic haze, deaths, and health and economic damage.

The islands of Borneo and Sumatra is estimated to have around 47% of global tropical peatlands, where forests cover 76% of Sumatra’s peatland in 1990.

However, in 2015, around 66% of this land was covered by smallholder agriculture or industrial plantations – primarily of palm oil – which meant the land was being continually used and cleared for palm oil production, threatening many species.

Yet drainage is still considered necessary to conserve palm oil yields because prolonged flooding reduces fruit production, and changing these agricultural practices also threatens the livelihoods and economic incentives of the farmers which farm the palm oil.

This study therefore set out to find the solution to this problem, discovering that re-wetting the fields could have net positive effects for smallholders – reducing the risk of fires that can damage property, plantations, and human health – and without having a negative effect on palm oil profits or the farmers which work in them.

The study, published in Journal of Applied Ecology, focusing on the Jambi province in Sumatra, Indonesia, took samples of water table depths of palm oil farms managed by smallholder farmers, to assess impacts on oil palm yields and on bird species living on the farms.

Peatland needs to be drained using canals to make the land suitable for farming, which can impact habitats and cause the peat to emit carbon. The dry land can also become prone to fire – leading to increased carbon emissions, toxic haze, and a threat to the lives of both people and wildlife.

To restore these drained peatlands, researchers looked at a process called “rewetting”, where canals draining water away are blocked or filled in, which makes it less likely for the peatlands to catch fire. This was the most efficient method of protecting these fields, which allowed biodiversity to continue to live in these areas, without cutting down or burning the fields after use.

In the peat swamp forest neighbouring the farms, researchers found around 90 species of birds, but only 48 species were found in the palm oil farms.

The species living in the forest were also different, including 35 conservation-priority species, and tended to be larger-bodied species that play different ecological roles – establishing that forest protection is critical for conserving biodiversity.

Reducing fire risk in the neighbouring oil palm farms by re-wetting should reduce the risk of forest burning and of further habitat loss for wildlife, while still supporting farmer production.

The yield will not be decreased via floods

Dr. Eleanor Warren-Thomas, now at Bangor University and IIASA, and who led the study while a researcher at York, said: “Indonesia has been very successful in reducing deforestation and considerable effort has gone into peat restoration to avoid fires. But one of the big challenges is the trade-off between livelihoods of owners of small farms and ensuring biodiversity in these areas.

“What this new study shows is that retaining more water in oil palm farms to reduce fire risk seems to have no effect on yields, which is good news for farmers. In contrast to the concerns of some plantations, retaining water levels close to the surface (40cm or less) still enables oil palm cultivation.

“By also surveying bird species in one of the remaining peat swamp forest areas nearby, we also showed the huge importance of protecting the remaining forest for bird conservation – avoiding fires in the landscape is key to doing this.

“These unique birds can also act as seed dispersers – crucial if in the longer-term forest restoration becomes an option. One of the conclusions of the study is that larger-scale industrial farming organisations would be able to help further studies in this area, if they are able to publish their data and share their knowledge to inform sustainable oil palm production strategies.”

A farmer collaborating on the project, Mr Udin, said: “Even if the farm flooded for a few days, the yield is not decreased.”

This study was led by the University of York and ZSL (Zoological Society of London), with colleagues from the Indonesian Centre for Agricultural Land Resources Research and Development and Jambi University in Indonesia.