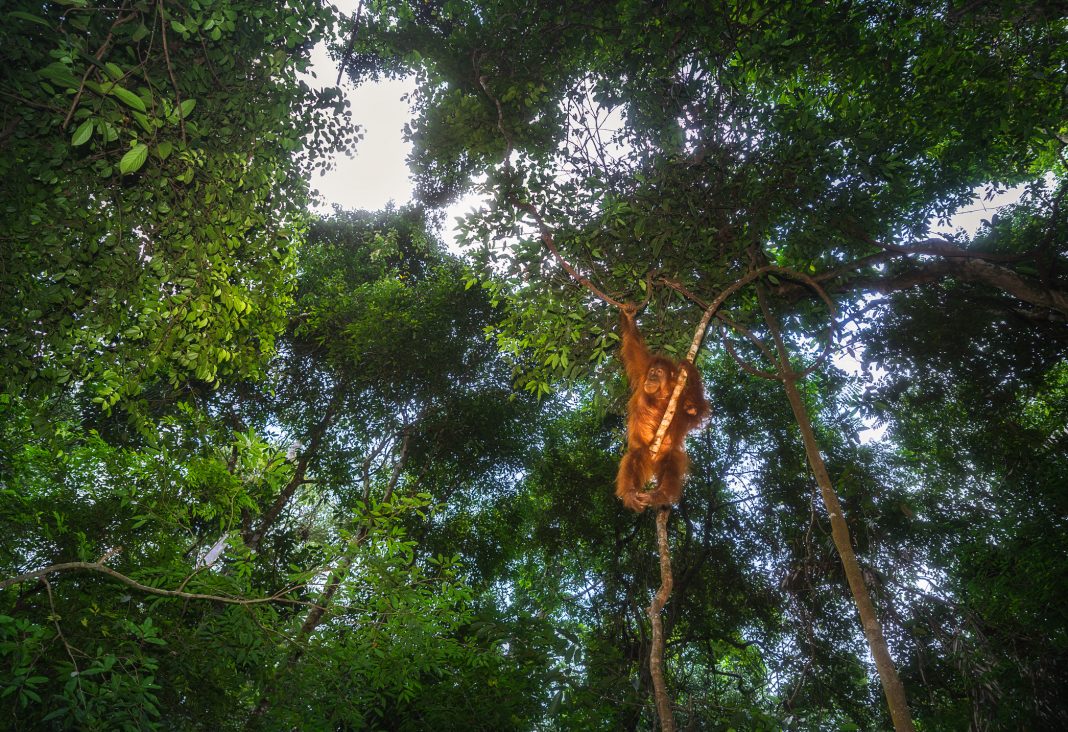 While schemes to tackle deforestation have been moderately successful, their impact has been “tiny” compared to the promises of the Paris Agreement

Focusing on a deforestation emissions reduction scheme laid out by Indonesia, researchers find that only 3% of carbon reduction has been tackled out of the total set by Indonesia’s Nationally Defined Contribution (NDC) under the Paris Agreement.

While over 70 million tons of carbon were prevented from being released into the atmosphere under this scheme, from 2000-2016 Indonesia was responsible for around a quarter of global emissions from deforestation, forest degradation, peatland decomposition and fires.

As one of the world’s third largest span of tropical rainforest, as well as one of the largest greenhouse gas emitters, Indonesia has made many partnerships – including with Norway in 2011 – to reduce their carbon emissions from deforestation, especially for palm oil, logging, and timber concessions.

This study, concentrating on this partnership with Norway, analysed the effectiveness of the scheme, and asked whether Norway received good carbon value for its money.

In 2011 Norway began its partnership with Indonesia in reducing carbon emissions from deforestation through a moratorium on granting new licences for palm oil, logging, and timber concessions.

As a part of the international framework for Reducing Emissions from Deforestation and Forest Degradation (REDD+) established at COP13, Norway pledged around $1billion to Indonesia as a performance based payment for carbon emissions reductions in the forestry sector.

Under the REDD+ approach, Norway committed to pay $5 per ton of carbon if the forest-rich tropical country reduced its emissions from deforestation.

To study this partnership’s success, the researchers compared satellite data from 2004-2018 on forest cover inside the moratorium area, initially spanning 69 million hectares of forest land, with a control area outside the moratorium.

By dividing forest cover throughout Indonesia into 400,000 grid squares and then matched grid squares inside and outside the moratorium area, the researchers ensured they were comparing similar areas of forested land.

Impact was measured by comparing trends before and after the 2010 moratorium – calculating that the moratorium had resulted in 67.8-86.9 million tons of carbon emissions reductions, with dryland forest inside the moratorium area having on average 0.65% higher forest cover compared with similar areas outside the moratorium.

However, on the peatlands – which are huge natural stores of carbon – the study found that the moratorium had zero effect.

The scheme can be considered successful, but barely reached targets

The scheme was considered moderately successfully, but it was highlighted that the impact was “tiny” compared with the nationally determined contributions (NDCs) for carbon reduction set out in the Paris Agreement.

The study used well-established policy impact methods when analysing the carbon emissions reductions, calculating that over the period 2011 to 2017, the moratorium was more effective than this calculation suggests.

This implies that for $56m Norway effectively bought carbon emissions reductions at a rate of less than $1 per ton.

Professor Groom said: “Our estimates suggest a 3-4 per cent annual contribution to Indonesia’s NDC of a 29% emissions reduction by 2030, which is only a small dent in Indonesia’s overall commitment.

“This is a problem because in Indonesia around 65% of emissions are from forest areas so the forest sector is a very important place to stop emissions coming from if they’re going to meet their NDC commitments for the Paris Agreement. The scale of the finance needs to be much bigger for implementation to be effective.”

Was this a fair agreement?

Professor Groom said: “We find that Norway should probably been paying a lot more because the impact starts much earlier, from 2013 we estimate some modest but statistically significant changes, yet the payment was only calculated for 2017, with no proper counterfactual.

“Norway is looking for ways to invest its wealth by investing in this global public good: carbon emissions reductions. In the end there should be more efforts like Norway’s in the world.

“However, the global benefits of mitigating climate change, which economists measure using the social cost of carbon, is far greater than the $5 per ton they were paying – the US government uses $50 per ton, New York State $125 per ton, many argue it is higher still – so while Norway got a good deal, and cost-effective carbon policy is important, it wasn’t necessarily fair from an Indonesian perspective not to get a greater share of the global benefits.

“Maybe perceptions of fairness were driving the failure in this otherwise positive bilateral arrangement.”

The researchers finalise by suggesting that while the carbon pricing was a “good deal” for Norway and global emissions reductions, the agreement – which ended in 2021 – could be seen as unfair towards Indonesia.

Additionally, this estimate of performance used the average deforestation rates for the whole of Indonesia rather than just the moratorium area – so is not an accurate measure of whether the programme was effective.