If you are a President, a Governor or a Mayor having returned home from Glasgow, you no doubt feel mixed emotions for how COP26 concluded.

During a fraught two weeks, where the worst-case outcome of a failed agreement seemed possible in many moments, to have achieved a global agreement at all is a muted success. And although the final agreement incrementally moved climate action forward in important areas, the so-called Glasgow Climate Pact failed to capture the “emergency mode” that the moment called for.

Where the Pact did succeed was to wrangle nearly 200 countries in agreeing to kick off the next phase of the Paris Agreement with a clear vision for “multilevel and cooperative action”, finally codifying collaboration across all levels of government alongside other outstanding items in the Paris rulebook. Big-ticket announcements on methane, deforestation and fossil- fuel phase-down buttressed a net-zero commitment from India and a joint statement between the U.S. and China. The Pact even requests nations to strengthen their 2030 climate goals ahead of schedule, in 2022.

Altogether, the ingredients to move the world into emergency mode are there and the pace is quickening.

Cities, towns and regions will be essential to see this agreement through. Before I went to Glasgow, ICLEI- Local Governments for Sustainability, the network of more than 2,500 local governments around the world that I work with, did a bit of analysis on those countries’ climate plans which were updated ahead of the conference. We found that, of national plans that stepped up their ambition, nearly three-quarters referenced collaboration across levels of government.

This makes sense: Local governments are the first responders in the climate emergency. Nations may negotiate the terms, but they rely on cities to deliver global promises on the ground. Mayor Andy Burnham of Greater Manchester, UK, said it well during one high- level segment of the negotiations: “Left to its own devices, the market will not get us there. So we will need our [national] governments to have the courage to regulate. We also need them to have the courage to let go where they can – to hand the baton to cities and regions, as this is a race which can only truly be won from the bottom up.”

Given their role, you would think cities and regions should be at every COP’s official negotiating table.

We continue to advocate for this. The UN system allows some space for nine constituency groups to contribute to global processes, giving a voice to women, farmers, labour, youth and more. I serve as the focal point for one to one of them, the Local Governments and Municipal Authorities (LGMA) constituency. In a year where COVID-19 requirements and COP26’s waffling uncertainty could have

dampened the appetite for local leaders to participate, the LGMA fielded more than 400 delegates, including mayors, governors and councillors, from all regions of the world – the second largest delegation when compared to national delegations. We went to Glasgow with a four-point roadmap for “Implementing Multilevel Action in the Age of Climate Emergency”, calling for:

●  Multilevel action as the new normal for the next phase Paris Agreement.

●  Localising finance to seize urban opportunities for bold action in cities and regions.

●  Just climate action for all.

●  Stepping up subnational engagement in the UNFCCC processes.

By the end of COP26, I believe we made progress on each.

In a key win for the LGMA, the preamble of the Glasgow Climate Pact now makes explicit reference “recognizing the important role of Indigenous peoples, local communities and civil society, including youth and children, in addressing and responding to climate change, and highlighting the urgent need for multilevel and cooperative action” (emphasis enthusiastically my own).

On finance, we advocated that Article 6 – how the Paris Agreement is funded – should contain references that open the door for future sustainable, integrated urban and territorial development in national financing mechanisms. The text now references “public authorities” and “replicat[ing] successful NMAs [Non- Market Approaches], including in the local, subnational, national and global context.”

But can we be assured these advancements are just

and inclusive? “We are disappointed and concerned about the fact that this COP26 did not result in a meaningful outcome on loss and damage,” Ngendahimana Ladislas, Secretary General of the Rwanda Association of Local Government Authorities (RALGA), told the closing plenary, addressing one of the biggest frustrations of COP26. The continued failure to address “loss and damage,” the societal and financial costs of climate impacts borne by the most vulnerable nations but perpetrated by countries that got rich burning fossil fuels, remains a sticking point.

“I believe that the LGMA elevated our engagement to new heights at COP26.”

But here, too, subnational governments stepped up to break the loss-and-damage taboo. Scotland made first moves, announcing a symbolic contribution of 2 million GBP to a loss and damage fund. “Developed countries can no longer in good conscience ignore this pressing moral issue,” said Scotland’s First Minister, Nicola Sturgeon.

Looking ahead to COP27

COP27 feels just around the corner, scheduled for 7 through 18th November 2022, in Sharm El-Sheikh, Egypt. As Global South COP, we should expect to see resilience and adaptation, nature, food, finance, culture, loss-and-damage, and even urbanization much more highly prioritised as core elements of the substance. With his characteristic mix of poetry and pragmatism, Mayor Tunç Soyer of Izmir Metropolitan Municipality, Turkey, and a leader at ICLEI as Co-Chair of our climate portfolio, captured what needs to be done in the interim when he told the COP26 Legislators Summit, “It is now clear more than ever in our urban world of the twenty-first century, multilevel collaboration underpinned by a circular culture is one of the few – if not the only – inspiration of hope to respond to the age of climate emergency. This era of multilevel action can only be durable if it is fully embraced and developed with the lawmakers and other members of legislative bodies at the local, subnational and national level.”

For now, I believe that the LGMA elevated our engagement to new heights at COP26. We partnered with the Scottish Government to secure the Multilevel Action Pavilion as cities and regions’ home in the Blue Zone, the COP’s official space. For the first time ever, our Pavilion doubled as an online space open to everyone, regardless of travel restrictions, funding, and summit accreditation requirements. Local leaders spoke our advocacy aims to the UN Secretary General, the UK Prime Minister, and the UNFCCC Executive Secretary on multiple occasions.

While COP26 did not provide a silver bullet to the climate crisis, we are moving forward. The work continues. 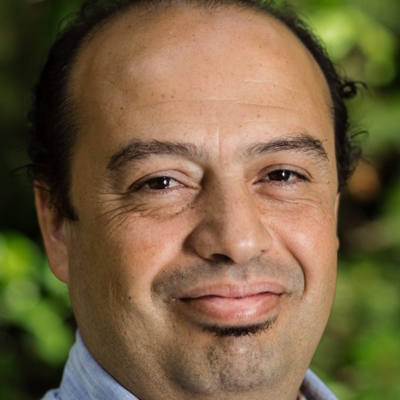 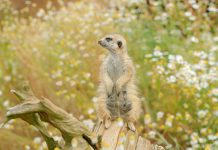 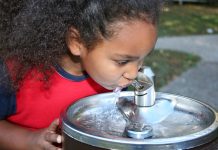