Dementia — the loss of the ability to think, remember, or reason— likely affects more than 5 million people in the United States and more than 47 million people worldwide. With the overall population ageing and 7.7 million new cases each year, the burden of illness caused by dementia is only continuing to increase. The National Institute of Neurological Disorders and Stroke (NINDS) works closely with the National Institute on Aging (NIA), both a part of the National Institutes of Health (NIH), to plan and fund biomedical research efforts into understanding, diagnosing, treating and possibly even preventing dementia.

Our concept of dementia has changed radically over time. What was initially a catch-all term for any type of loss of mental ability had gradually become almost interchangeable with Alzheimer’s disease (AD), the most common dementia diagnosis. More recently, however, dementia is becoming understood as an umbrella term under which there are numerous and complex dementia diagnoses that themselves, including AD, continue to be better understood.

It is now understood that AD is only one of the dozens of disorders that we collectively refer to as “Alzheimer’s disease and Alzheimer’s disease-related dementias” or AD/ADRDs. Thanks to the hard work of researchers and clinicians, we have been able to identify markers in the brain that are associated with different forms of AD/ADRD. Pathological Alzheimer’s disease is defined as the abnormal build-up of certain proteins to form “beta-amyloid plaques” and “tau tangles.” Another AD/ADRD diagnosis is Lewy body dementia (LBD), which is typically associated with deposits of a different protein, alpha-synuclein, to form so-called “Lewy bodies.” LBD can cause hallucinations and psychoses and is often mistaken for psychiatric illness.

Vascular contributions to cognitive impairment and dementia can occur as specific diagnoses themselves, for example, vascular dementia, or perhaps most commonly, as part of the pathological picture underlying Alzheimer’s dementia. NIH has turned its attention to focus on the connection between cardio- and cerebrovascular health disease (in other words, the health of the heart and the blood vessels that support both it and the brain) and the development of cognitive impairment, including dementia. We have considerable evidence suggesting the two are linked and the NIH, with NINDS and NIA in the lead, has brought together researchers of both fields together to further study this connection. The goal is to identify biomarkers that could detect changes in the blood vessels of the brain that may lead to cognitive impairment or dementia at an early enough stage to slow, halt, or even reverse progression. NINDS and NIA are also supporting the DISCOVERY (Determinants of Incident Stroke Cognitive Outcomes and Vascular Effects on RecoverY) Network, which will look specifically at the specific types, locations, and severities of stroke that impact cognitive impairment, including dementia outcomes, and will also investigate possible targets to help prevent, treat and recover from stroke.

While AD is the most common diagnosis for dementia, the ADRDs share many similar features in terms of cognitive effects and changes in the brain. In recent years, more and more cases have been found with what we call “mixed pathologies,” which means that there are several different pathological markers in the brains of individuals diagnosed with dementia, including AD dementia. Furthermore, some people can have these markers in their brain without having any signs of dementia. Clearly, this means that the causes of dementia are much more complex than the simple formula of, “if you have this marker, you have this form of dementia.” In fact, the more we learn about AD/ADRD, the clearer it is that many factors contribute to dementia. Yet in most cases, with rare genetically caused dementias being the exception, we still don’t really understand the causes despite understanding quite a lot about risk factors.

So, what can we do? Effective and accurate communication is key to discussing, treating and hopefully preventing dementia. The term “Alzheimer’s disease,” which has existed for decades, initially described a very specific condition. Today, it has become almost synonymous with dementia, or it is frequently cited as being “the most common cause of dementia” when it is in fact the most common dementia diagnosis, but actual root causes of most cases of dementia, including AD dementia, remain elusive. There is an independent committee looking at developing a new nomenclature to describe AD/ADRD in a research context so that scientists can start speaking the same language.

Another collaborative effort underway is the Consortium for Detecting Cognitive Impairment, Including Dementia (or DETECT-CID), which is testing methods for not only quickly and accurately detecting early cognitive impairment in primary care, but also critically providing standardised recommendations for follow-up via electronic medical records. This approach is designed to address the enormous challenge of underdiagnosis of cognitive impairment, including dementia in primary care. This project is also specifically developing ways to detect cognitive impairment, including dementia in populations that have typically been underrepresented in research studies such as older African Americans and Hispanics, whose cognitive impairment goes undetected more often than older White populations.

To address the connection between high blood pressure, stroke and dementia, NINDS has relaunched its Mind Your Risks® public health campaign, with a focus on African American men ages 28 to 45. They are at the biggest risk for developing hypertension and science emphasises the importance of controlling blood pressure early in life to prevent problems later in life.

A challenge for scientists & the public

There is no more complex organ than the human brain and its intricacies continue to present a challenge for scientists and the public. Our research will follow every possible pathway on the road to understanding and treating this devastating disease. 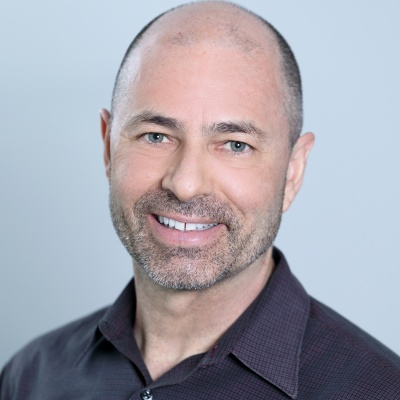 What is ivermectin for acne rosacea?

Metrogel and rosex gel as a treatment for acne rosacea

Dementia & Behavioural Symptoms of Dementia: Risk for the Latinx population