Transformation is becoming the new buzzword in the corridors of Brussels. From digital to green and economic transformations, Ursula von der Leyen has made a radical break with the Juncker years of crisis management and is putting forward grand, new visions for Europe.

Universities are a valuable part of this, not least because they have been engaged in transformation for a long time. For the last two decades, universities have been through massive changes. In the 2000s, the Bologna Process sparked numerous and radical reforms of the structures of learning and teaching, in parallel with increasing student numbers. In research, doctoral education has widely expanded and become more professionalised. Research cooperation has risen as well, in part due to the opportunities presented by large EU research programmes. Stronger university leadership, combined with growing political recognition of the impact of research on society, has led to a much more strategic approach today than a decade ago – just think about the Research Excellence Framework (REF) and the impact discussion in the UK, or the numerous excellence initiatives across the continent. The list continues with mergers, globalisation, new funding systems, new regulatory frameworks and much more.

There is no reason to assume that the higher education and research environment will cease to be dynamic. Looking at the big challenges ahead, research and technology will be even more central. In post-Brexit Britain and the European Union (EU) alike, technological change is at the forefront of the discourse of transformation. There is a strong consensus that technological and social innovation is part of the sustainability challenge and, of course, the whole concept of the digital transformation is linked to new knowledge.

The strategic role of universities goes much further than the provision of new knowledge through curiosity-based research, although this remains a core function. Universities as institutions play a central role in the uptake of new knowledge through their learning and teaching mission, and through the diverse innovation ecosystems that they are part of. The interplay between researchers and students, university management, regional authorities, and businesses are going to be crucial in making sure that knowledge is translated into solutions.

Uptake of new knowledge happens when university graduates with the knowledge and skills to implement new technologies enter the job market. They need to know how to use digital tools to increase efficiency and decrease the use of resources. A shorter route to uptake is increasingly through intermediary organisations in the grey zone between universities and business. SMEs, in particular, benefit from universities that can invest in communicators and experts who can talk to both worlds; some of this work is traditional technology transfer, but there is a wider task of creating trust between two very different sectors. Science communication – including engaging citizens in the research process – has gained ground as a way to identify common challenges.

Another grey zone is the highly dynamic and growing world of university start-ups and their services to companies. These are often driven by students or recent graduates who move smoothly from undertaking projects in challenge-based learning settings to establishing companies in university incubators or science-parks – and it is not always easy to see where one activity ends and the other begins. The interplay between research, education and innovation should not be underestimated here. The ability of universities to combine knowledge creation and learning is central: providing knowledge between two ears rather than between two book covers.

In the last decade, we have seen many examples of universities as key players in re-inventing Europe’s regions in the wake of the financial crisis. This has happened when university leadership, key companies and local politicians have come together to create new avenues of local growth and employment. A key element for the success of this re-invention has been in the intersection of innovative learning and teaching, strong curiosity-driven research and investment in interfaces that can ensure that new knowledge becomes new solutions. This often happens through open innovation, where the flow of knowledge between different actors is as, or even more, important than ensuring intellectual property rights.

However, we need to step up the game from all the many success stories of regional transformation and look at the grand agenda of European transformation. We need a common European discussion – which includes the UK – about the framework conditions for knowledge creation, where learning and curiosity-based research are seen as an integral part of implementing technological solutions. The good news is that there is room for improvement. Europe is not doing badly, but it can do much better by giving space to innovation in learning and teaching and by increasing universities’ autonomy so that they can innovate for the long term.

Europe also needs to invest in cooperation between sectors and to place a large bet on its strongest competitive advantage: truly multilateral research funding in the Horizon programmes.

Universities have responsibilities of their own: they need to future-proof provision for students who will enter changing labour markets; they need to deepen cross-border cooperation to profit from Europe’s diversity of approaches and ideas, and they need to take responsibility as institutions to continuously develop so that they can play an increasingly important societal role.

In April, university leaders from across the continent will meet in Gdansk, Poland, at the largest pan-European gathering for top leadership, the Annual Conference of the European University Association, to discuss and share how to best advance responsibility for building a better Europe. 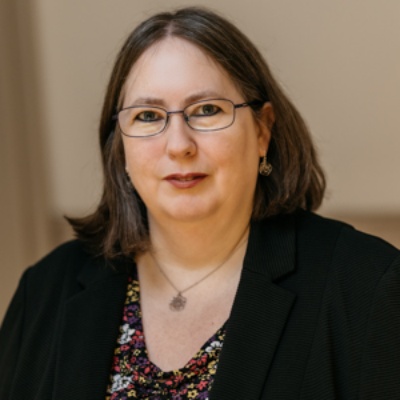