Water quality is an integral aspect of the overall research at Alabama A&M University, A Center of Excellence in Watershed Management. Here, Dr Elica M. Moss details ongoing and upcoming projects in her Environmental Microbiology Lab

Escherichia coli relationship with land use, seasonality and physicochemical parameters in a Tennessee River Tributary

This study evaluates the water quality of the Flint Creek Watershed (FCW), one of the major tributaries upstream of the TVA Wheeler Dam and Reservoir. The FCW has variously natural and managed land use areas, water, wetlands forest, urban and agricultural, which have the potential to contribute to the loading in the watershed of organic residue on the land surface that washes off into the receiving waters of the watershed, thus affecting the quality of water and watersheds.

Monitoring concentrations of indicator bacteria such as Escherichia coli, assesses the microbiological impairment of water. The research was conducted in the most dominant lands, forest, urban and agricultural areas to identify the impacts of physicochemical parameters (dissolved oxygen, DO, conductivity, pH and seasonal temperature), which may serve as drivers of E coli. The results found that the drivers for the determination of E. coli were temperature and specific conductivity, both of which had positive correlations in each of the three land use areas. However, agricultural versus forest is strongly correlated and the only exhibited significant relationship.

In addition to the findings garnered from the enumeration of E. coli within each land use, these results can be interpreted to mean that within the FCW, urban land although exhibiting higher concentrations of E. coli, weakens the relationships when observed with the other land use areas.

Correlation of antibiotic-resistant bacteria and genes (ARG) and heavy metals in rising waters of Africatown in Mobile Bay, Alabama

Each year in the U.S., at least 2.8 million people are infected with antibiotic-resistant bacteria (ARB) or fungi, and more than 35,000 people die as a result (CDC, 2020). The World Health Organization has stated that ARB and ARGs are the two major threats to public health in the 21st Century and have thus listed 12 bacterial families and antibiotics for which they have shown resistance (Ram and Kumar, 2020; Amarasiri et al., 2020; WHO, 2017). Examples include Pseudomonas aeruginosa, carbapenem-resistant, Enterococcus faecium, vancomycin-resistant and Streptococcus pneumoniae, penicillin-non-susceptible (WHO, 2017). The detection of ARB and ARGs are becoming ubiquitous in aquatic environments such as wastewater, surface water, drinking water, sediments and sludge and are recognised as reservoirs and routes for the dissemination of antibiotic resistance (Ram and Kumar, 2020; Amarasiri et al., 2020).

Animal waste can also contaminate wastewater or may be used as manure, bringing antibiotic residues and resistant bacteria into crops (Grote et al., 2007). Thus, the microbial and chemical loads (antibiotics, metals, etc.) from point and nonpoint sources ultimately become present in rivers and lakes (Amarasiri et al., 2020). Mulamattathil, 2014, detected coliforms that were resistant to antibiotics and that their presence can induce antibiotic resistance (Ram and Kumar, 2020; Baker-Austin et al., 2006).

Antibiotic pollution is generally coupled with contamination by heavy metals and other chemicals, which can promote the development of resistance mechanisms (Cesare et al., 2015). At sites characterised by high antibiotic and metal burden, such as soil and water impacted by agriculture and aquaculture, co-selection has been observed (Li et al., 2017; Ji et al., 2012). Although the knowledge about the spread of antibiotic-resistant bacteria in waters is increasing, the understanding of the driving factors determining the selection for antibiotic resistance in the environment is still scarce.

Additionally, limited studies are showing the correlation between the prevalence of ARB with metals and faecal contamination in a single study (Ram and Kumar, 2020). The goal of this research is to examine water pollution in Africatown community environs in northern Mobile Bay. Africatown is a small, predominately African American community, home to the last slave ship, the Clotilda, to illegally enter the United States. In this study, we will: Determine the prevalence of faecal indicator bacteria, i.e., E. coli and Enterococcus; Identify the presence of physicochemical parameters and heavy metals; and Evaluate the microbiome for the presence of ARB and ARGs.

The microbial quality of irrigation water is impacted by diverse agricultural, wildlife, and human inputs, including runoff from land-applied manure and pasture lands, direct faecal deposition from cattle, overflow from swine manure lagoons and storage sites, faecal deposition from wildlife, discharge from leaky sewer lines, and subsurface flow from septic drainage fields. Thus, irrigation water has been identified as a potential source of contamination in several disease outbreaks (Gelting and Baloch, 2013). Some databases on microbial quality of irrigation water have been compiled, however limited, most notably in the southeast.

Historically, irrigation water has not been monitored as closely as drinking and/or recreational water unless investigating an outbreak. When irrigation water is monitored, indicator organisms such as E. coli and enterococci, rather than pathogens, are measured. High concentrations of these indicator bacteria potentially indicate significant faecal contamination and, therefore, facilitate an elevated probability that potential pathogens are present (Pachepsky et. al., 2011).

In this study, we will collect and analyse well water and municipal water used for irrigation at the Winfred Thomas Agricultural Research Station (WTARS), a 970-acre outdoor laboratory by: Enumerating and determining the seasonal variability of E. coli faecal indicator bacteria from surface water (pond) and subsurface water (well-water and municipal water) used for irrigation at the WTARS; Detecting possible relationships between pathogenic and indicator bacteria in both the surface and subsurface water; Identifying the physicochemical parameters that may serve as drivers to the presence and density of E. coli within each irrigation system.

Outcomes generated from the water quality research in Dr Moss’s environmental microbiology lab will include an updated and complete assessment of microbial population and ARB and ARGs for wastewater and surface and irrigation water and provide insight into the possible relationships with many environmental physicochemical parameters and heavy metals. 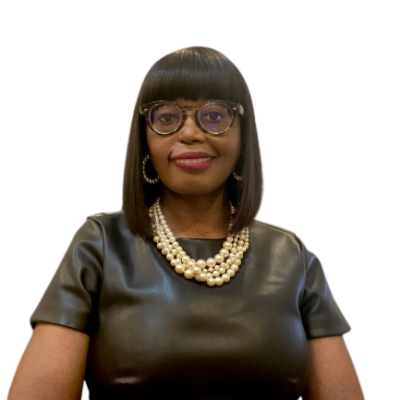