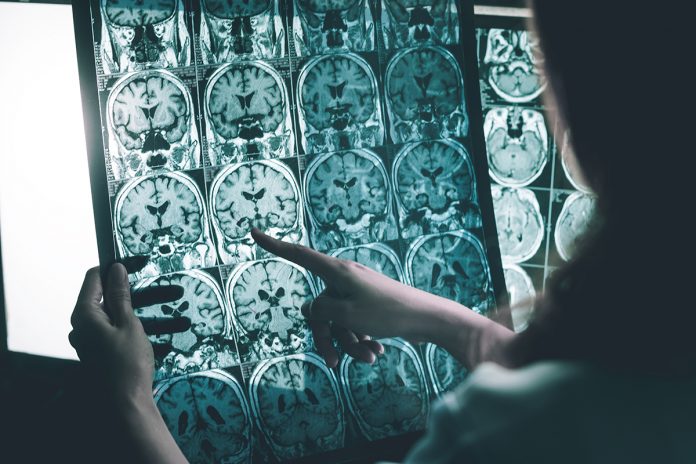 Tamas Fulop from Université de Sherbrooke’s Research Center on Aging, explains precisely why infections may be the new paradigm explaining the pathogenesis of Alzheimer’s disease (AD)

Alzheimer’s disease (AD) is one of the most deleterious neurodegenerative diseases. Starting with memory problems, it progresses unstoppably towards the total loss of the patient’s identity.

In our ageing society, it has become one of the most disastrous plagues of humanity. AD and dementia are expected to almost triple during the next 30 years. Today, we do not know the exact cause and therefore, no real cure exists. Due to the failure of the present approaches, new and bold avenues of research need to be pursued to unravel new pathomechanisms leading to successful prevention and/or treatment of AD.

Alzheimer’s disease (AD) as described by Alois Alzheimer has been known for more than 100 years. The prevailing hypothesis for AD, termed the amyloid cascade hypothesis, states that local production and deposition of amyloid beta peptide (Aβ) is the cause of the disease. This protein forms fibrillar structures in the brain resulting in extracellular amyloid plaques which lead to inflammation and neuronal synapse destruction. Neurodegeneration in AD is also related to intracellular hyperphosphorylation of Tau (ptau) and the formation of neurofibrillary tangles. The failure of more than 400 clinical trials targeting Aβ and especially the deleterious results observed when Aβ levels decrease in the brain indicate that we have not completely grasped this hypothesis. Furthermore, we need a radically new approach to discover new treatments.

There is growing evidence that AD is a syndrome and may have multiple causes. Notably, the vascular hypothesis and the infection hypothesis are very strong candidate explanations for the pathogenesis of AD.

Even if the vascular hypothesis could not be a stand-alone cause, it has been integrated as a risk factor for the development of AD and led to clinical trials for AD prevention. Under the leadership of Professor Cunnane, we have performed interventional trials including the use of exercise1 but above all ketogenic interventions2.

We pioneered the use of a brain ketone PET imaging. We have also tested a dietary ketogenic supplement for the prevention/treatment of AD at various stages. Ketones are an important fuel for neurons. They also inhibit the inflammasome and consequently decrease inflammation. We have shown that brain uptake of ketones is not altered in patients suffering from mild cognitive impairment (MCI) or AD and that supplementation with ketones improves several domains of cognitive function in MCI and AD.

These observations provide a new trigger for the study of neuro- and systemic inflammation in AD. Many years ago, several groups evoked the infection hypothesis of AD. They discovered remnants of various microorganisms (viruses, bacteria and fungi) in the AD and pre-AD brain. These findings led to intense investigations; however, progress has been very modest because it is difficult to prove a causative versus innocent bystander role.

Recently, the infection hypothesis was reinforced by the discovery that Aβ is an antimicrobial peptide (AMP). This peptide inhibits the growth of bacteria and fungi as well as viruses. We contributed importantly to the understanding of this mechanism, especially the role of Aβ as an antiviral peptide4,5. There is still a missing link, however, relating infection to development and progression of AD: how do microorganisms provide a long-term stimulus to Aβ synthesis? We made progress in this area by showing that microorganisms may survive over a substantial time in microglia and in circulating monocytes where they may become reactivable under certain circumstances.

Together, these findings lend support to the infection hypothesis, suggesting that latent and chronic infections stimulate a pro-inflammatory response. The stimulation of the central nervous immune system by infective agents may pass either directly through the olfactory bulb or by mouth, or indirectly by innate immune cells. Once exposed to infective agents, neurons secrete Aβ as a means to protect neighbouring neurons. Aβ and pathogens are then taken up by functioning microglia and the infection and inflammation are halted. However, when the infection becomes chronic, the microglia are no longer able to neutralise all the Aβ produced and amyloid plaques convert into biofilms enclosing the microorganisms, neuroinflammation further proceeds and neurons are destroyed6.

Recognition of this infection-induced vicious circle between the periphery and the central nervous system is the strategy we propose for research for the future treatment of AD. The following approaches should be explored in the near future: 1. the use of effective antibiotics to destroy microorganisms which can be detected in a personalised manner using peripheral biomarkers (since different individuals will have different chronic infections) at very early stages in cognitive decline and; 2. the use of polyvalent vaccines.