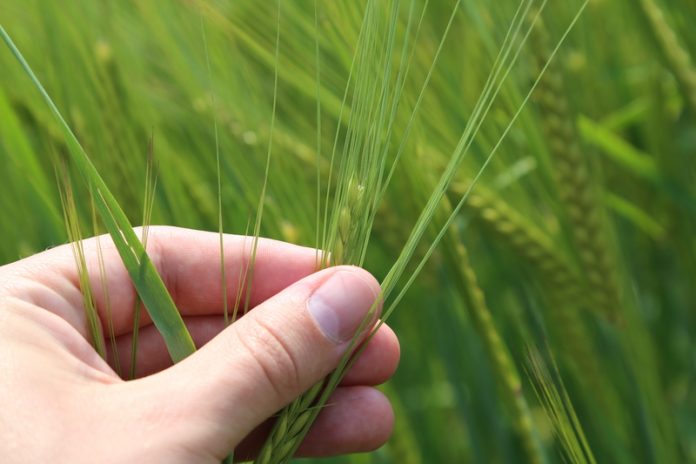 James A. Birchler from University of Missouri, Columbia gives an absorbing insight into research around the modification of plants for food crops

If egos, politics, greed and “us versus them” attitudes don’t get in the way, are we humans capable of elevating our standard of living, or at least maintaining it, going forward? At 7+ billion people on Earth at present, there can be no debate that we have altered the state of Nature. As the human population expands, as is apparently inevitable, what are the consequences? Never before in world history do we know more about the workings of the universe through scientific investigations than now and never before has the general populace confounded the use of that knowledge for their own benefit. What kind of world do we want our descendants to inherit?

The whole of civilization as we now know it depends on the modification of plants for food crops. Since the advent of agriculture, human civilizations have continued to modify plants for their medicinal and nutritional benefit. This human tradition must continue to satisfy the coming needs of the food supply. Considering the impending global population pressures and limited resources of the planet, crop improvements must continue to forestall internecine misery in our irreversibly interconnected world.

Genetic technologies for crop improvement will undoubtedly be needed going forward to improve production processes and nutritional content. Molecular breeding, genome editing and a better understanding of the basis of quantitative traits will be important contributors to the future success of agriculture. And within that realm, transgenic technologies will be needed to advance the work.

However, current transgenic technologies are confounded by several factors. Firstly, the introduction of genes into a target genome is currently quite cumbersome and time consuming for basically all crops. Further, the transgenes are randomly integrated into the chromosomes and thus can be mutagenic if they land within an endogenous gene. This random insertion results in unpredictable expression levels from one site to another. And the insertion will be linked to resident genes that will be difficult, if not impossible, to separate from the transgene if the latter is to be exchanged to the genetic background of other varieties of a crop through multiple generations of genetic crosses.

It is the hope of artificial chromosome technology that these issues can be overcome for transgenic studies and the benefits that they provide. Small artificially constructed chromosomes carrying multiple transgenes and a means to amend them will be independent of the endogenous chromosomes and thus will facilitate transfer across different varieties. Such minichromosomes would also use so-called “stacking systems” to continue to add sequentially new genes for various plant properties to the chromosomal entity. These targeting integration methods, as opposed to random integrations, would help ensure faithful and robust gene expression. They could also be combined with haploid breeding procedures that are commonly used for many crops to produce new lines with improved characteristics.

Haploid breeding procedures are used to produce varieties with new genetic configurations. The procedure works by generating individuals with only a single set of the chromosomes instead of the normal two. These individuals are then treated in various ways to double the chromosome number creating unique constellations of gene variants with the usual two sets of chromosomes that are identical to each other. Very often in these haploid-inducing procedures, there is an additional chromosome that is retained in the otherwise haploid. If it is a normal chromosome, those individuals are highly defective.

However, one might imagine that if an artificial chromosome could be thusly transferred, the ability to introduce the transgenic cargo to multiple target varieties would be greatly facilitated. This would be especially useful if there is a varietal specific limitation on plant transformation, in which case the transgenes would be introduced readily into the recalcitrant variety without the need for several generations of recurrent crosses.

A related application would be if genomic editing machinery were introduced onto an artificial chromosome that could then be transferred to a haploid for editing at multiple sites for a massive scale edit during the haploid phase. This would provide the machinery a whole generation to perform its edits and would not be complicated by different changes on the two chromosomes in a diploid that are known to occur. Each edit in a haploid would be unique and captured at the chromosome doubling stage. With the editing machinery on an independent chromosome, it could be easily removed in the next generation.

Artificial chromosomes have the potential to carry whole biochemical pathways for new properties to be conferred onto plants or to use plants as biochemical factories for useful metabolites or proteins. Biochemical pathways that confer tolerance to various stresses such as drought or to various biological agents such as fungal, bacterial, viral or insect pests could be combined on the chromosome. There are likely many such compounds and proteins in the biosphere that could confer these properties and that have yet to be discovered. When discovered, modified if need be and combined appropriately, they portend potential benefit to crop plants.

An area that has received little attention is the potential application of artificial chromosomes in breeding programs for otherwise vegetatively produced crops such as cassava, banana/plantain, potato, sweet potato, sugar cane, cacao and rubber. The use of transgenes on an independent chromosome would facilitate their transfer to new genetic backgrounds. Many of these species are difficult to transform and breed to develop the best combinations of genes for improvements. Artificial chromosomes could be used to transfer the desired characteristics to new genetic backgrounds with selection for the best performers that could be propagated as clones to the field.

In the future, one could anticipate crop improvements to which artificial chromosome technology might contribute include enhanced nutrition, reduction in fertiliser and herbicide usage to reduce pollution, increased biomass, yield and harvest efficiency, tolerance to drought and other abiotic stresses and resistance to viral, bacterial, fungal and insect pests among other possibilities.

Of course, genetic manipulation does not stand alone. There is a need for maintenance of diverse crops together with their existing natural variation and conservation measures on cropland to ensure their continued fertility. Homo sapiens translated from the Latin is “Wise man”. Can we live up to our name by a collective effort to ensure food security?

Study finds one in four LGBTQ youth identify as nonbinary