Home Open Access News Workplace News How do our attitudes to work reflect our trust in government? 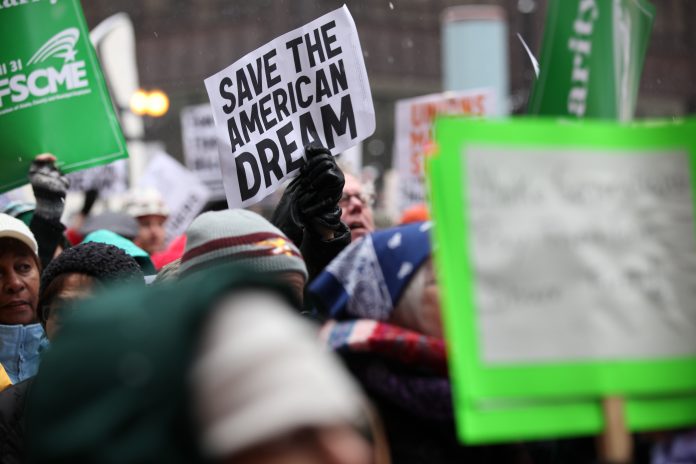 It seems that having higher levels of trust in the government leads people to feel more secure in their jobs, producing better standards of work

According to the Pew Research Centre, trust in the U.S. government has had a vast decline over the last 60 years, falling from 4 out of 5 people trusting the government in 1964 to 1 out of 5 in 2007.

Surveying this decline, researchers interviewed over 420 adults across the U.S. about their trust in the government, as well as factors related to their jobs and overall welfare.

Researchers found that overall, trust in the government was linked to better workplace attitudes – as well as a greater obedience to COVID-19 regulations and higher levels of psychological well-being.

Published in the International Journal of Environmental Research and Public Health, the study reveals that there were different groups with different levels of trust: 26.5% of the people surveyed identified as high trust in government, trusting both federal and state governments; another 25.7% trusted their state but not the federal government.

The second group additionally indicated the most compliance to COVID-19 guidelines which were enforced by the Centers for Disease Control and Prevention at the beginning of 2020.

The group that trusted only the federal government and not the state, was the smallest, at 2.3%. Those who were ambivalent or distrusted both forms of government made up 23.9% and 21.6% of the respondents respectively.

Tahira Probst, a psychology professor at WSU Vancouver and co-author on the study, said: “It may come down to what it means psychologically to be able to trust in entities other than yourself, whether that’s the federal or state government, your organization or your supervisor.

“It’s these internalized beliefs that another entity cares about my well-being and has good intentions—that kind of trust is crucial to facilitating relationships with other individuals and organizations.”

Clear and open communication could benefit this trust in the workplace

Study lead author Lixin Jiang, a senior lecturer at University of Auckland in New Zealand, said: “We found that people can have different trusting profiles, so they either felt they can trust the federal government, but not the state or vice versa. The best-case scenario was when people trusted both types of government, rather than the people who didn’t trust either or felt neutral.”

The surveys ­– which are part of a larger wave of pandemic-related workplace surveys – did not ask respondents their political affiliation. However, the authors highlight that these divisions may have something to do with political parties.

For instance, at the time of the surveys in August 2020, Republican Donald Trump held the presidency, and the states were almost evenly divided among Republican and the Democratic governors.

Probst said: “It’s not surprising that people may trust their local governments more since these often have more immediate effects on their day-to-day lives.

“Consistency of messaging is really important. That’s a challenge in the pandemic because the situation is changing over time, but part of the messaging has to explain to people the rationale for why policies and recommendations are changing, and how they are being made with their best interests in mind.”