Home Open Access News Finance News Can the Bank of England save the day by raising interest rates?

Raising interest rates could curb rising inflation in the UK – but will this help with struggles arising from the conflict in Ukraine and the cost of living crisis?

In order to curb rising inflation, which currently stands at 10.1%, the Bank of England raised interest rates by 0.75%, the highest single rate rise since 1989, taking the rate up to 3% which is the highest it has been in the last 14 years (Monetary Policy Report – November 2022 | Bank of England).

The Bank of England has been raising interest rates in the last eight successive announcements since December 2021 when the interest rate was as low as 0.1% (Bank Rate history and data | Bank of England Database). The causes of the inflation are mixed but are mostly ‘cost-push’ in nature. The conflict in Ukraine has caused rising food and energy prices which seem to show no sign of abating whilst the conflict is ongoing.

The Bank of England is expected to continue to increase rates to peak at 4.75% next year, slightly lower than market expectations, in order to curb inflation which is forecast to continue to rise till the middle of next year before it starts to fall sharply.

Their prediction of a sharp fall in inflation is based on three key expectations, firstly that the interest rate rises will dampen consumer and business spending putting downward pressure on prices; secondly that the six-month energy price cap guarantee announced by the Government in September would bring down general price levels as energy prices are one of the main drivers of current inflation, and thirdly the Bank of England expects the price of imported goods to decline thus calming the UK inflation rate.

However, this prediction does not account for the persistence of the ongoing duration of the conflict in Ukraine, the slowdown in the Chinese economy or the future terms of post-Brexit trade. It’s also worth noting that academic literature indicates that raising interest rates will have little effect on reducing cost-push inflation.

Whom will this rise in interest rates impact?

The immediate impact of the interest rise will be felt by mortgage payers who are on variable or tracker mortgages as they will see an immediate increase in their mortgage payments. The rate rises mean that by the end of 2024, 5.1 million households will see their mortgage costs increase substantially, with an average annual increase of £3,900 relative to Autumn 2022 (The art of expectations management • Resolution Foundation).

The rise in mortgage costs will only compound the cost of living crisis and it is estimated that the real income for the average household will fall by £800 next year. However, the impact will be greater for lower-income households who spend disproportionately more of their budget on food, energy and housing costs. Food inflation is expected to remain at 15% for the next six months whilst private rental prices have increased by 3.6% in the last twelve months to September 2022 (Index of Private Housing Rental Prices, UK – Office for National Statistics (ons.gov.uk).

The rise in interest rates will suppress investment from firms and incentivise householders to save rather than spend in the shops. General economic theory suggests that this might actually contribute to the depth of the economic recession that the Bank of England anticipates.

The Bank of England has also announced a contraction in the economy for the next eight consecutive months that will result in an increase in unemployment from 3.7% to 4.9% next year and to 6.4% by the end of 2025. (Monetary Policy Report – November 2022 | Bank of England). So by slowing the economy and increasing unemployment levels the Bank hopes to put downward pressure on wages in the medium term thus preventing any further inflationary pressures and eventually bringing down inflation to the target level of 2% in two years’ time.

However, the question to ask is at what cost is the BoE trying to achieve the target rate of inflation? The Bank is using interest rates to drive down inflation. The economic recession and rising unemployment will lead to more pain and financial hardship for households and businesses. Will the hardships that the BoE is imposing on households and businesses eventually lead to lower price levels? Given that the main driver of inflation is cost-push, driven by energy prices is raising interest rates necessarily going to address this issue and bring down inflation to sustainable and stable levels?

Regaining credibility after the mini-budget

Would it not be more prudent to address the supply side disruptions that are causing this cost-push inflation in the short, medium and long-term, including UK’s current energy strategy; Brexit and its impact on growth, productivity and pay; and the levelling up agenda? Much rests on the Government’s budget announcement on 17th November.

The Government has a huge task of filling a gaping fiscal hole of approximately £50 billion and regaining its international credibility in the aftermath of the mini-budget announcement in September which spooked the financial markets and sent the pound sterling on a free-fall. Whilst the Government has a fiscal responsibility to fulfil it must make sure it protects the most vulnerable in society.

This piece was written and provided by Dr Shampa Roy-Mukherjee, Associate Professor in Economics, and Dr Michael Harrison, a Senior Lecturer in Finance and FinTech at the University of East London. 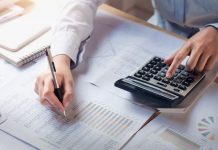