Home Open Access News Education News Majority of Brits believe politics should be taught as part of the...

Matteo Bergamini, Founder and Director of Shout Out UK, says that the majority of Brits believe politics should be taught as part of the school curriculum

Young people have the power to make immense and positive change in the world – I have always believed that. Given the right direction and with the right information in hand, young people have the potential to shape a better world – Greta Thunberg, Jack Andraka, Emma González and Malala Yousafzai are just a handful of names that spring to mind.

I also believe that this applies to our political landscape, now more than ever before. Politics shapes our society; it allows us to be part of the conversation and become involved in the decisions that will ultimately shape the society we want to live in. It was inspiring to witness the #YouthQuake movement around the most general election, with young voters turning out in their millions. However, in reality, screaming at young people to vote once in a blue moon does nothing. Mobilising the youth vote in this way for two elections has proved that it’s too little, too late.

If we want systemic engagement and change, we must bring Political Literacy into schools and give young people a clear understanding of how the system works.

Political Literacy is our mission at Shout Out UK, ensuring that everyone who can vote has a basic understanding of the political system they live under. However, Political Education is not being taught in any but the top private schools. This instigates a class divide, as it ensures that those able to pay know how to influence the system and are Politically Literate, while the rest are not.

Currently, we assume that once we hit the age of 18, we suddenly become enlightened with all the political knowledge we need to engage in politics and vote the way we believe will make positive change. However, this is not the case and the question of whether politics should be taught in schools is one that we decided to put to our audience.

Shout Out UK recently conducted a survey of more than 2,500 members of the British public, looking at the general public’s view of political education, and found that 97% believe politics should be taught as part of the compulsory school curriculum.

Our survey found that more than four-fifths (85%) of participants felt they left school with little to no political knowledge, while less than a third (31%) of respondents between the ages of 18 and 25 years old said they understand how the voting system works.

In addition, 69% of people also said they think Religious Education should be replaced by Political Literacy in secondary schools – a 12% increase since 2017.

Time on the curriculum is limited – we need to prioritise.

As a nation, we should be pioneering to make sure our voices – the voices of young people – are heard, and to think that 85% of people felt that being taught politics in school would have helped them, is a clear indicator that something must change.

How can we expect the young people of this country to engage with the system in the long run when less than a third understand how the voting system actually works?

The fact that politics has been overlooked as a compulsory area of learning, despite its real-world significance, is baffling. Teaching political literacy in schools is the first big step towards fixing this. 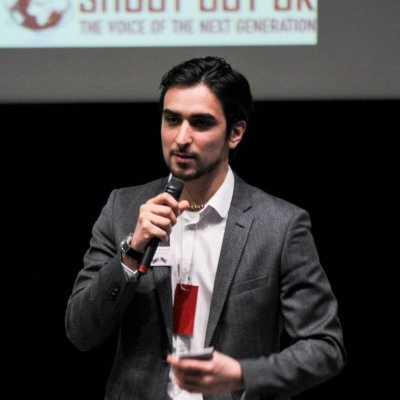